Smith made history when she became the first player born in the 2000s to play in an official game for the U.S. Women’s National Team last November. 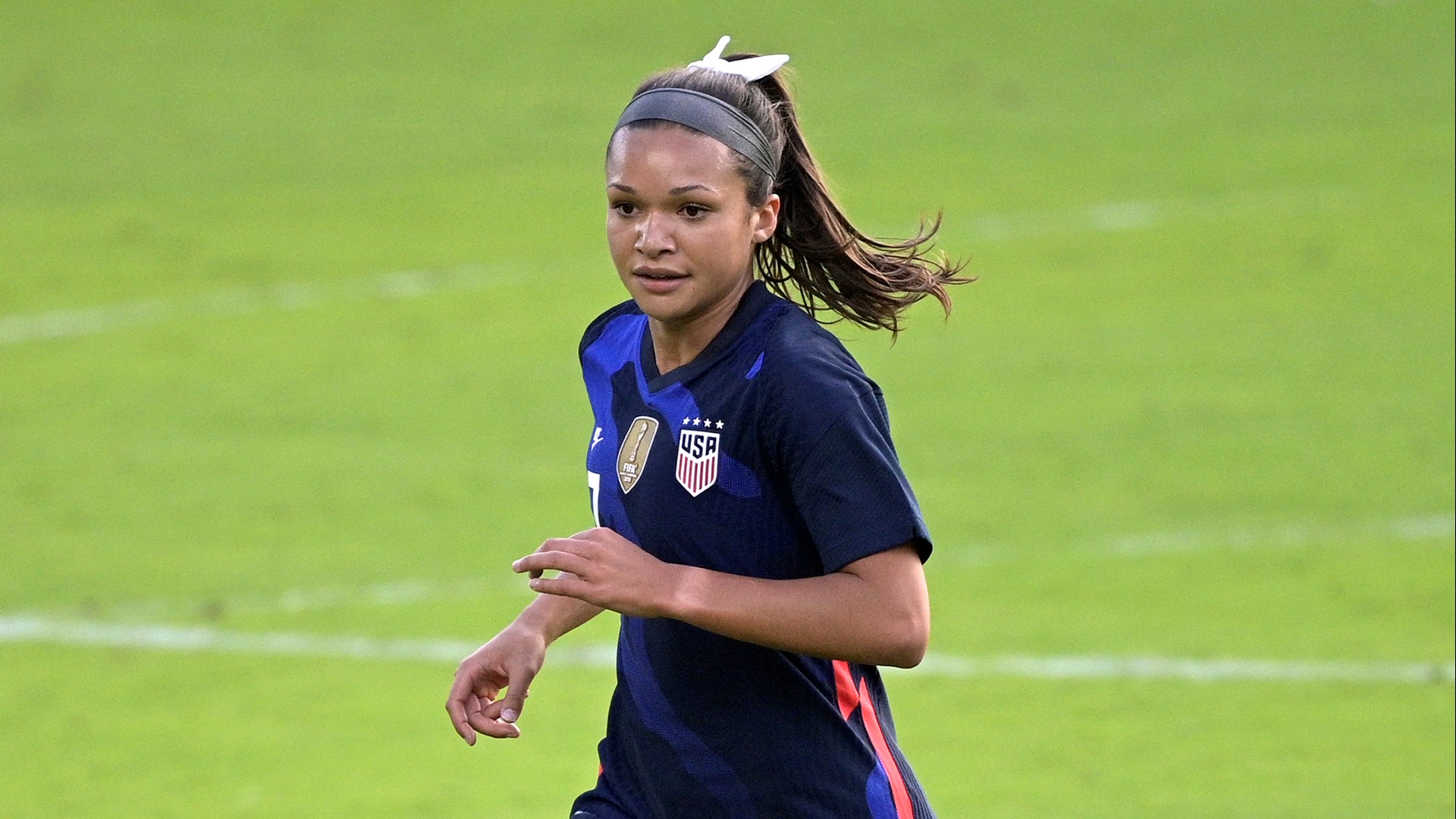 The forward from Windsor, Colorado made history in November 2020, becoming the first player born in the 2000s to earn her first cap with the USWNT.

"I had a lot of emotions going into my first cap, but overall I just tried to stay relaxed because I know when I'm calm and when I'm collected, that's when I play my best soccer," she said. "So I was excited, I was nervous, I was anxious, but ultimately, I kept telling myself this is an amazing opportunity and to just be yourself, because that's what got you to where you are."

Her nerves finally settled when she got her name on the score sheet in the final game of the SheBelieves Cup. Smith notched an assist to one of her heroes in the 6-0 win over Argentina.

"It felt like all of the work I had been putting in had just paid off. Obviously, being to Alex Morgan was kind of unreal, because she's someone I grew up watching play and I looked up to. She's a goal scorer, so obviously she was a role model to me," Smith said. "To be able to assist her in her first goal as a mom and to see someone like Alex, who has done what she's done, to have a kid, to come back and continue where she left off, and to help her be a part of that, it's an honor and it's something that I'll definitely remember for the rest of my life."

Smith is on the cusp of playing in her first Olympics this summer. Only 18 players make the final roster, which will be determined likely in June. She believes she has the potential to make the final cut.

"Anytime I get to put on that USA jersey, it's an honor and it's one of the biggest honors anyone can have, and so to make that roster at a young age would be huge and it's something that I dream about every single night," she said. "But just to play on that stage and to represent this country is just an amazing thing that very few people get to experience, so I would definitely embrace it, and never take it for granted."

The Fossil Ridge grad is currently on leave from Stanford University, after being the first-ever teenager drafted into the NWSL in 2020 with the Portland Thorns. Smith scored her first professional goal on Sept. 20, playing in four games in the inaugural season.