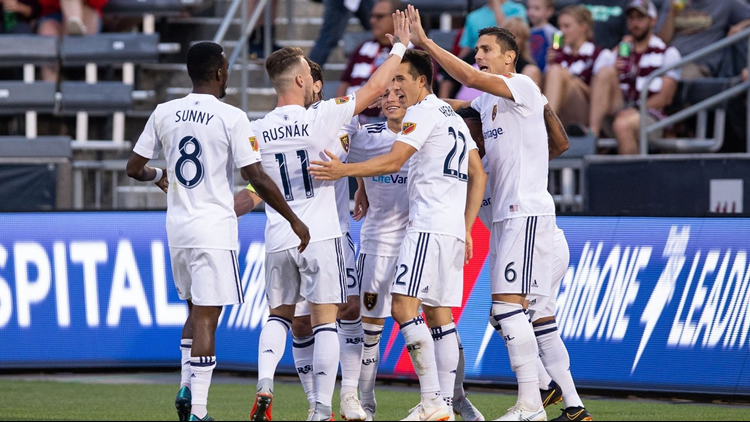 Jefferson Savarino had two goals and an assist to help Real Salt Lake beat the Colorado Rapids 6-0 on Saturday night.

Colorado's Niki Jackson and Bismark Boateng were each shown a red card in the ninth and 45th minute, respectively.

Damir Kreilach opened the scoring in the sixth minute, first-timing a cross by Plata past a diving Tim Howard from the corner of the 6-yard box.

Savarino, a 21-year-old forward, scored in the 33rd and then rifled a right-footer into the top corner of the net from outside the box to make it 3-0 in the 58th minute.

Joao Plata put away the rebound of his own shot in the 69th, Baird added a goal in the 74th and Albert Rusnak capped the scoring in the 86th minute. He first-timed a volley inside the near post for his third goal in the past two games.