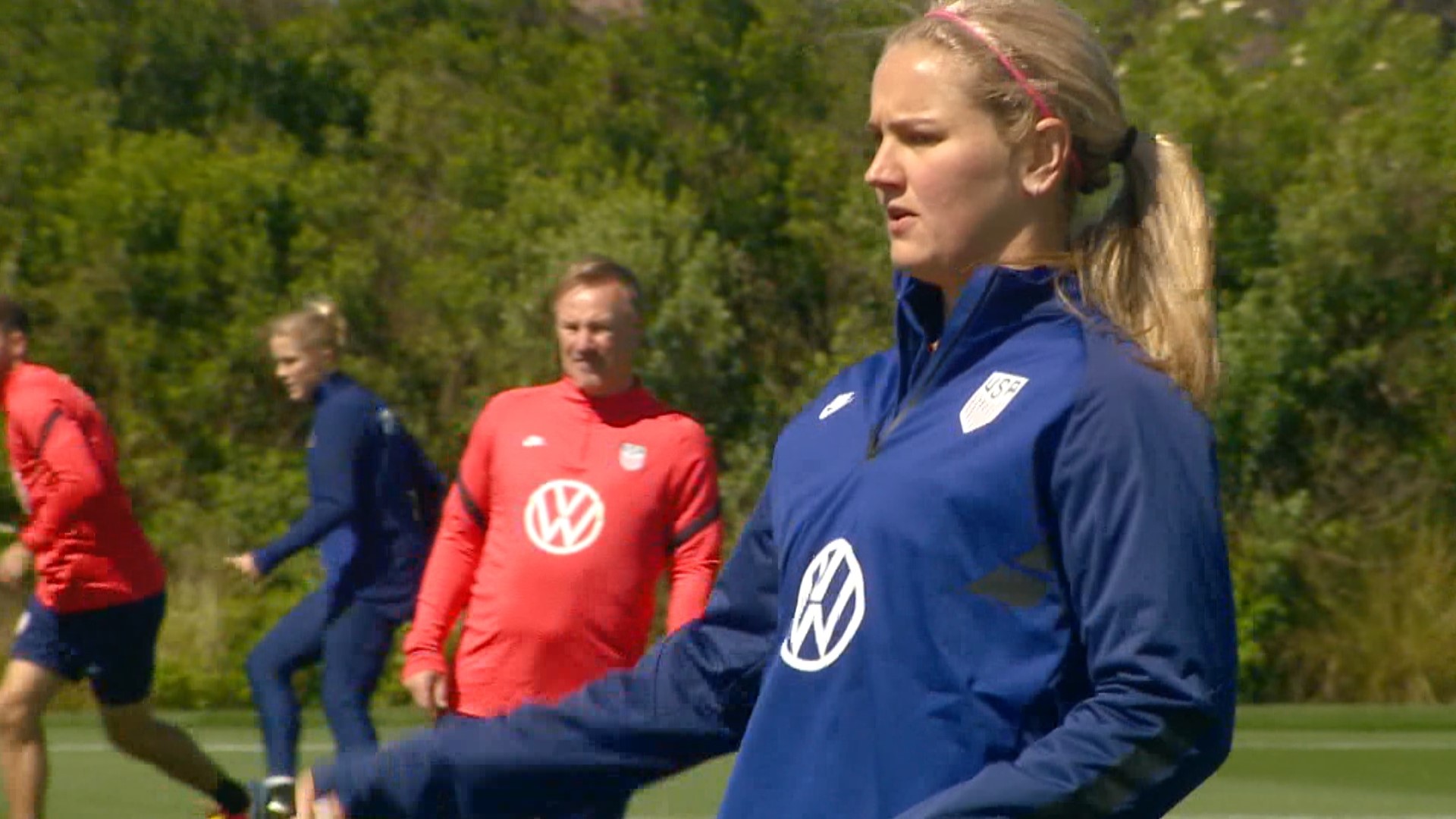 COMMERCE CITY, Colo. — For a pair of USWNT players, this is home.

The United States Women's National soccer Team is currently in Colorado, conducting training camp at Dick's Sporting Goods Park. It is the first time the team has come together in seven months. The team last participated together back in March at the 2020 SheBelives Cup.

It's a homecoming trip for Colorado natives Lindsey Horan and Sophia Smith.

Both Horan, a 26-year-old midfielder from Golden, and Smith, a 20-year-old forward from Windsor, now play professionally for the Portland Thorns.

The two have become close through their time together.

"She's someone who I hope to follow in her footsteps," Smith said of Horan. "Getting to play alongside her and getting to watch her every day in practice, I've learned so much from just her alone."

Smith was a standout at Fossil Ridge High School in Fort Collins. She was selected No. 1 overall in the NWSL draft at the beginning of the year.

"I'm really excited for her future, and her future on this team," Horan said of Smith. "She's already setting a good standard for herself and there's a lot more to come."

RELATED: US women's soccer team players have options after setback in court