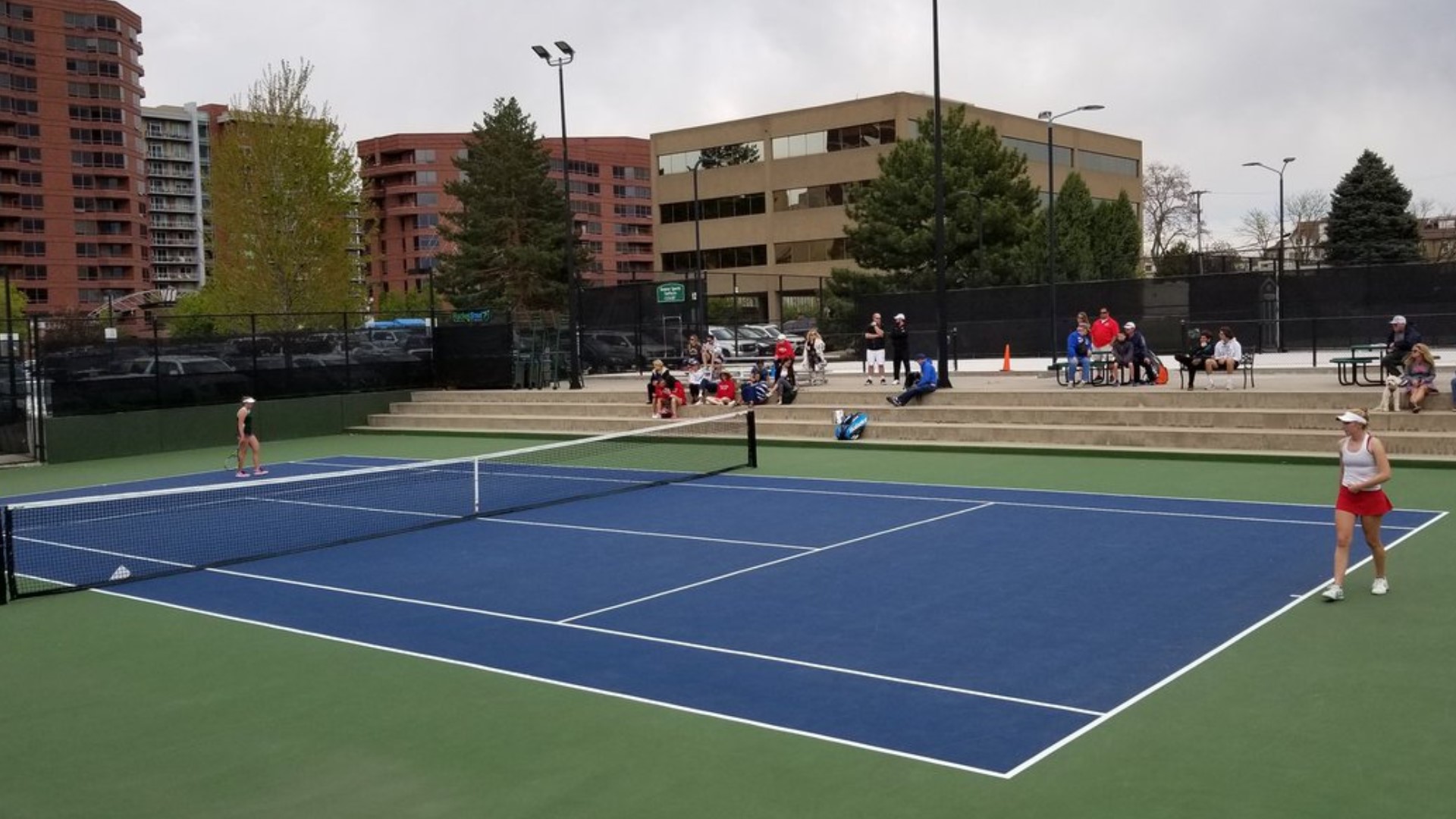 The first state championships of the spring season are in the books.

Girls tennis wrapped up its season on Saturday with the conclusion of this year's two-day tournament, which was condensed due to Thursday's weather.

Highlighting the Class 5A tournament at Gates Tennis Center were some familiar story lines, as well as some new ones.

Coming as a surprise to no one, Cherry Creek brought home the team title for the third year in a row. The Bruins have won 23 of the past 25 years for their 36th championship in program history. Only one other program (Cheyenne Mountain, 22) has more than five.

Cherry Creek racked up 74 total points as a team, 31 more than runner-up Chatfield.

On a different note, the No. 1 singles title belongs to a Smoky Hill player for the first time in 32 years.

Leading the top doubles play were Anna Fusaris and Halley Mackiernan. The Cherry Creek duo won No. 2 doubles last year as freshmen, and did the same this year as sophomores at No. 1 doubles over Fossil Ridge's Hanna Preiss and Julia Scimeca (6-2, 6-3).

"It's just great knowing your partner so well," Fusaris said.

Mackiernan added: "It feels great and is kind of hard to imagine. It's kind of unreal right now, but it feels amazing."

Alexis Bernthal of Fairview won 6-3, 6-2 over Chatfield's Christine Jevicky at No. 2 singles.

"The goal was to win this year, and I'm really glad I got to execute that," Bernthal said.

No. 3 singles was won by Cherry Creek's Sayuri Garud, who defeated Mikaela Haas of Lakewood 6-2, 6-1.

The Bruins also boasted doubles champions in Kaki Cantor and Miranda Kawula (No. 2), as well as Ella Barclay and Dahlia Rappaport (No. 4).

Chatfield's Wesley Sternberg and Kaitlyn Speer battled back from dropping their opening set to win No. 3 doubles.

Full results from the 2019 Class 5A girls tennis state championships can be found here.

Watch the video above and see the highlights on the 9NEWS Prep Rally on Sunday morning.