Texans use their first two picks of NFL draft on offense

Houston selected Davis Mills out of Stanford with their first pick. Then they grabbed Nico Collins from Michigan with their second.

HOUSTON — It took until the third round, but the Houston Texans have their top two picks – a quarterback and wide receiver.

With their first pick, Houston took Davis Mills from Stanford. Mills is 6-foot-4 and weighs 225 pounds. Last year, he threw for 1,506 yards and seven touchdowns with three interceptions. 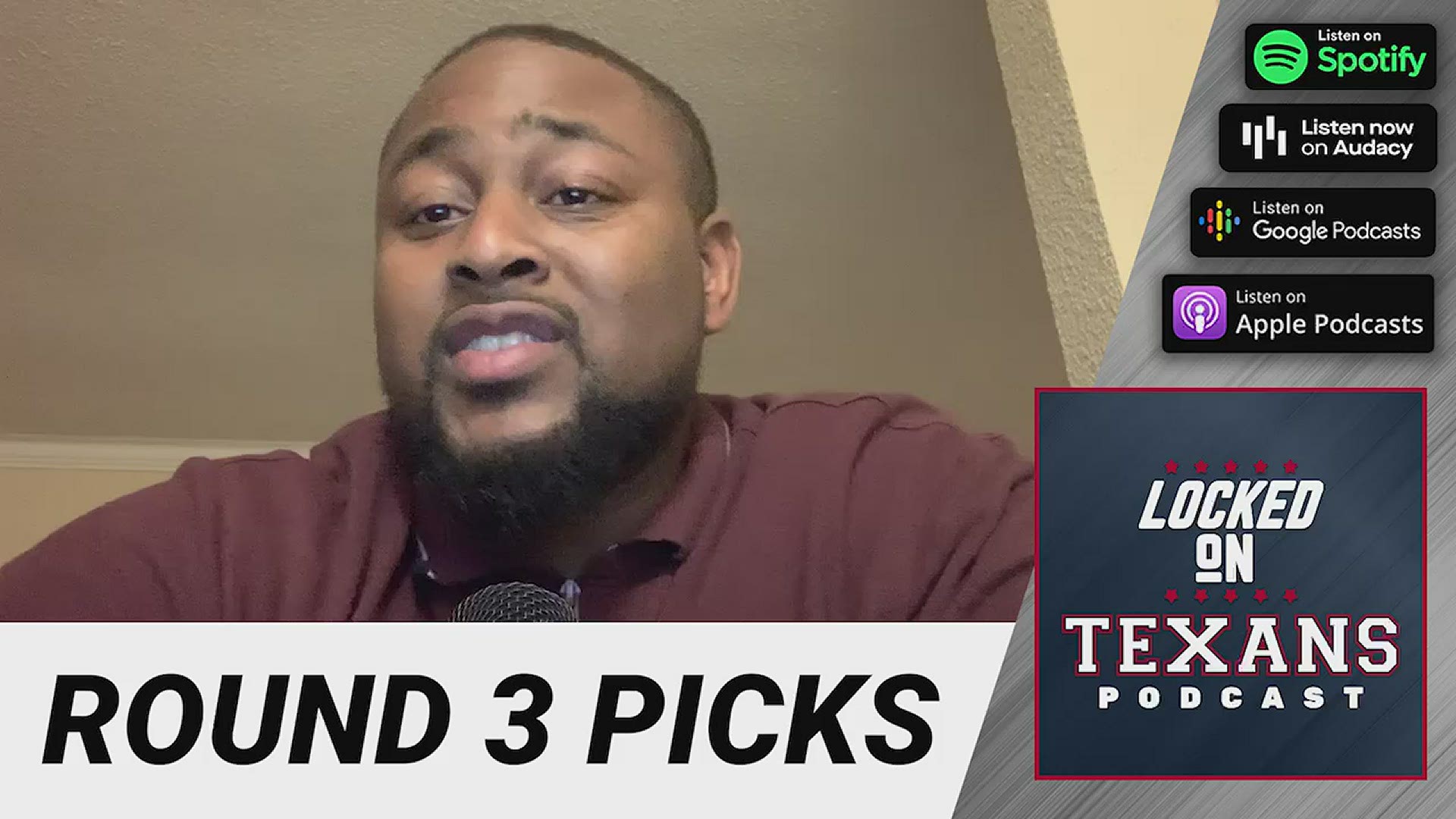 "He looks the part," said KHOU 11's Jason Bristol. "A year ago, no one would have even entertained the idea of the Texans choosing a quarterback with their first pick. But here we are."

"There's so many holes on this roster," Bristol added. "I think they could have instead found an instant starter at another position. (Mills) must have been rated extremely high on Houston's draft board."

I'm cool with taking a swing on a QB every year until you find one. If it works with Mills, it'll be because he's accurate and decisive, and still has plenty of room for growth after only 438 career pass attempts.

With their second pick, Houston took Michigan wide receiver Nico Collins.  Collins is also 6-foot-4 and will tower above others receivers.

According to the Texans, Collins was voted 2019 Offensive Player of the Year by his teammates.  He played caught 37 passes for 729 yards and 7 touchdowns.

WR Nico Collins was a two-time All-Big Ten honorable mention from the coaches and media (2018-19) and notched 78 receptions for 1,388 yards (17.8 avg.) with 13 touchdowns during his @UMichFootball career. https://t.co/UltcZVEHC4