Alirez was the number 1 rated prospect in the class of 2019 out of Greeley Central and could have gone practically anywhere in the country, but decided to stay home. 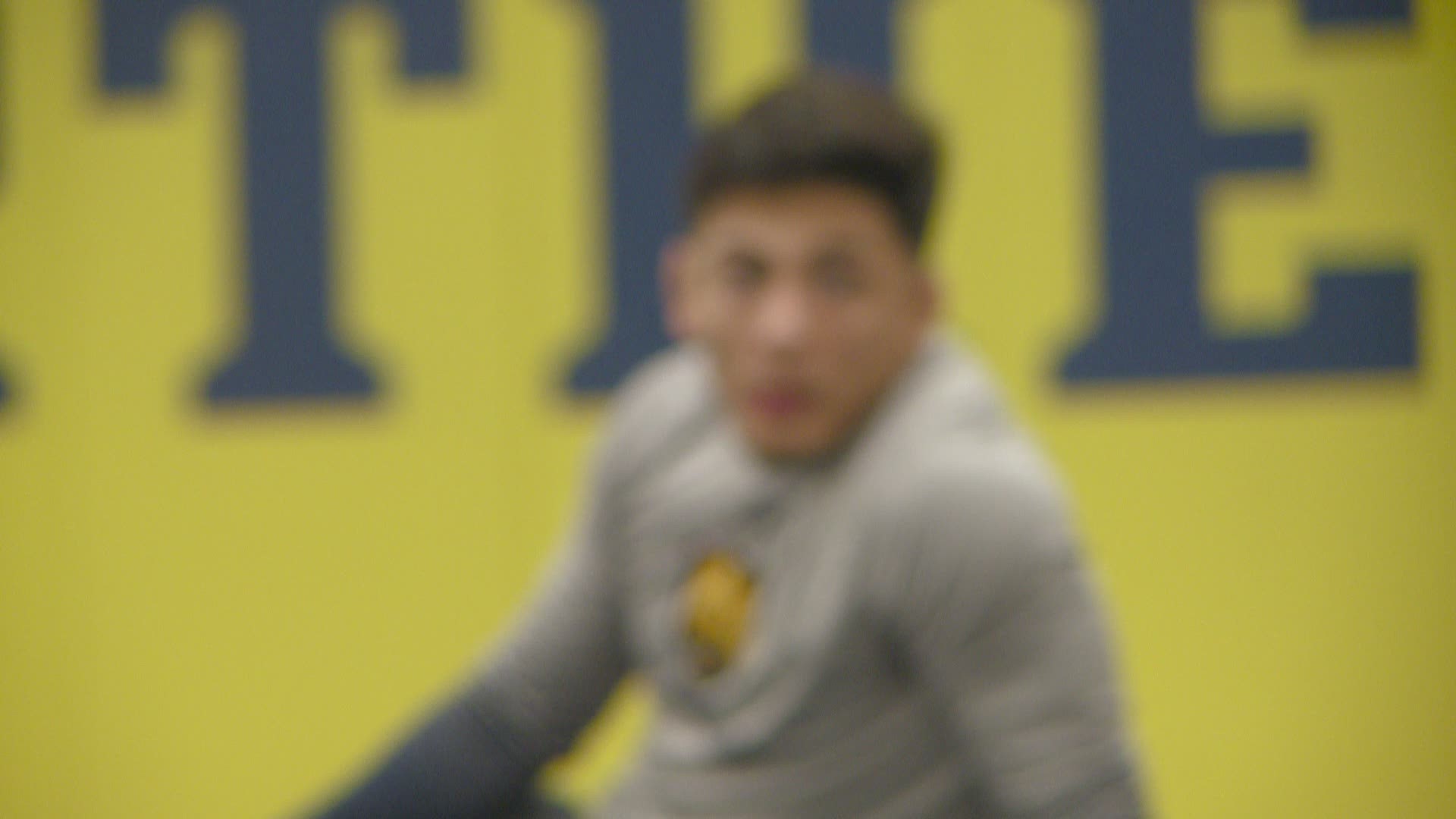 “Yeah I want to be right there in the middle. The national champion. I want to reach the pinnacle," Alirez told 9NEWS.

Greely native and Northern Colorado wrestler Andrew Alirez has his goals set high. He was the number one rated prospect in the class of 2019 out of Greeley Central High School and could have gone practically anywhere in the country, but decided to stay home.

“Yeah man I want to represent G-Town, I love this city. You can win here in Greeley, so I figured why would I go leave to one of these bigger schools when I could kind of start something from the bottom out the mud," Alirez said.

There is no mud on the wrestling mats where the 5-foot-6 sophomore dominates, but there is sweat from the hard work that he’s put in since his childhood wrestling days.

“I have my whole family here. My dad, my mom, my family my support system so... I may not have the world around me but you know I got a pretty good team surrounding me," Alirez said.

“Being from here, growing up here, and then kind of being one of the guys you know the captain where everybody looks at is that dude that you’ve seen wrestle in the eight and unders here at little tournaments in town so it does mean a lot," Alirez said.

Andrew’s mindset is different than most. He calls himself a ‘Latin Dawg,' referencing his Latin American heritage. He says Latinos fight with a different sort of heart and passion.

“It’s just like a pit bull, you know. You could be beating up on a pit bull, it knows nothing else but to attack and I like to keep that same mentality in my matches: no matter who it is, no matter what it is," Alirez said.

“He is a fighter, you know, born and bred,” said UNC Head Coach Troy Nickerson. “He’s a fighter. He’s always going to compete his hardest out on the mat. He’s really just one of those kids that’s gonna find a way to win.”

After his wrestling career is over, Alirez will look to transition into an MMA career. But for now, wrestling is still his top priority.

“I want to win multiple national titles. I want to make Olympic teams, win Olympic titles, medals, world medals. I believe in myself and I think I’m more than capable," Alirez said.

And no matter where this Latin Dawg’s career takes him, he knows Greeley will always be home.

“I love this town, you know I’ve been here my whole life, I don’t plan on leaving ever," Alirez said.