Colorado's visually impaired hockey players lace up their skates as part of the Visionaries Blind Hockey program to play the sport they love on the ice. 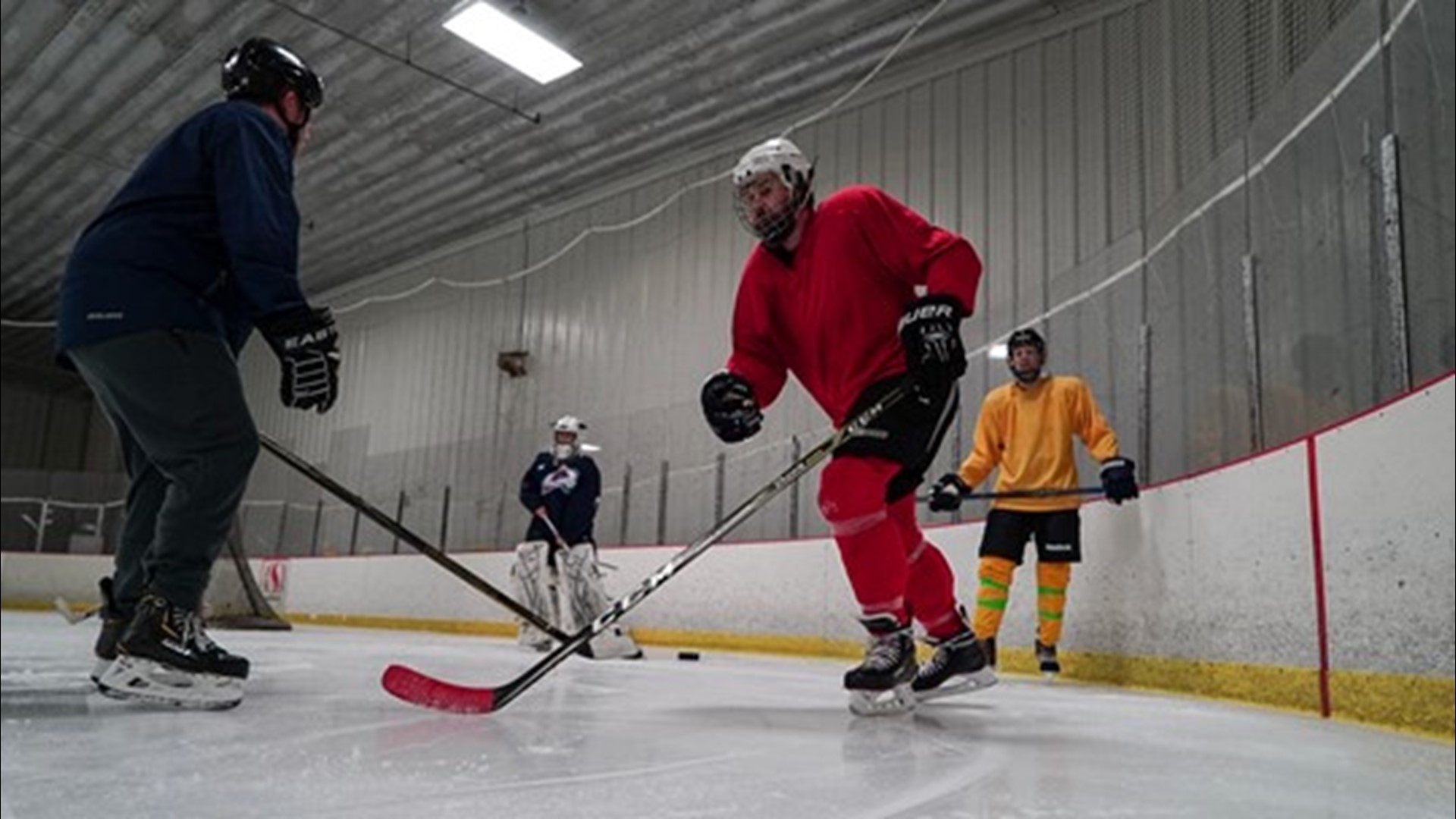 Hockey is the light in dark times for the athletes who step onto the ice.

"It means everything," Colorado Visionaries Blind Hockey coordinator and player Geoff Martin told 9NEWS. "As much of an outlet as this is for me, it's because of giving this opportunity to everyone, to these kids, and seeing the smiles on their faces [that] is beyond words. It's incredible."

It is an opportunity to become part of something bigger.

"To me hockey is teamwork," Martin said, "And teamwork is a lesson that translates to all aspects of your life. You get this sense of belonging when you’re on a team and when you’re participating in something like this."

Martin and a group of visually impaired athletes are doing what would normally be perceived as impossible, gathering on the ice to play hockey...blind.

The sport is the same ice hockey you'd watch on television, in an arena or on a pond with a few alterations.

It utilizes a larger puck with ball bearings inside that make noise when it is struck or moving. This allows players to locate and track the puck as it moves for those who are fully blind and is larger so players partially blind can see it more clearly.

Each player from young to old have their different backgrounds of becoming blind. From being born blind, developing blindness or accidents, they've embraced their blindness and call themselves hockey players.

Mike Staub, a blind hockey goalie, was involved in a serious car accident 21 years ago breaking his back. After waking up from surgery he was completely blind in one eye and can see only a pin-sized hole of vision in the other.

"I always told my sons that life's going to kick you a lot," Staub said, "how you react to it is who you are."

“I drive my wife crazy because all I talk about is hockey,” Staub said. "It’s kind of addicting, every time I’m out here on the ice and doing this I just don’t want it to end, [I want] more, more, more, more.”

For younger athletes like 9-year-old Sean Batal, who has genetic disorder called Albinism, sight has been an issue throughout their life, making suitable athletics harder to find at an early age.

However, after Sean and his mom found the blind hockey program he was able to have fun and concurring a difficult sport he loves surrounded by kids just like him.

It's a program that providing opportunity and a sport that is changing lives.

"[It's] a challenge, when you're growing up with a visual disability or blindness you're not able to participate in youth sports like a lot of other kids so this is the goal of this program is to give that outlet," Martin said.

“My goal is to learn how to be a right-side defenseman and eventually be on the team USA blind hockey team,” 32-year-old Steve Patten who was born with macular degeneration told 9NEWS.

“I was born blind, but blindness has not defined me my entire life,” Patten said. “There’s a huge difference between ability and availability and now it’s available to us and I’m able to do it.”