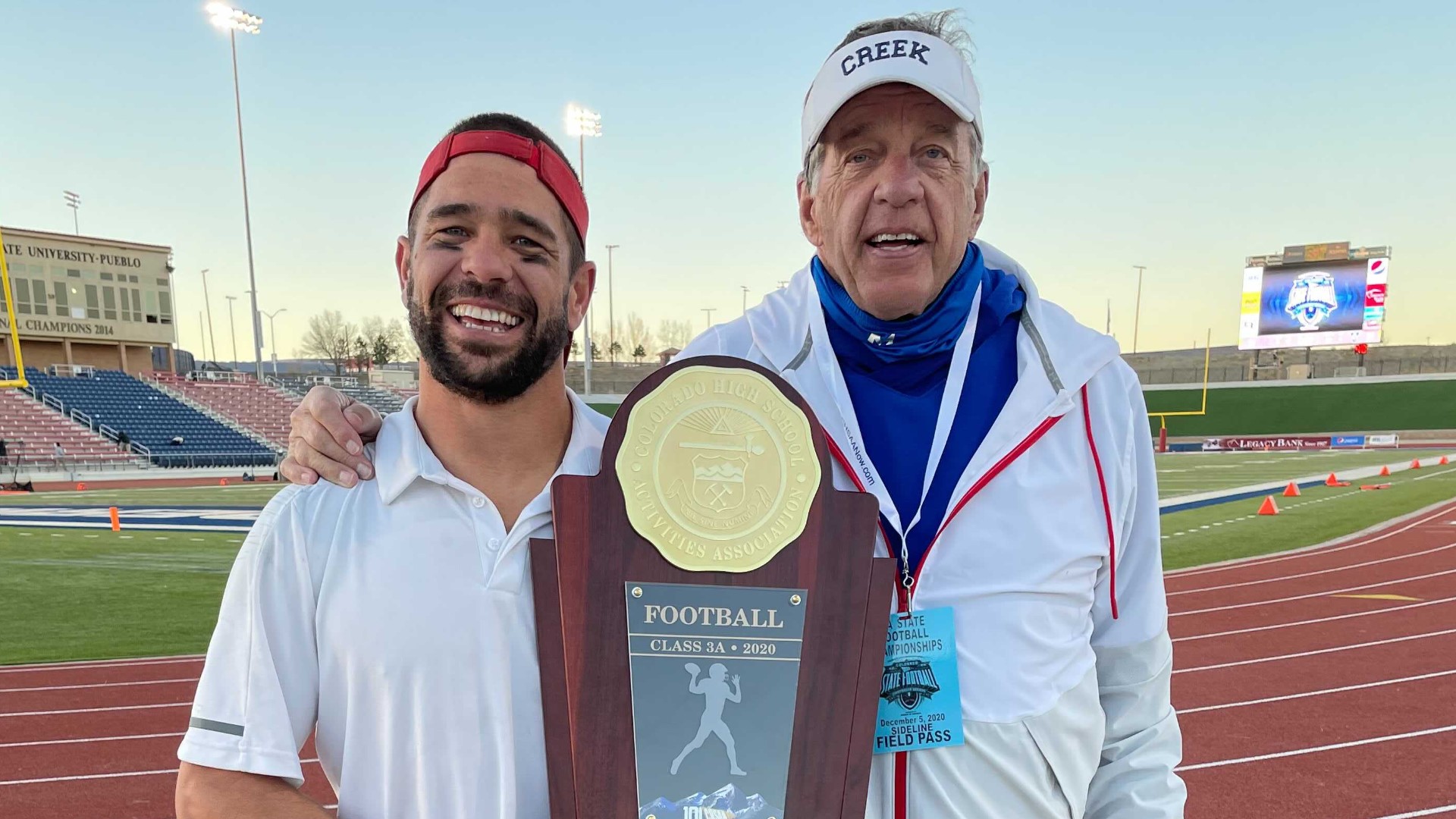 John Vogt and his son David Vogt had a day to remember at the 2020 Colorado high school state football championships at CSU-Pueblo.

The following game featured Cherry Creek shutting out Valor Christian to defend its 5A state title. John is an assistant coach on Creek's team.

"It was really special to win one and share that with my dad," David said.

"That moment you'll take to your grave, you'll never forget what happened that day," John noted.

In a Zoom call interview with 9NEWS's Scotty Gange the two reflected on their life together through playing and coaching football and how incredible the 2020 state championship weekend was.

"I keep going back to relationships but it’s the real deal to see him nurture that it’s just immense," John said in awe of his son's ability to lead Durango's team.

The two are very close, along with the rest of their family and the game of football has made their relationship together that much stronger.

RELATED: Cherry Creek's Arden Walker is a monster on the field, fashion expert off it