15 apps parents should look out for on their kids' phones

Police around the country are reminding parents about potentially dangerous apps. 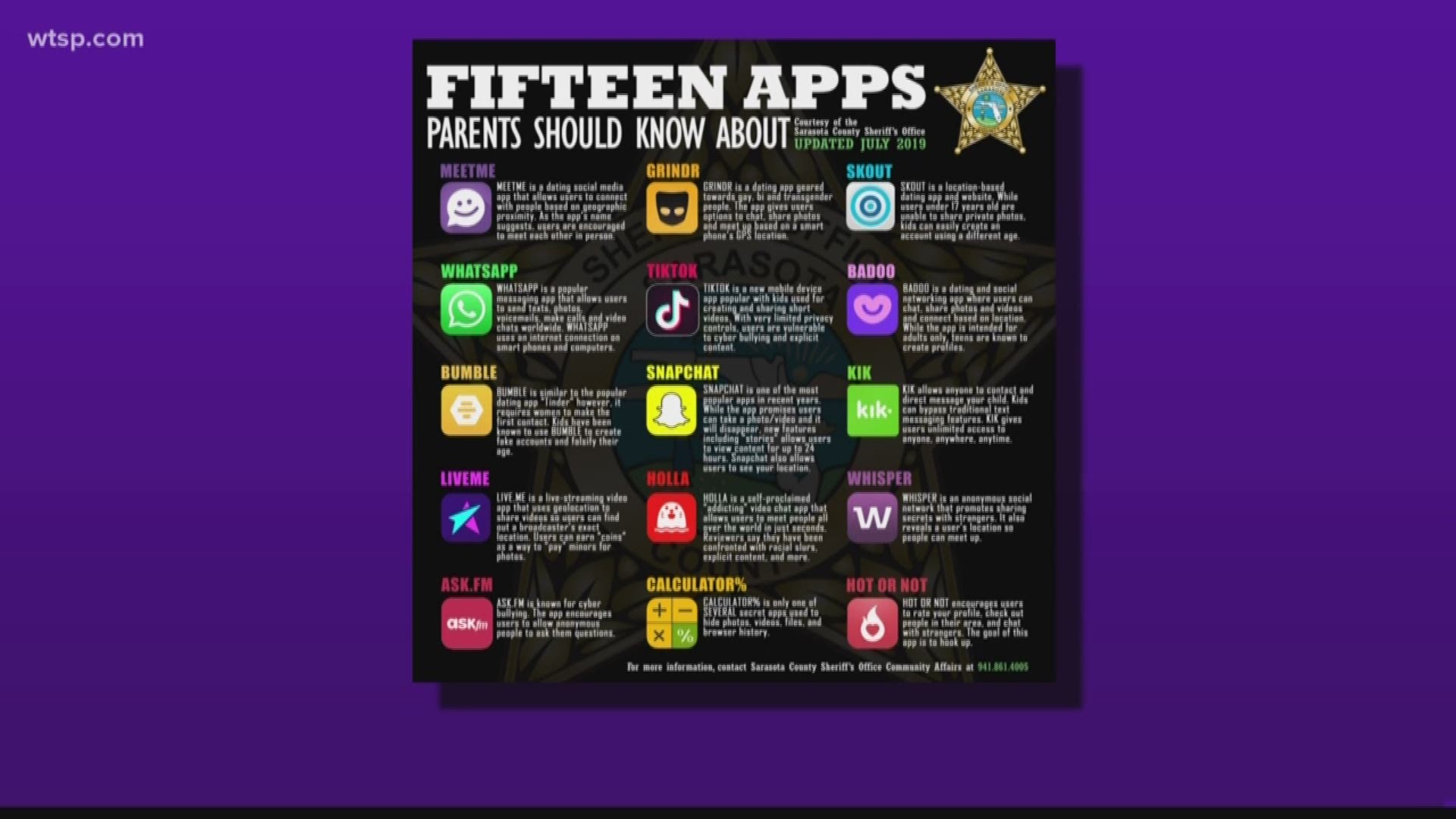 With several recent reports of arrests made after online predator and human trafficking stings, law enforcement officers around the country are reminding parents about potentially dangerous apps their kids could have access to.

A few weeks ago, the Sarasota County Sheriff's Office said 25 people were arrested during an operation targeting online predators. Sheriff Tom Knight said all of the men arrested utilized "the internet and mobile applications to contact the children to have sex."

The sheriff's office, and most recently the Madill Police Department in Oklahoma, shared graphics showing 15 apps parents should know about.

App parents should know about, according to law enforcement

Back in May, Apple and Google removed three dating apps from their stores after reports of the apps allowing children as young as 12 to access them. The Federal Trade Commission said apps Meet24, FastMeet and Meet4U appeared to violate the Children's Online Privacy Protection Act and the FTC Act.

The apps are operated by Wildec LLC, a Ukranian company, according to the FTC. They collect a user's birthdate, email address, photos and real-time location data. The FTC claims the apps failed to block users under the age of 13 from using the apps or from being contacted by other users.

1. Once a picture or video leaves your phone and is sent to someone else, it is out of your control.

2. Someone can use that picture or video against you.