Hurricanes aren’t a problem we deal with here in Colorado, but some scientists and researchers in our state are helping improve the forecasts for those storms. 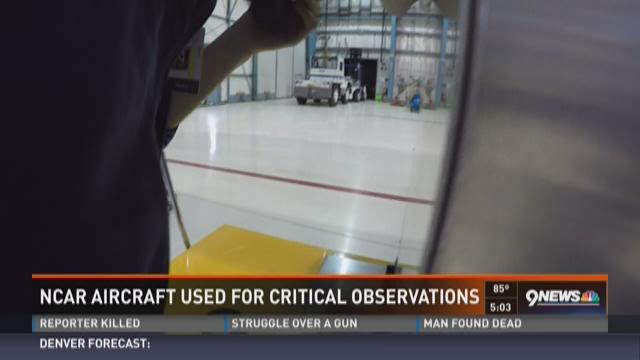 It normally hangs its hat in an airplane hangar in Broomfield, but right now, that Gulfstream V is far from home.

“This is a really important time to understand these observations, as these storms approach land in the United States,” said NCAR Project Manager Louis Lussier.

The National Center for Atmospheric Research operates the high-altitude research plane. 9NEWS first showed you inside earlier this year, as it prepared for a mission to Antarctica. It’s normally based at Rocky Mountain Metropolitan Airport in Broomfield. Now, though, it’s on its way to the Pacific Ocean to track Hurricane Lester, which is expected to hit Hawaii.

“As they come on land, we need to know how strong the winds are, how strong the storm surge and without the real-time observations of that, you can put people in much more danger than they would normally be without understanding this data,” Lussier said.

The data is collected with disposable sensors, which are dropped from the plane at 45,000 feet --falling all the way down through the storm.

“They’re the work horse of hurricane research and hurricane observations over the last several decades,” Lussier said. “They kind of look like the inside of a paper towel roll, for lack of a better word. And it has several sensors inside: temperature, winds, pressure [and] humidity.”

It is all critical information that can improve hurricane forecasting and potentially save lives in the path of the storm.