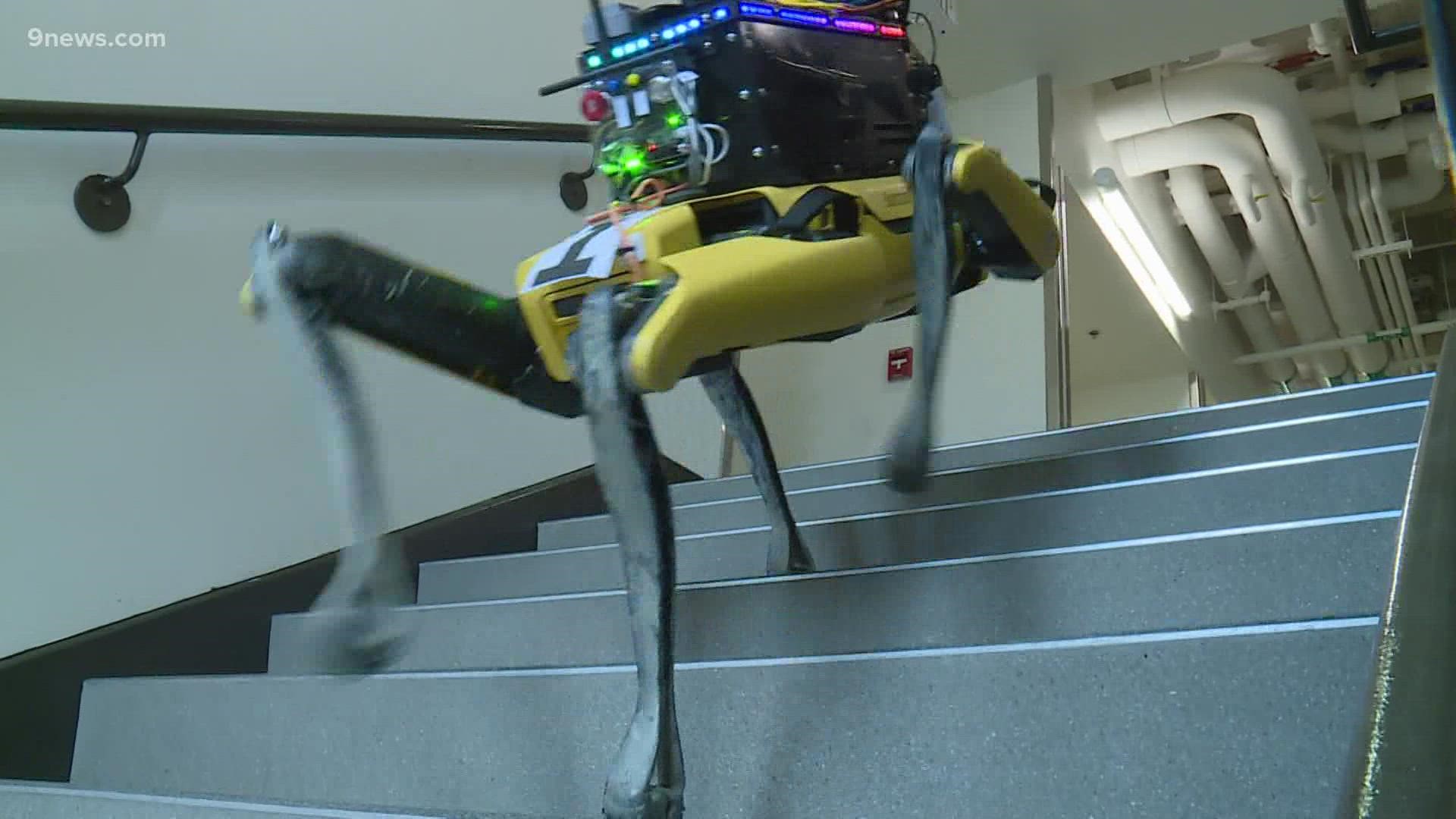 BOULDER, Colo. — A team of engineers from CU Boulder is hoping their search and rescue robots will take their abilities to the next level -- or you could say down a level, because these rescue bots are subterranean.

"It could be a situation where there is a risk of the ceiling collapsing, or maybe there is too much smoke or other particles in the air," Biggie said. "You wouldn't want to send humans in, but it would be a great application for robots."

With these situations unfolding underground, there could also be complete darkness, with the walls of the earth blocking communications and GPS location abilities.

So the engineering students had to program their robots, which consist of quadrupeds and wheeled robotic vehicles, to complete search and rescue operations without any help from humans.

“These robots do everything autonomously. They map the environment, explore it, and report back,” Biggie said.

The bots are even programmed to work together to solve problems and overcome obstacles.

"A single agent cannot do what a team of robots can do," said Shakeeb Ahmad, another Ph.D. student on the CU Boulder team. "Each robot has different abilities, and they can decide which of them is more suited for different situations."

“That’s amazing. Even though we work on it, it always is fascinating,” Ahmad said.

And what better way to test these robots than in competition?

The Subterranean Rescue Challenge is an underground search and rescue competition meant to put these robots to the test.

CU’s robot team is called MARBLE, which stands for Multi-agent Autonomy with Radar-Based Localization for Exploration. Also on the MARBLE team are engineers from Massachusetts-based Scientific Systems Company, and the University of California Santa Cruz.

They will be competing against other universities and organizations from all over the world, including NASA, MIT, and Caltech.

The challenge is sponsored by the Defense Advanced Research Projects Agency (DARPA), an extension of the U.S. Department of Defense.

RELATED: Colorado team thinking about how to move moon dust

It's the third and final stage of the competition, which started in 2019.

The organization built a rescue course at the Louisville Mega Caverns in Kentucky. It will be a mix of tunnel systems like mines, urban underground settings, and natural cave networks. The robots will score points based on clues they are able to find in the course.

"They can find backpacks, cell phones, climbing ropes. Anything that may indicate human presence," Biggie said. "DARPA is not going to make it easy. I expect there will be mud, fog, tight spaces, staircases, blocked doorways, you name it."

The Subterranean Challenge is expected to drive innovation and polish the next generation of rescue bots, and DARPA is backing it up with $5 million in prizes to winning robotics teams.

“I really hope that we use the technology for the betterment of humanity,” Ahmad said.

The finals of the competition start on Sep. 21 and will be broadcast by DARPA on SubTV. A link should become active as the finals get closer. DARPA is also posting the latest announcements on Twitter.