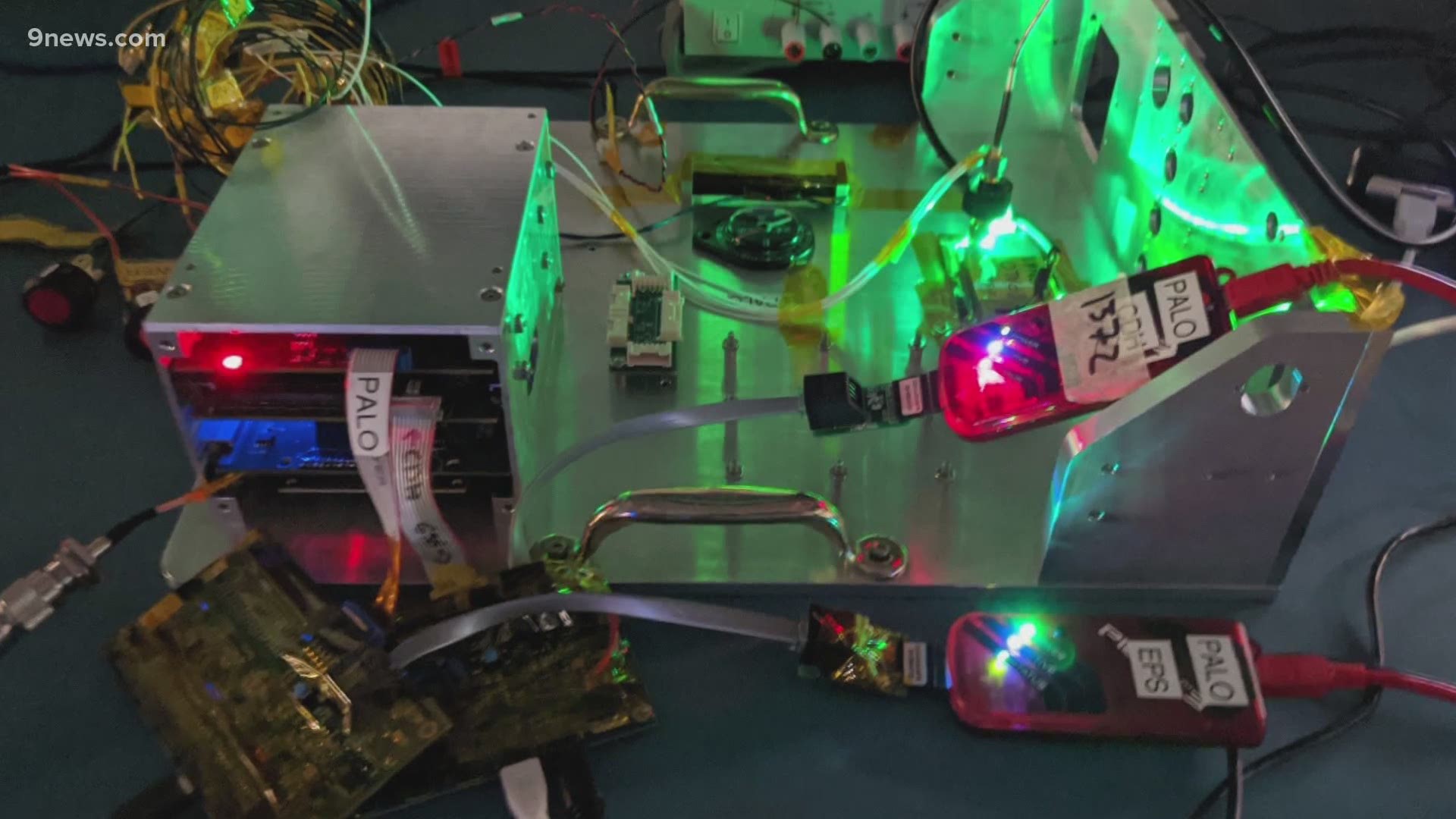 BOULDER, Colo. — Students everywhere have had to adapt to remote learning during the COVID-19 crisis, and that includes aerospace engineering students at the University of Colorado (CU) Boulder.

In March, they were in the middle of building a communications satellite called Maxwell, when they got word that the campus in Boulder would likely be closing due to the spread of the novel coronavirus.

“And that’s when it got kind of crazy because we knew that we needed to get our satellite set up so everything was going to be remote,” said Elliott Harrod, the systems engineer on the Maxwell Project.

He and his fellow students set it up so they could access Maxwell’s software and components remotely, while it sits partially assembled in the lab on campus. The opened up mode called "flatsat" allows full function of the satellite with its components exposed for adjustments.

"We've been able to kind of re-prioritize things, and move things that we were planning on doing later, and move them to do them now because they can be done remotely," said Matthew Zola the project's manager.

CU just opened its brand-new, state-of-the-art Aerospace Engineering building in the beginning of this school year, but with that now closed to students, they had to find a new base of operations.

"One of us said, 'why don't we just take this equipment to your house and set it up,'" Harrod said. "And surprisingly, professor (Scott) Palo said yes, take what you need and make it happen."

So in Harrod's off-campus student housing apartment, they set up a makeshift satellite construction center on top of a table purchased off of Craigslist.

Maxwell is a downsized satellite called a Cubesat, about the size of two loaves of bread. It's part of the university's nano-satellite program and scheduled to be launched into space sometime in 2021.

The students have been adding a new communications ability to help make this less-expensive satellite just as capable as the bigger ones. It’s called Code Division Multiple Access technology (CDMA).

Working on a satellite from home has its hurdles, but it did provide the students with an experience that goes beyond their expected coursework.

“It was a unique challenge for us because when our satellite is in space, we’re going to have the same issue," Zola said. "We can’t change any wires once it's launched.”

They are hoping to get access to the satellite sometime this summer to complete the physical assembly. The United States Air Force will provide the rocket to lift Maxwell into space as a secondary payload on one of next year's launches.

It's too early to tell if the COVID-19 shutdowns will impact that launch window when it comes.

“So once we deliver, and we’re ready for launch, I don’t care where it is, I’m going to be there," Harrod said. "And it’s going to be really satisfying to pull down that first bit of data.”

CU Boulder students have a rich tradition of building and launching Cubsats over the last four years. Maxwell will be the 10th to be actually launched into space.