In February, the Defense Department — operating under President Biden — announced it would investigate the circumstances behind Trump’s Space Command decision. 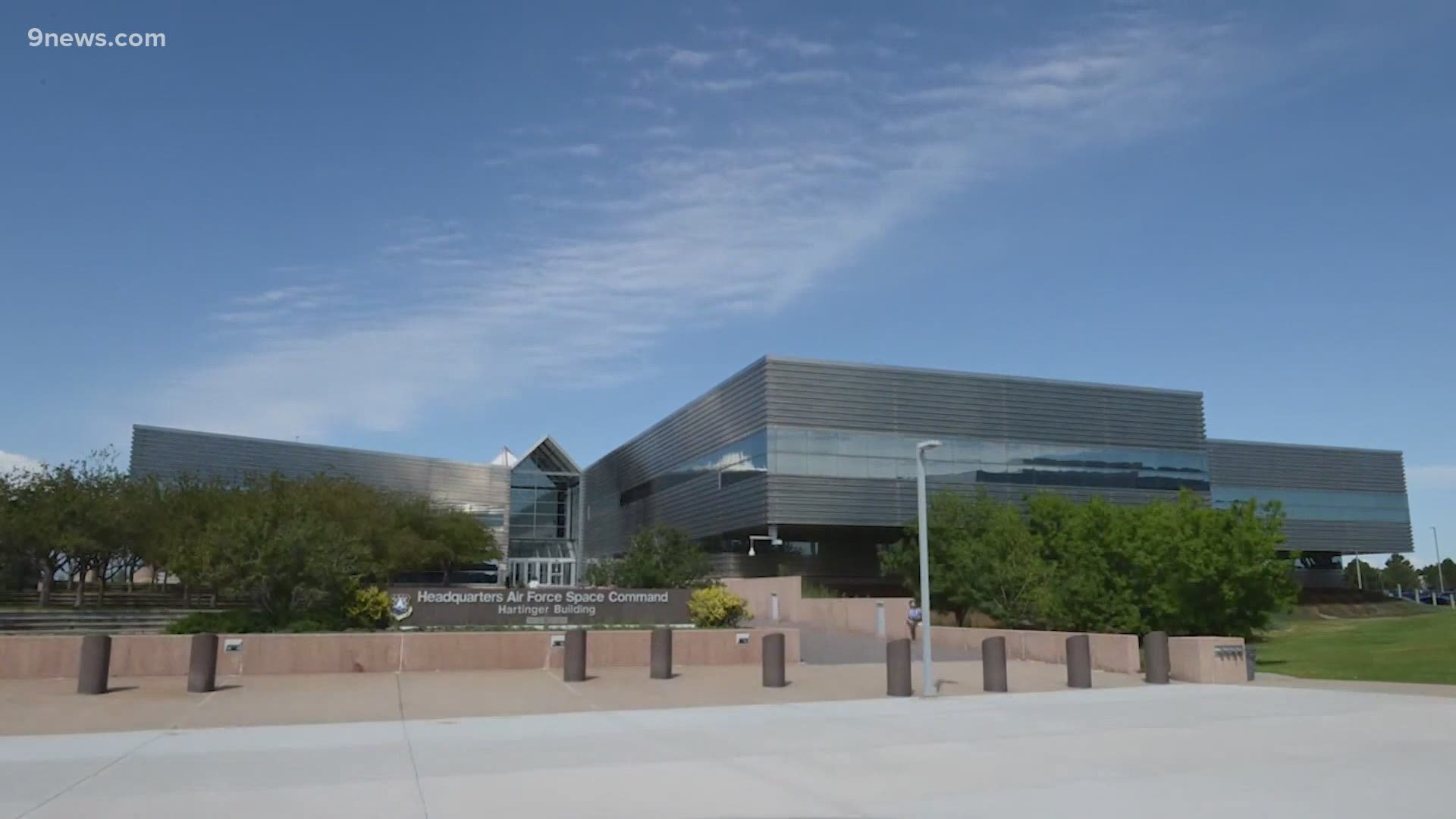 COLORADO SPRINGS, Colo — When Kathy Boe heard the news in January that President Donald Trump was moving the headquarters of U.S. Space Command from Colorado Springs to Huntsville, Alabama, she understood why Trump was making the move — even though she expected Colorado Springs to be the frontrunner in the race.

“We kind of knew they were our biggest competitor all along,” said Boe, the founder and CEO of Colorado Springs-based aerospace company Boecore.

Boe started her company in her Colorado Springs basement 21 years ago. The business, which designs software for military space and missile defense projects, now employs 275 people in the city.

Since that time, Boe’s business has also expanded to other locations, including Huntsville. The Boecore office there opened 12 years ago, and Boe said there has been plenty of private and public sector military work going on between the two cities for decades. Boe has even advocated for the Colorado Springs Airport to add a direct flight to Huntsville.

The Army’s Redstone Arsenal, near Huntsville, is host to a number of federal military installations, including the Missile Defense Agency, NASA’s Marshall Space Flight Center and Army Space and Missile Defense Command. After Trump’s decision, Alabama Governor Kay Ivey called the region “the most natural choice” for U.S. Space Command.

Yet, Colorado’s top elected representatives, including the state’s entire congressional delegation, cried foul. They argued the Defense Department’s space assets in Colorado focused on operating military satellites are a far more logical fit for the work done through the Space Command mission. Plus, they pointed out, Peterson Air Force base has already been effectively hosting the command since it was re-established in 2019 and moving it would lead to a costly duplication of resources.

Colorado’s political leaders saw Trump’s move as an overtly partisan one, meant to pacify two Republican senators ahead of a heated vote on whether to convict the former President on impeachment charges.

In February, the Defense Department — operating under new President Joe Biden — announced it would investigate the circumstances behind Trump’s Space Command decision.

Gov. Ivey in Alabama quickly welcomed the official review of the Huntsville selection, saying the location was “chosen based on merit.”

Journalist Lee Roop covers Alabama’s aerospace industry for the statewide news service AL.com. He said despite Colorado’s enthusiasm in the wake of the investigation, people in Huntsville are largely convinced the decision will stand.

“Our [University of Alabama] football coach down here, Nick Saban, he always says ‘Trust the process and you’ll get where you want to go,’” Roop said. “So, there’s a process and they felt confident about the process.”

The earliest Redstone Arsenal would take over hosting Space Command from Colorado Springs would be in 2026. That time would allow Redstone to build the necessary facilities to house the Command. Rep. Doug Lamborn said in a commentary for Defense News that the Department of Defense has spent over $350 million in the last 15 years on “space-specific infrastructure” in Colorado. He said building the infrastructure for a new headquarters in Alabama would be “expensive” and that building similar headquarters around the country have cost the federal government hundreds of millions of dollars.

Roop said he expects the newly announced investigation into the decision will delay the timing of Space Command’s move to Alabama even further.

More than 18 months ago, the Wings Over The Rockies Air and Space Museum started a campaign to popularize the term “Aerospace Alley” in reference to Colorado’s burgeoning aerospace industry. The campaign touts Colorado’s concentration of a private aerospace workforce, which they say is the highest in the nation: 500 aerospace companies. The majority of those companies employ 10 or fewer people, according to retired Air Force Maj. Gen. John Barry, the President and CEO of Wings Over The Rockies.

“It kind of reminds me of what Silicon Valley must have been like when the industry started out back there with small companies and people working in garages and things like that,” Barry said.

The Aerospace Alley campaign is largely focused on workforce development — to attract and educate young aerospace talent. Barry said that even if U.S. Space Command does ultimately move to Alabama, much of the command’s operations will still be run from the Centennial State.

“Will it hurt? Yeah, it’ll be a little bit of a stigma,” Barry said. “But, will it be able to prevent us from being able to continue with the aspect of trying to put Colorado as maybe the number one aerospace state in the nation? I don’t think so.”

That’s also the case for Alabama. Roop said the rest of the country doesn’t often realize how much aerospace work is already done in the state.

“People here really want the command to come, and we’re very excited about it. But, you know, it’ll be OK. It’ll be OK any way it turns out,” Roop said.