The new design will help NASA send astronauts to the moon by 2024. 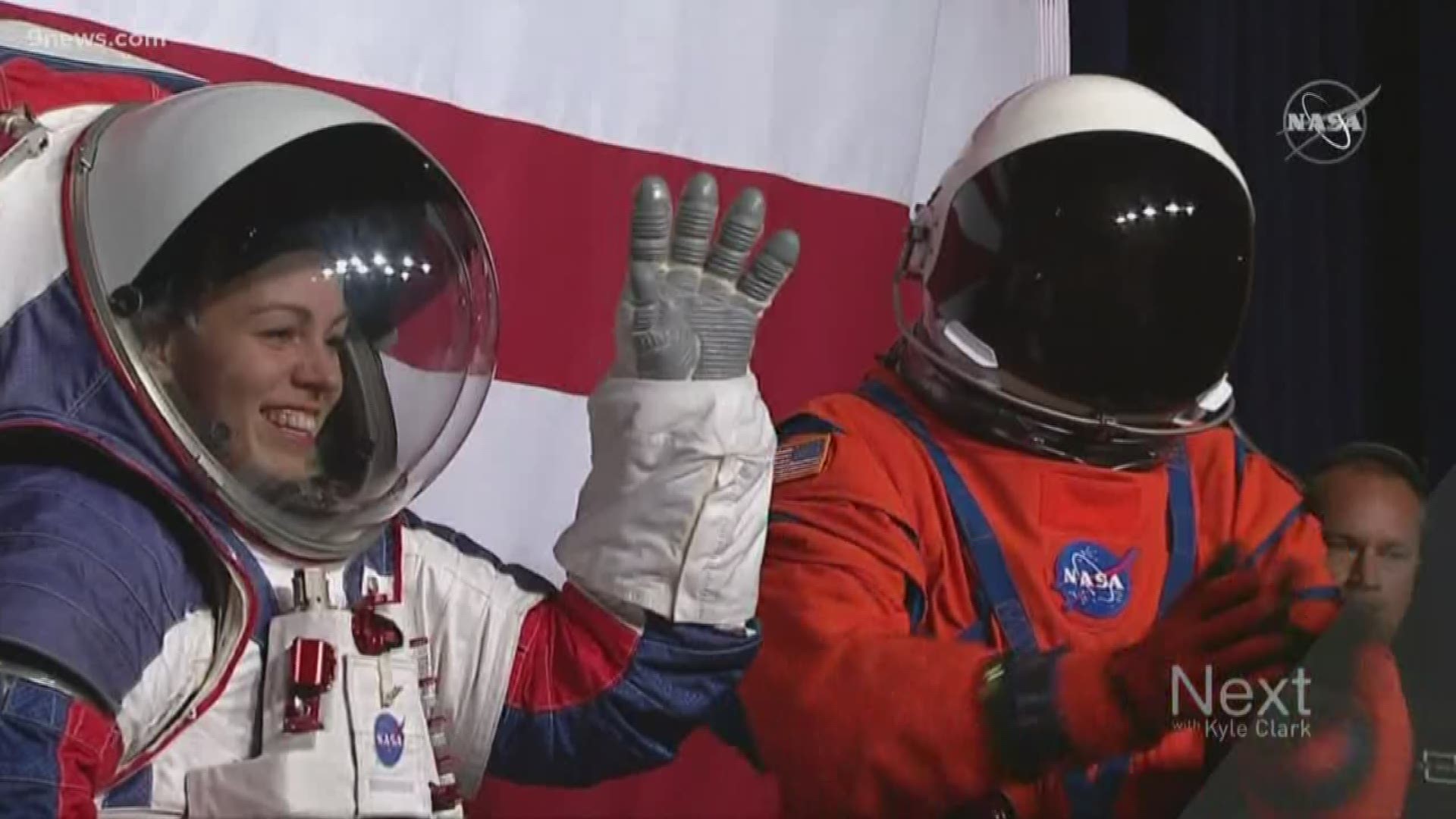 BOULDER, Colo — NASA wants to send astronauts back to the Moon by 2024 and has launched a new design of the suits they will wear on that mission and to other destinations, including Mars.

The two spacesuits were designed for lunar exploration. One for launch and re-entry aboard the agency’s Orion spacecraft and one for exploring the surface of the Moon’s South Pole, known as the Exploration Extravehicular Mobility Unit or (xEMU).

The new design improves on the suits previously worn during the Apollo era and those currently worn during spacewalks outside the International Space Station.

RELATED: Take a look at the spacesuits astronauts will wear on the moon

“You can put technology into things and they just get complicated, clunky and not as efficient as they should be,” said CU Boulder graduate student Patrick Pischulti. “So we tried to do a real cost-benefit analysis of what’s feasible, what’s meaningful and what made sense.”

Pischulti is in his first year of graduate school, studying to be an aerospace engineer and spent last summer as an intern for NASA at the Johnson Space Center in Houston, Texas.

“I worked in the informatics group, [which] was responsible for creating new lights and a camera for the new spacesuit that they just announced a couple of days ago,” he said.

Pischulti said his group was given 10 weeks to complete a new light design that would help improve the astronaut’s vision while being more efficient.

“We went in and changed (the light) to an LED design that was very small and very efficient,” Pischulti said. “The overall footprint is a lot smaller, you get way more light output from it, and that’s the perfect solution hopefully.”

This new spacesuit will accommodate a broad range of astronaut sizes and includes improved features like a smaller and more efficient camera.

“Sometimes you watch the video footage from the International Space Station and its real grainy and cuts out, so now we went in and switched out the processor, used a different lens that’s more a fish-eye type,” Pischulti said. “I was responsible for making it all fit into a small form factor similar to a GoPro.”

The first woman and next man to explore the moon will wear these next-generation spacesuits as part of NASA's Artemis program. It's a mission Pischulti said he's proud to be part of.

“That’s a pretty humbling feeling because it took me a lot of work to get to this point and seeing all the effort I put into this is paying off by something as simple as lights…is really meaningful to me,” Pischulti said.