The United Arab Emirates’ Hope probe has nearly completed a seven-month journey, and the Laboratory for Atmospheric and Space Physics played a big role. 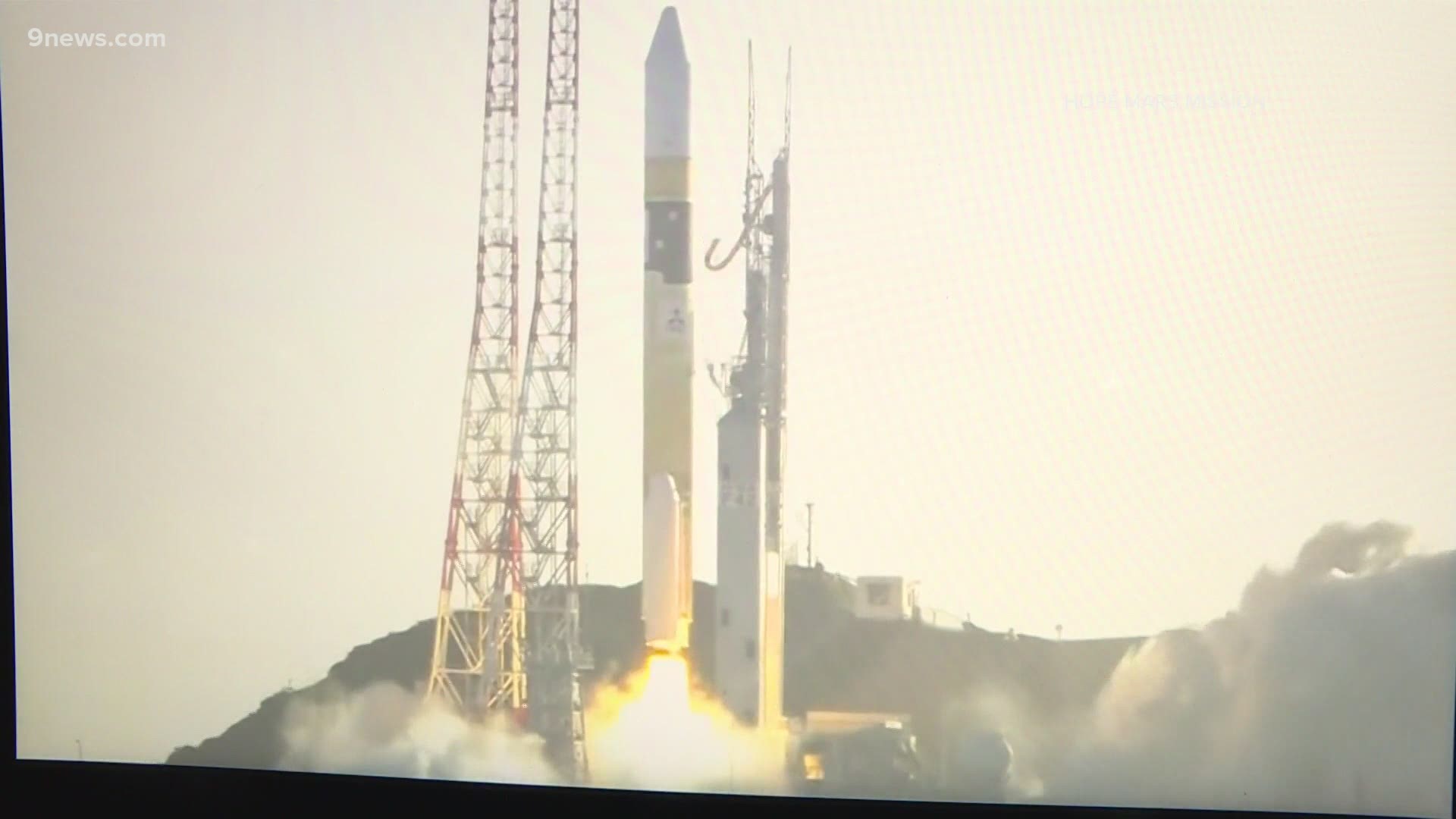 BOULDER, Colo. — Scientists at the University of Colorado-Boulder helped design and engineer the United Arab Emirates’ (UAE) Hope probe and its mission to Mars.

The probe has nearly completed a seven-month journey from the Japanese island of Tanegashima to the red planet and will begin maneuvering itself into orbit around the planet soon.

The Laboratory for Atmospheric and Space Physics (LASP) at CU-Boulder worked with a joint team of engineers and researchers from the Mohamed bin Rashid Space Center in the UAE.

According to CU-Boulder, this is the first voyage to another planet undertaken by an Arab country. LASP said its researchers have been working with scientists and engineers from the UAE since 2014 on designing and launching the mission.

RELATED: United Arab Emirates to launch spacecraft to moon in 2024

“We entered into this as a wild experiment," said Sarah Al Amiri, science lead for the project and chairperson of the UAE Space Agency. "It was something completely new for us.”

Al Amiri and other team members spoke about the significance of the Emirates Mars Mission during a virtual press conference Thursday morning.

On July 20, 2020, a rocket carrying the Hope probe blasted off a pad on the Japanese island of Tanegashima beginning a 306 million-mile trip to Mars.

The team behind Hope said they knew a journey just as meaningful had already taken place on the ground.

Over the past six years, the teams made several cross-country trips and did a lot of work over Zoom. On Thursday, they described the anticipation of the Mars probe reaching another milestone on Feb. 9.

“Orbit insertion is one of the two riskiest times in a mission," said David Brain, deputy principal investigator of the Mars Atmosphere and Volatile Evolution Mission (MAVEN).

In less than two weeks, Hope will begin orbiting Mars to collect photos and data researchers hope will teach us more about the planet's atmosphere.

Brain said Hope will be able to observe every geographic region on Mars at every time of day.

“We’re going to get complete coverage of the Martian atmosphere every nine Martian days," he said.

If everything goes as planned, Al Amiri said the first data from Hope would be available to the public in early September.

Teams from Arizona State University and the University of California, Berkeley also participated in the design and engineering of the probe and its mission.