Refrigerators in space have only been used as incubators for science experiments, until now. 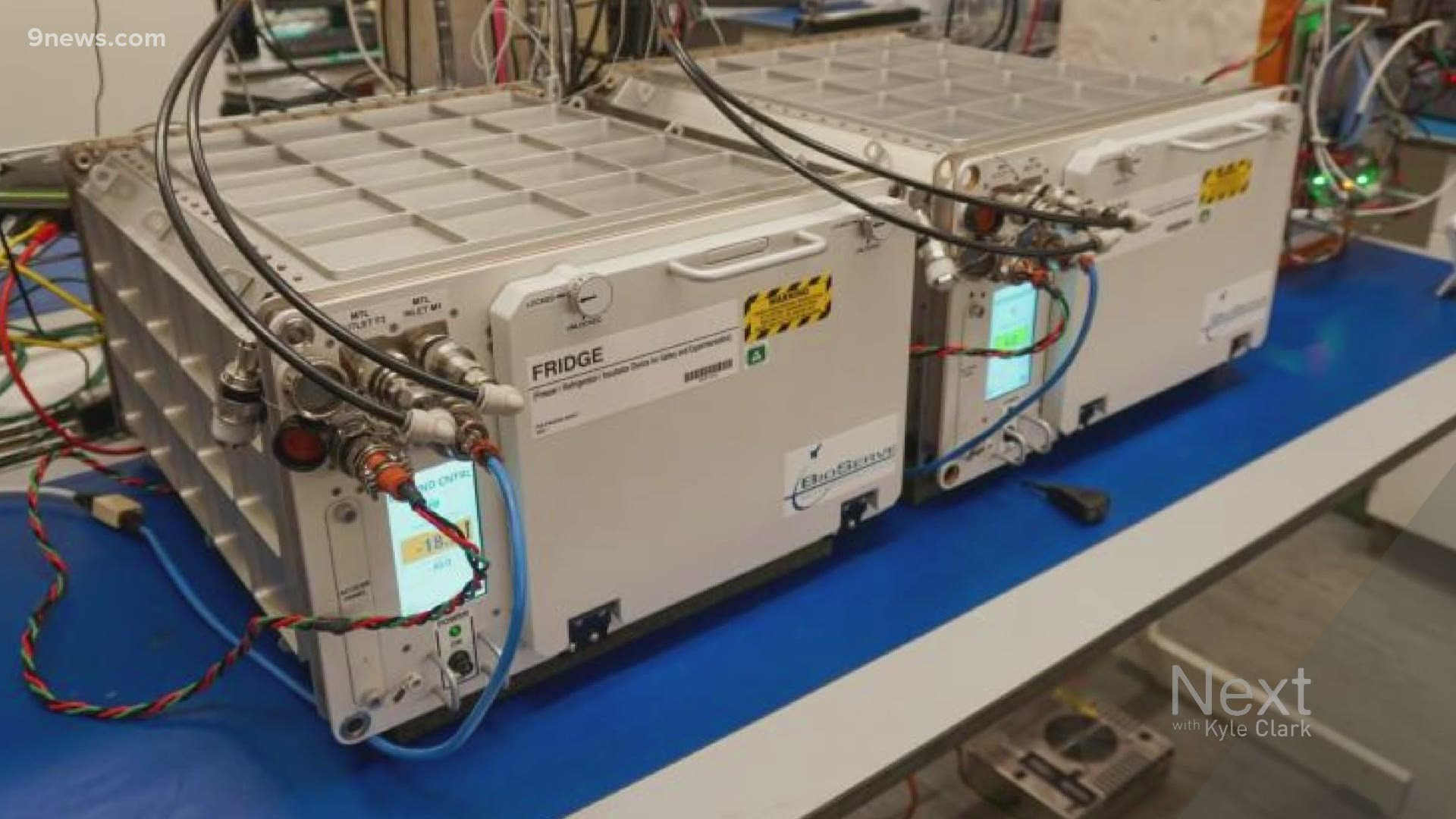 BOULDER, Colo. — It's called FRIDGE, for Freezer Refrigerator Incubator Device for Galley and Experimentation. It will be the first refrigerator in space intended for the use of storing and cooling food for astronauts.

It will be a major upgrade to the personal comfort of the crew aboard the International Space Station (ISS). The astronauts mostly eat meals that have been freeze-dried.

“It’s like your backpackers’ meal. You just put water in it, and then you can eat it. That’s their main source of food,” said Tobias Niederwieser, leader on the FRIDGE project.

Niederwieser is a full-time research associate for BioServe Space Technologies, which is a research center fully integrated into the University of Colorado. They utilized aerospace engineering students in the design and assembly of FRIDGE.

Their goal is to give the astronauts something fresh. NASA selected them for a two-year contract to make eight refrigerators that would fit the galley space on the ISS.

“They are really trying to make this galley as close as possible to a kitchen that we have here on ground,” said Niederwieser.

Niederwieser said that CU Boulder has a long-standing refrigerator partnership with NASA. They’ve been building cooling incubators for science experiments since the late 1980s.

Three of those refrigerators, which they call SABL, are currently on the ISS and have supported more than 30 cell culture and other biological science projects over the past five years.

This new FRIDGE unit will be only for storing food and medicine. It's a luxury that astronauts have never had before. Niederwieser said the astronauts have recently been granted approval to use the science incubators for food when there are no experiments in use.

"The crew apparently like that so much, that we were contacted to make refrigeration units just for astronaut use," he said.

NASA has also become more interested in refrigerators as crewed space missions get longer, and as they intend to start growing their own food in space.

“And of course, if you grow fresh food, you also have to keep it cold, so a refrigerator will always be an important item,” said Niederwieser.

He said with every launch, astronauts get a special treat of fresh food that they usually have to eat the day it arrives. Now they can dump the Dippin' Dots, and maybe order an extra pint of real ice cream.

“Just from talking to some astronauts, I hear that ice cream is very high in demand up there. It’s really the bonus, bonus food,” he said.

Two FRIDGE's just arrived at the ISS on Tuesday morning aboard a Northrop Grumman Cygnus spacecraft. Niederwieser said the crew will be unpacking and installing them in the next couple of weeks.

RELATED: Why wildfire is bad, good and even necessary

RELATED: Did Denver really have the worst air quality in the world last weekend?