CSU scientists are helping to save endangered birds one creepy snake video at a time. 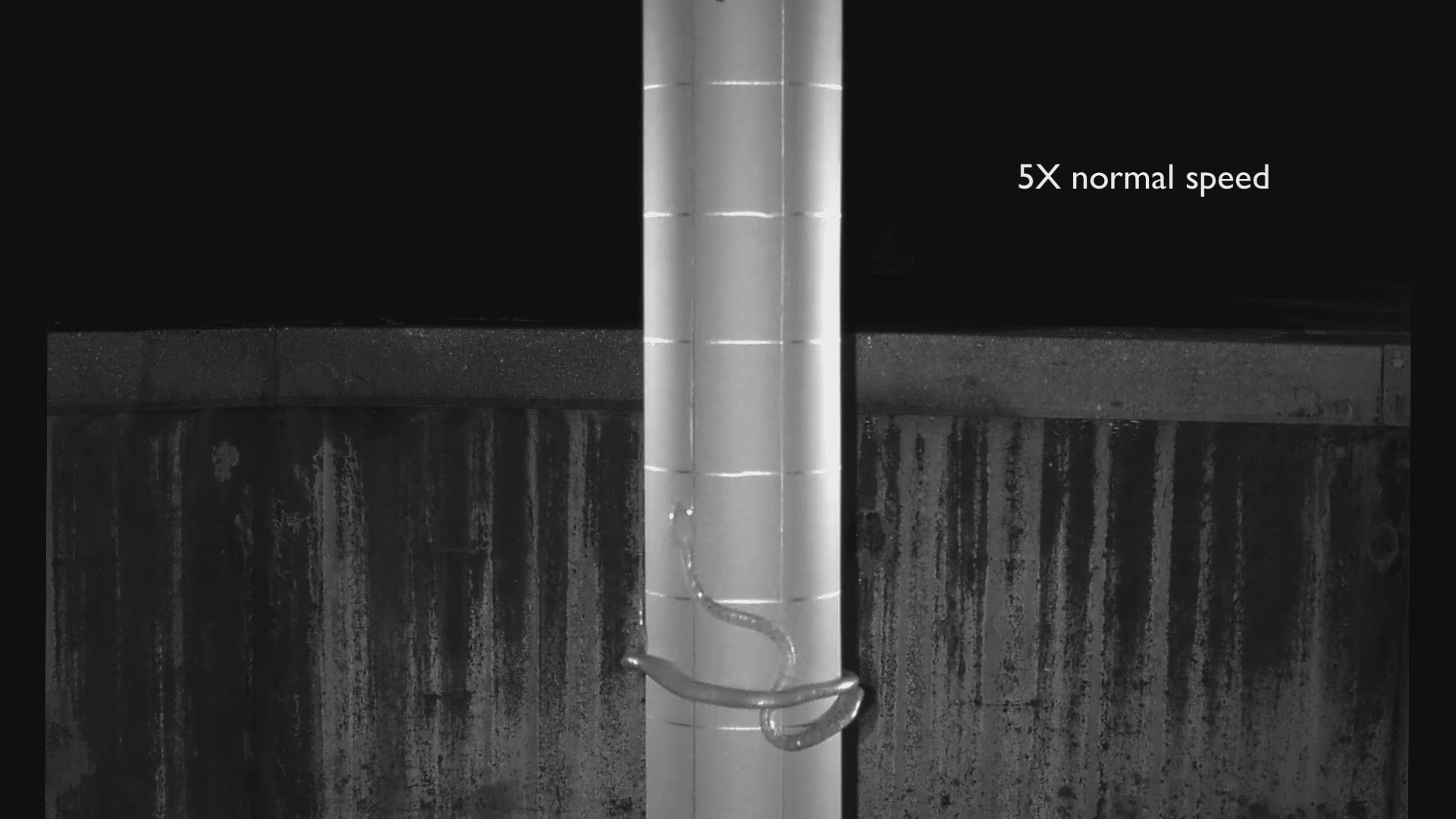 DENVER — When it’s Monday morning and a study about snakes hits your inbox, sometimes it’s best to lean in, absorb some mad snake knowledge and hope there’s enough time between watching the videos and bed that they won’t permeate your dreams too much.

These Monday morning snake revelations come courtesy scientists at Colorado State University and the University of Cincinnati, who researched something called “lasso locomotion.” According to a news release from CSU, what this basically means is that there are some brown snakes that are way, way better at climbing up trees than previously thought.

The good news (if you’re not a snake fan)? Now might be the time to mention that this particular species of snake lives in Guam, which according to Google Maps is 6,651 miles and one ocean away from Denver.

>>> Watch a terrifying night vision video of the snake climbing a pole like a lasso in the video player above.

Nevertheless, these brown snakes are quite the trouble makers on this tropical island. According to CSU, they’re capable of climbing power poles (leading to electrical outages) as well as finding prey to snack on that would be otherwise unobtainable.

The goal of the research is to protect endangered birds from the snakes and to potentially help wildlife managers find a way to deter them.

For what it’s worth, these brown snakes were accidentally introduced to Guam in the late 1940s and early 1950s. Soon, bird populations began to diminish – and CSU Emeritus Professor Julie Savidge began to focus her research on finding out why.

“Most of the native forest birds are gone on Guam,” Savidge said. “There’s a relatively small population of Micronesian starlings and another cave-nesting bird, the swiftlet, that has survived in small numbers. The starling serves an important ecological function by dispersing fruit and seeds which can help maintain Guam’s forests.”

RELATED: Snakes on the plains: 150+ snakes removed from under couple's home in Elizabeth

And that’s how she and CSU’s Tom Seibert, her coauthor on the study, discovered a new form of snake locomotion.

Previously – and for more than 100 years – scientists who study snakes had four categories for their movement: rectilinear, lateral undulation, sidewinding and concertina.

Now, CSU researchers have found another mode of locomotion that’s similar to a lasso. It involves the snake wrapping itself around a pole and shifting its location with each bend (watch it happen in the video below).

Understand their movement means that scientists can figure out how to deter them.

“Hopefully what we found will help to restore starlings and other endangered birds, since we can now potentially design baffles that the snakes can’t defeat,” Savidge said. “It’s still a pretty complex problem.”

And if watching snakes contort their bodies like lassos is your thing, it might either terrify you or excite you that they probably have other skills hidden up their sleeves.

Credit: Courtesy CSU
Lasso locomotion involves snakes contorting their bodies like this, if you're curious.

“I’ve been working on snake locomotion for 40 years and here, we’ve found a completely new way of moving,” said University of Cincinnati’s Bruce Jayne, another researcher involved in the study. “Odds are, there is more out there to discover.”

Here's to hoping (or maybe not?) that there's more video when they do.