Colorado astronaut on living in space: 'it's just incredible'

A Colorado native went from a mile high to outer space. 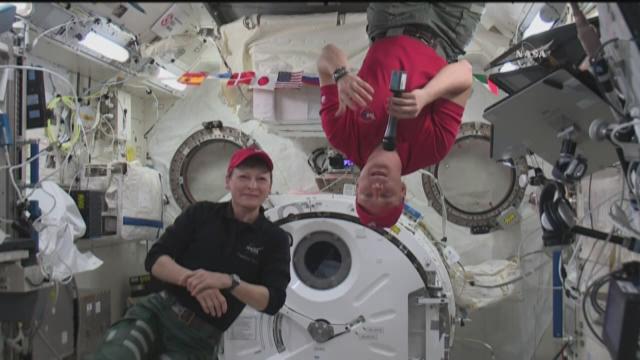 A Colorado native went from a mile high to outer space.

Jack Fischer of Louisville is onboard the International Space Station about 240 miles above the Earth.

"I don't think I can compare anything to here," Fischer said. "It's been such a dramatic difference from anything that I've ever experienced that every day, everything has been new and exciting, and just incredible."

Fischer arrived at the ISS about two weeks ago. He's part of NASA's Expedition 51 crew.

This is his first time in space and Fischer chalks up part of his success in getting there to his upbringing. 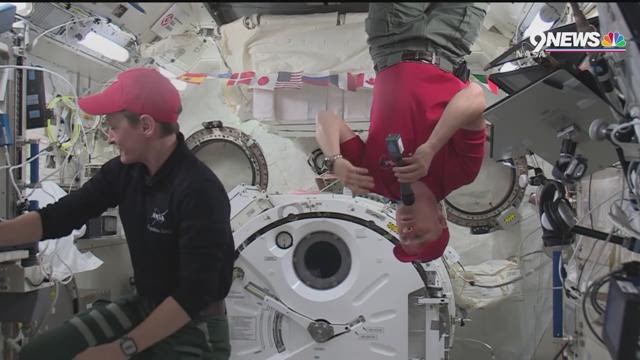 Fischer went to Centaurus High School in Lafayette and graduated from the Air Force Academy in 1996.

"You can't accomplish anything unless you remember where you're from, because you are where you're from. And the foundation that I got from the school systems there in Colorado, in Louisville, and at Centaurus High School and the Air Force Academy, you know made me who I am. I wouldn't be here without the support of the folks in that lovely state of Colorado, and you know the Broncos are awesome," he said.

The flight engineer is onboard the ISS with NASA Expedition 51 Commander Peggy Whitson. The two conduct multiple experiments daily, many of which you can see on Fischer's Twitter page.

Worked in wicked-cool space balloon last week- BEAM. Could revolutionize future space habitats & would be fun to say you live in a balloon! pic.twitter.com/PCJw6z1HR8

"We spent a long time building this incredible laboratory in the sky, now that it's built, we are rocking through the science every day you know 40, 50, 70 plus hours a week," Fischer said.

Neither one of them considers what they do "work."

"Our job is kind of like our hobby because it's fun. So it's not, it doesn't feel like work," Fischer added.

And of course, he also posts about all the fun they have out there that's not work-related.

Fischer can even make light of the challenges they both face out on the space station.

"The most extreme thing is going to the bathroom that's really hard," he said jokingly just before he demonstrated how he can "Superman fly" into a garage on the Japanese module of the ISS for 9NEWS.

"Jack is a lot of fun to have around," Whitson said. "It's great to have the enthusiasm of a new guy helping us out reminding us even more of why it's so special to be up here every day."

On a serious note, both agree being away from friends and family can be the hardest part of being on the ISS, but thankfully technology makes it easy for them to stay in touch.

Mom said not to play w/my food, but when it’s this fun, I just can’t help it… Happiness = Coffee Balls in the morning!! #CoffeeBallsRock pic.twitter.com/qNiQoDyAWF

"We do have the capability to talk with our family and friends on the internet protocol phone, or once a week we get a Skype session," Whitson said.

This is not Whitson's first time in space. She set a record last week for the most days spent in orbit -- 541 days.

The 57-year-old also set the record for being the oldest woman in space.

NASA's Expedition 51 launched on April 20 and is a four and a half month mission.