Wednesday night, an 8.2 magnitude earthquake struck off the southern coast of Alaska. 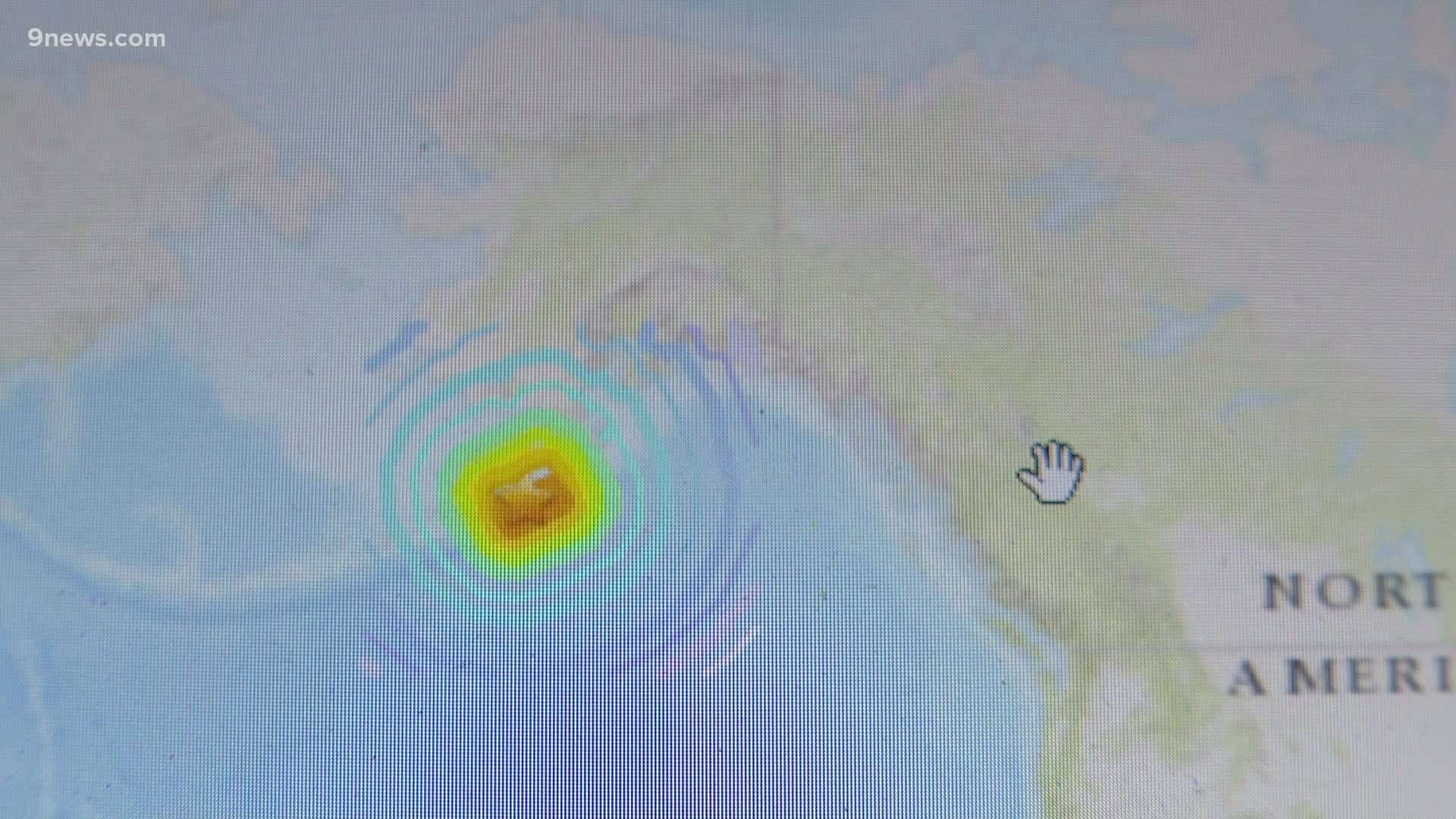 GOLDEN, Colo. — The historic 8.2 magnitude earthquake that triggered a tsunami warning in Kodiak, Alaska Wednesday night was a wake-up call for Paul Earle in Golden, Colorado.

"A little after midnight," Earle said. "Just after I’d gone to sleep, as usual.”

The seismologist with the United States Geological Survey (USGS) got to work in the wee hours of the morning Thursday at the National Avalanche Information Center in Golden.

"I was working with FEMA and the people at NOAA to try to figure out how dangerous this quake was," Earle said.

The seismologist soon learned an 8.2 magnitude quake had struck at 10:15 p.m. Wednesday about 50 miles south of the Alaskan peninsula.

"That’s a very large earthquake," he said. "We see about one magnitude 8 or larger earthquake a year.”

The quake is the largest the United States has seen in 50 years.

“This earthquake would have ruptured about a section of earth about 125 kilometers long and 50 kilometers wide and moved that whole section about four feet," Earle said.

The quake triggered tsunami warnings and evacuations for people living in communities along the Gulf of Alaska coast.

“Fortunately, there was not a tsunami like a teletsunami which goes across the ocean and impacts Hawaii in a bad way," Earle said.

The tsunami warning was lifted a couple hours after it began, but the aftershocks continued Thursday.

Earle said it's likely there will be more aftershocks, and there's about six percent chance the region could see a magnitude 7 or larger earthquake in the coming days.

“When you have an earthquake this big, it really shakes things up," he said.

The earthquake occurred at the boundary between the Pacific and North American plates, Earle said.

“They’re moving relative to each other at about 2.5 inches a year, and that movement builds up that stress, which is released periodically in these very large earthquakes," he explained.

In 1964, a 9.2 magnitude earthquake rocked southern Alaska leading to a tsunami that killed 131 people. It was the second largest earthquake ever recorded on instruments.

"That impact is horrible and that’s why we’re here," Earle said. "We’re here to try to mitigate that impact and make the world a little bit safer for earthquakes.”

There were no reports of serious damage or injuries after Wednesday's earthquake. That was good news to wake up to for a seismologist like Earle.