University of Denver researchers want to know how noise that humans generate impacts the animals that live close to us. 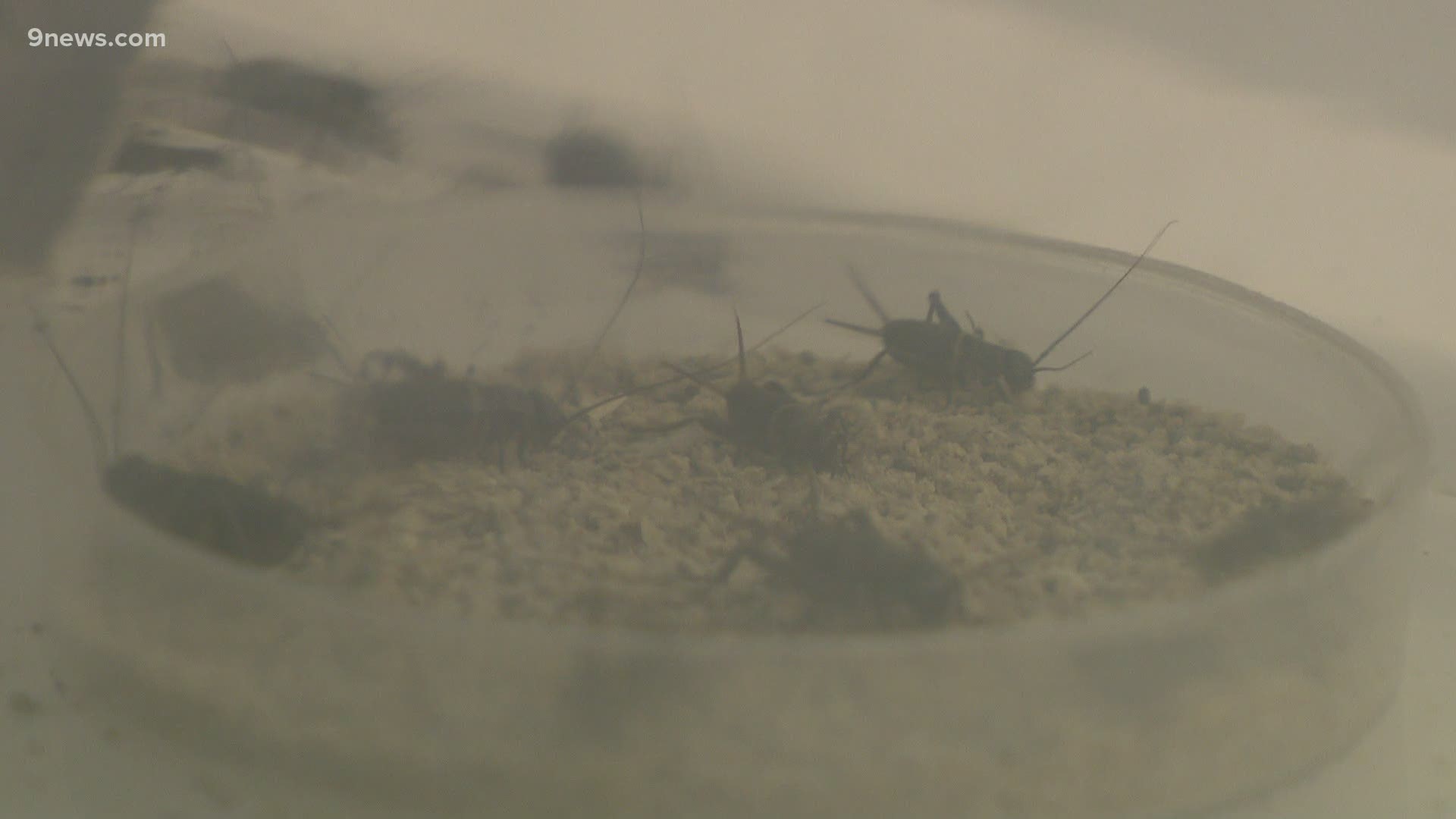 DENVER — The soundtrack of a city can be stressful – especially during rush hour.

“It’s pretty out of control," said Robin Tinghitella. “If you’ve ever tried to drive up I-70, you know how crazy traffic is getting in Colorado."

Noise is the norm around the metro area, but inside a lab at the University of Denver, all you hear is crickets.

“We spend a lot of time with crickets," Tinghitella nodded.

The associate professor of biology knows more about crickets than most would ever want to know.

“At one point in grad school, I calculated how much time I watched crickets not having sex when I wanted them to, and it was like an obnoxious proportion of my lifespan," she laughed.

Her latest research is a little different. Tinghitella and her students spent this past year introducing insects to a city soundtrack.

“This is the loudest," Tinghitella said. She opened the door to a large refrigerator, releasing the unmistakable sound of noisy, city traffic.

"This is traffic noise that we recorded around Denver, and it plays constantly.”

A speaker connected to an iPod blasted the sound to crickets housed in containers on shelves below.

“We’re running these four different treatments where the crickets are either reared in silence or in 50 dB, 60 dB, or 70 dB traffic noise,” Tinghitella said.

The researchers want to know how noise that humans create in urban environments can impact the overall health of crickets and whether they can recover. Specifically, they're looking at the insects' immune response and how well they reproduce.

“Less than 4% of noise research in terrestrial environments has been conducted on invertebrates at all, and yet these insects are playing really important roles in our ecosystems," Tinghitella said.

Researchers test the crickets' immune response by sticking a tiny piece of rough fishing line into the insects. The fishing line mimics an attack from a parasitoid that might burrow into the cricket.

"If a cricket can mount a good enough immune response, all of its immune cells will kind of latch onto that larva and asphyxiate it and potentially survive,” explained lab technician, Sophia Anner.

Researchers remove the fishing line from the cricket after 24 hours, and then examine the line to see how well the cricket fought off "the attack."

“All this gunk on here, on here, this is all immune response," Anner said, pointing to dark residue left on the fishing line seen under a microscope.

The researchers are also counting cricket sperm cells in hopes of learning how noise impacts the insects' ability to reproduce. The work done on crickets in the lab ripples all the way up the food chain.

"If you have impacts like noise that negatively affect our invertebrate populations, that’s going to sort of cascade up to affect all of these other organisms that are feeding on one another as you move through food webs," Tinghitella said.

The three-year research project is funded by a grant from the Morris Animal Foundation. Tinghitella's students will be collecting data for about another six months, and then they'll start analyzing and writing up their results.