Did you see a fireball over Denver? Here's what it was

The fireball was likely due to two meteor showers happening at the same time. People in Golden might even be able to find some debris. 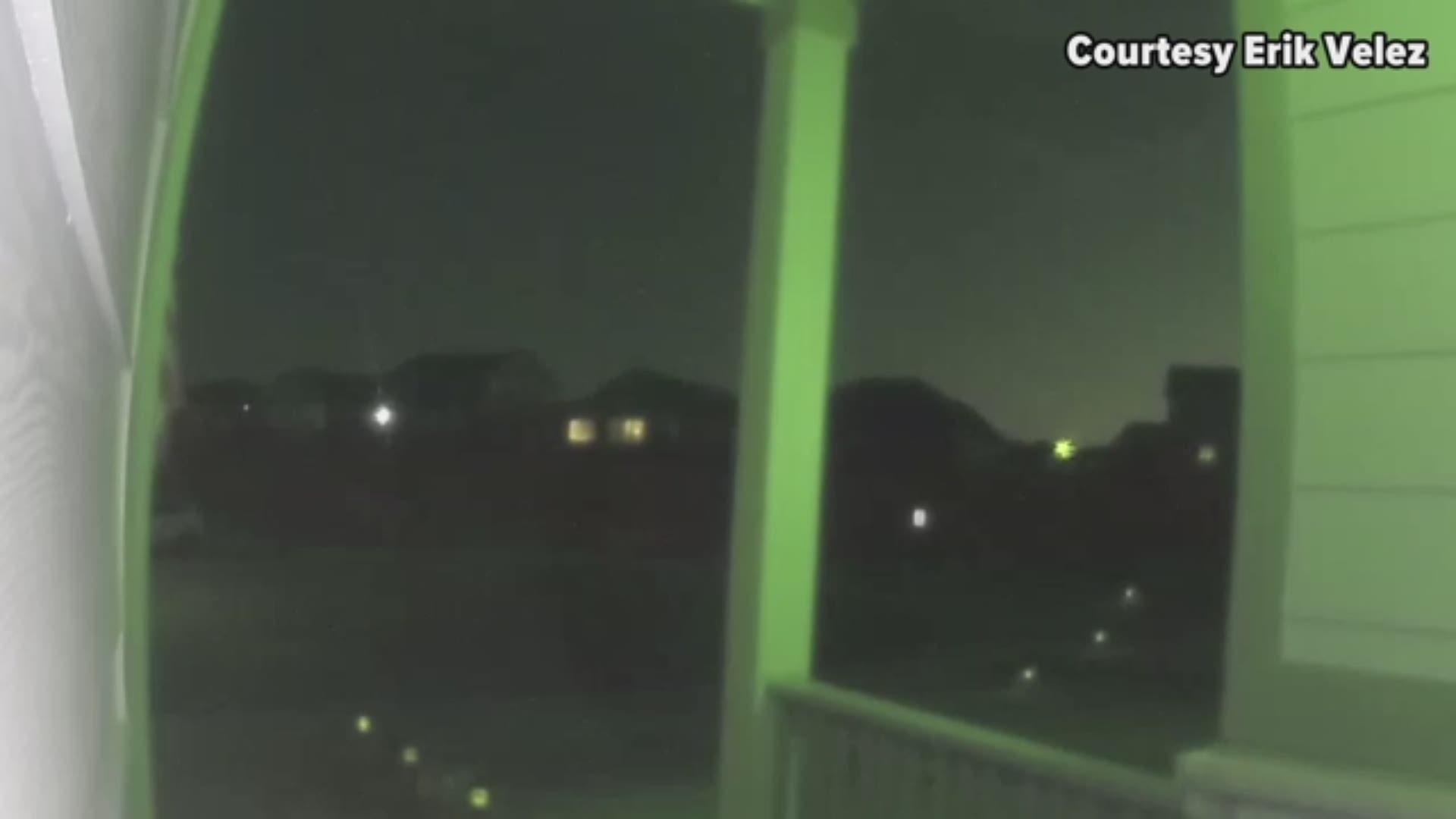 DENVER — Videos of a fireball shooting over the sky west of Denver Tuesday night might have had some folks thinking “ok 2020 … you’ve got to chill!” but it’s actually just a fairly regular space phenomenon.

“What it looks like that folks saw last night is a fireball, that’s a bright meteor, a large chunk of space rock that’s falling through the earth’s atmosphere, it looks like it broke up in this case,” said Naomi Pequette, a space scientist at the Denver Museum of Nature and Science.

She said a handful of these have been spotted in Denver in recent years, and that a local observatory has seen four fireballs on camera over the last seven days. But, this isn’t another sign of an impending apocalypse.

“It actually makes sense right now: we’re at the peak of two meteor showers: the Delta Aquariids and the Alpha Capricornids,” Pequette said.

>>> Watch the video above for a look at the fireball.

“We actually have a ton of space dust falling to earth every single day, it’s just more spectacular when you have the large chunks fall,” she added.

The fireball on Tuesday night was likely a few feet across. Typically, Pequette said shooting stars are as small as a grain of sand.

Since Tuesday’s fireball was relatively big, Pequette recommends that people around Golden take a lot around. They might just find something other-worldly.

Guys, we just saw one of the craziest things we have ever seen in our lives and I managed to capture some of it. A meteor for the ages! pic.twitter.com/kPIchIPREV

“People can find small pieces of meteors in their gutters using a magnet,” Pequette said. “It’s actually a fun experiment.”

If you do find something, she recommends giving the museum a call. It collects space rocks, and is launching a revamped space exhibit this fall.

As for the two meteor showers, Pequette recommends looking to the south toward the Capricorn constellation.

It’s even possible to see more fireballs Wednesday night, when the skies are expected to be clear.

“I would say this would be the best part of 2020, is if we get some beautiful things happening in the night sky,” she said. “As an astronomer, I’d be thrilled.”