Did the eclipse cause the recent natural disasters? Experts say absolutely not

Don't let social media posts fool you, the eclipse did not cause the recent natural disasters. 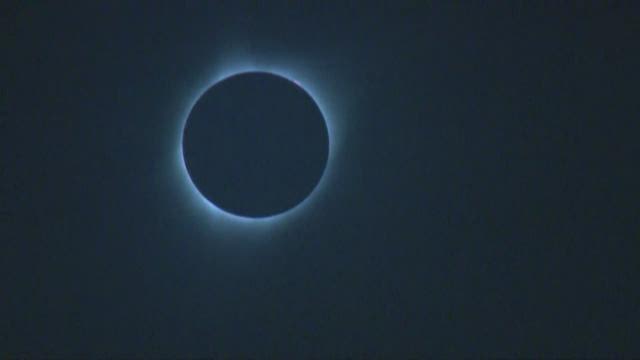 It's an idea that may sound ridiculous, but it's a question we've seen from quite a few people on social media.

We've seen two historic and deadly hurricanes -- and Mexico's strongest earthquake in a century -- all since the eclipse.

One man tweeted, "The eclipse started the onslaught of bad hurricanes, solar flares and earthquakes. Not saying it's cause and effect, but makes ya wonder."

The Eclipse started the onslaught of bad hurricanes, solar flares and earthquakes. Not saying it's cause and effect but makes ya wonder 🤔

9NEWS asked Jeff Weber, an atmospheric scientist with the University Corporation for Atmospheric Research in Boulder. who was quick to say no, absolutely not.

"There's no real scientific basis for this at all," Weber said.

Weber explained why the eclipse couldn't cause the hurricanes - it's because they actually diminish energy needed to create them.

RELATED: A NOAA scientist breaks down the recent extreme weather

RELATED: Did the eclipse cause Hurricane Harvey?

"When you think of hurricanes, they like solar energy, they like to be over a hot ocean," he said. "It's kind of counter-intuitive that taking away solar energy would create a hurricane or even make it more intense."

Weber added this is peak hurricane season so it's not unusual to see two or three hurricanes at the same time in late August or early September.

A neighborhood remains flooded by Hurricane Irma on September 12, 2017 in Bonita Springs, Florida.

And as far as the earthquake, Weber says an eclipse, hurricane and earthquake can't be connected.

"There is no effect from the eclipse or hurricanes on land masses that move - these are completely different processes. So yes these are really big, large catastrophic events that are occurring within one month, but there is no connection between these events," Weber said.