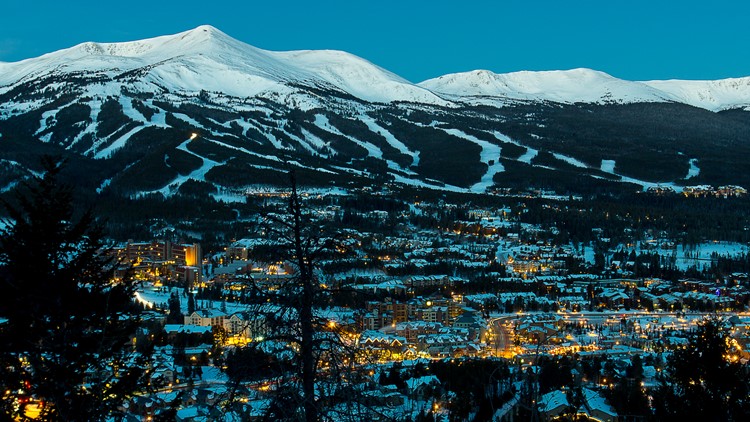 BRECKENRIDGE, Colo. — U.S. officials have given Colorado a $10 million grant to fix a dam upstream of the ski resort town of Breckenridge that could lead to deadly flooding if it were to fail.

The Goose Pasture Tarn dam is one of 24 dams in unsatisfactory condition in Colorado _ and 1,688 nationwide _ that an Associated Press investigation found last year.

The 24 Colorado dams range in age from 41 to 127 years old and are used for irrigation, recreation and drinking water supply, according to public records obtained by the AP during a more than two year investigation.

They are spread among 16 counties, with El Paso having four, Jefferson three and Mesa and Park counties having two each.

FEMA says a failure would affect more than 2,000 homes and businesses, damage roadways and harm the water supply.

Twenty-one of the 24 Colorado dams are privately owned or owned by local governments, and the decision to fix a dam is the owner's, said  Bill McCormick, chief of Colorado Dam Safety at the state Division of Water Resources.

State regulators can order a reservoir's water level lowered to a safe level if a dam is in unsatisfactory condition or drain the reservoir if there is no safe level.

Since 1950, there have been six major dam failures in Colorado, according to a 2018 Colorado State Hazard Mitigation Plan. They include the 1982 Lawn Lake Dam failure in Larimer County that killed four people and caused $31 million in property damage.

RELATED: In Colorado, 24 high-hazard dams are seen as problematic

RELATED: No solution in sight for big dam problem on stretch of Cherry Creek trail