Dolphins are dying at an alarming rate off Louisiana's coast

Biologists say this is the canary in the coal mine, a warning for people that live with and swim in the same water -- and eat the same food as dolphins. 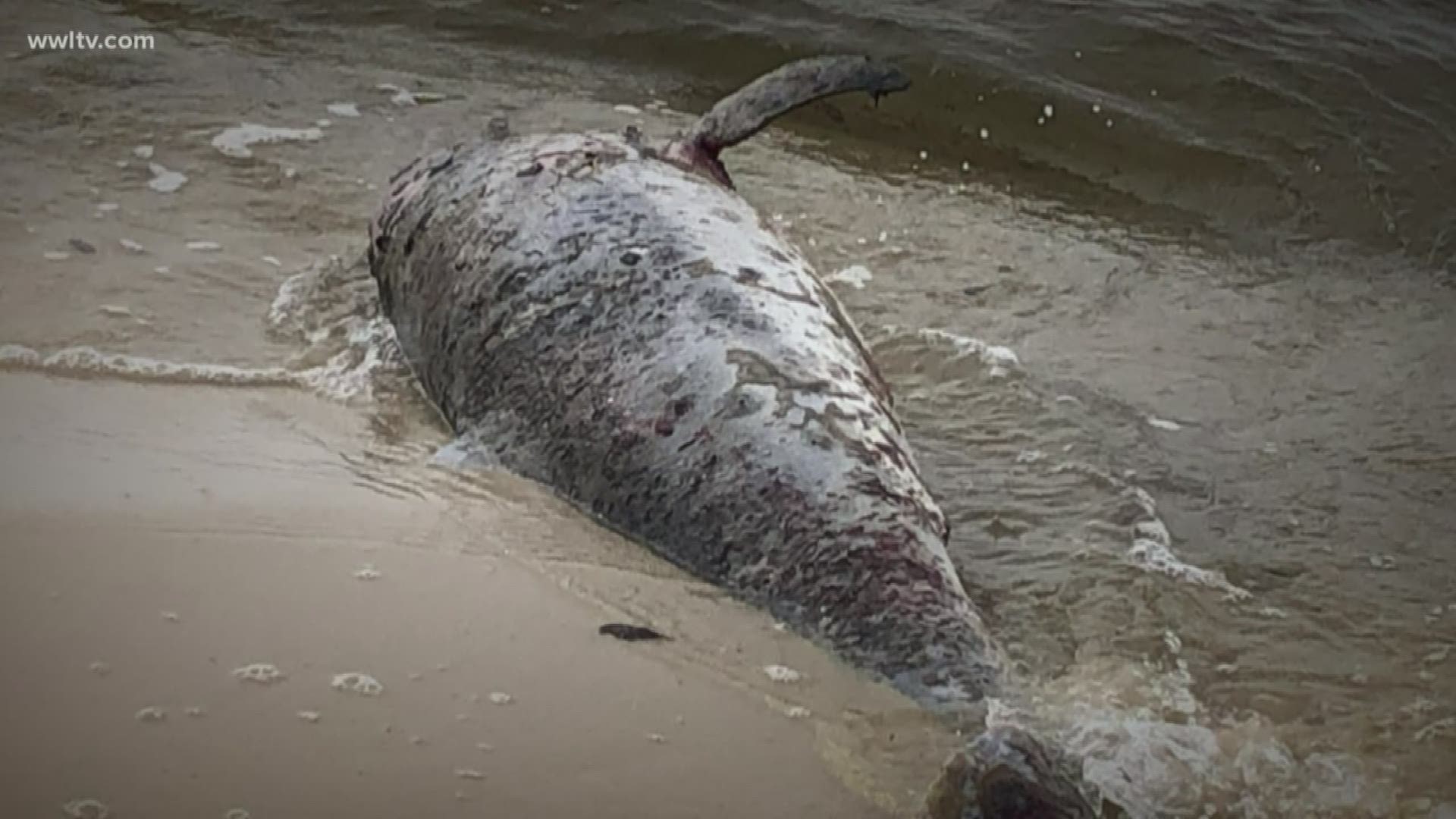 GULFPORT, Miss — Marine biologists say what they are seeing is alarming: Dolphins are dying in waters off of the coasts of Louisiana and Mississippi.

Two weeks ago, a boat captain first took Eyewitness News on the water to see first-hand what was happening. Now, scientists are saying there needs to be a new, less destructive plan, for flood protection.

Experts like Dr. Moby Solangi, President and Executive Director of the Institute for Marine Mammal Studies, are sounding the alarm.

"This is the highest number we've seen in the month of April in the last few years," he said.

Solangi says as he tracks the alarming rate of dolphin deaths around the Mississippi Sound, the marine mammals are taking a triple hit.

Firstly, there is fresh water coming from the opening of the Bonnet Carre' spillway and other diversions like the Mardi Gras Pass. It's causing terrible freshwater skin lesions and peeling on the salt water dolphins. It's also killing their food source.

"With this, they bring in agriculture, industrial and sewage water," Solangi said.
Those chemicals and waste stay for a long time in the Mississippi Sound, also harming the dolphins' habitat.

And thirdly, it's spring, and the area is a nursery where dolphins come to give birth to their calves.

"It is literally a hurricane, but it is an aquatic hurricane," Solangi said.

When Eyewitness reporter Caresse Jackman went out in St. Bernard waters two weeks ago with Captain George Ricks of The Save Louisiana Coalition, he sounded the alarm, too, finding 29 dead dolphins.

He's concerned about permanent freshwater diversions, being studied now, that would bypass the Marine Mammal Protection Act with waivers.

Biologists say this is the canary in the coal mine, a warning for us people that live with and swim in the same water -- and eat the same food as dolphins.

In a response from the federal government, Dr. Peter Thomas, Executive Director of the Marine Mammal Commission, said the following Tuesday.

NMFS is gathering information and data on strandings and the Commission will continue to track the stranding response efforts.

Until more information is available, we are not in a position to comment."