CPW said some little carp and at least one crayfish survived after the small, shallow pond froze over during the winter. 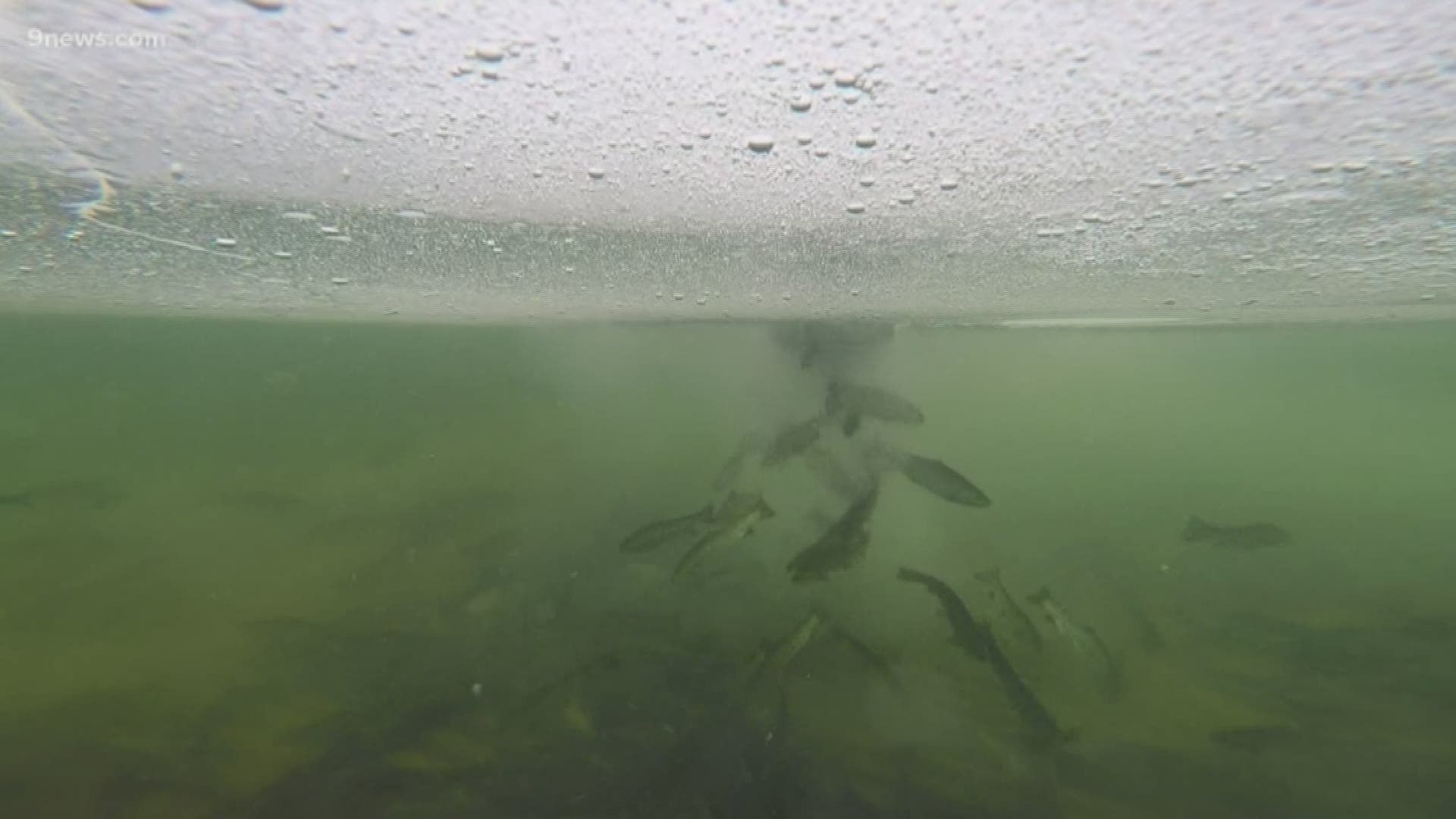 AURORA, Colo. — Some fish and a turtle died after a small pond at an Aurora park froze over, according to Colorado Parks and Wildlife (CPW).

The shallow pond at Olympic is a fountain that catches runoff from the surrounding park that is not far from a tributary of West Tailgate Creek, according to wildlife officers that investigated the site.

CPW said it's possible flooding of the creek in the past allowed the carp to enter the pond, which is only two feet deep at most.

During the winter the pond froze completely, killing carp and a turtle. CPW said some little carp and at least one crayfish survived.

The turtle appears to be a red-eared slider, which may have pioneered to the pond from nearby drainage or was possibly a pet turtle that was released, officers said.

Because the extremely shallow body of water is more of a fountain than a pond, CPW said there does not appear to be reason for any additional concern at this point.

A viewer provided pictures of the dead fish and turtle below that readers may mind graphic:

RELATED: The first Black woman to serve as a CPW commissioner is working to diversify the outdoors