Lack of rainfall and above-normal temperatures made March through April the fourth driest period for Washington since 1895, according to the Department of Ecology. 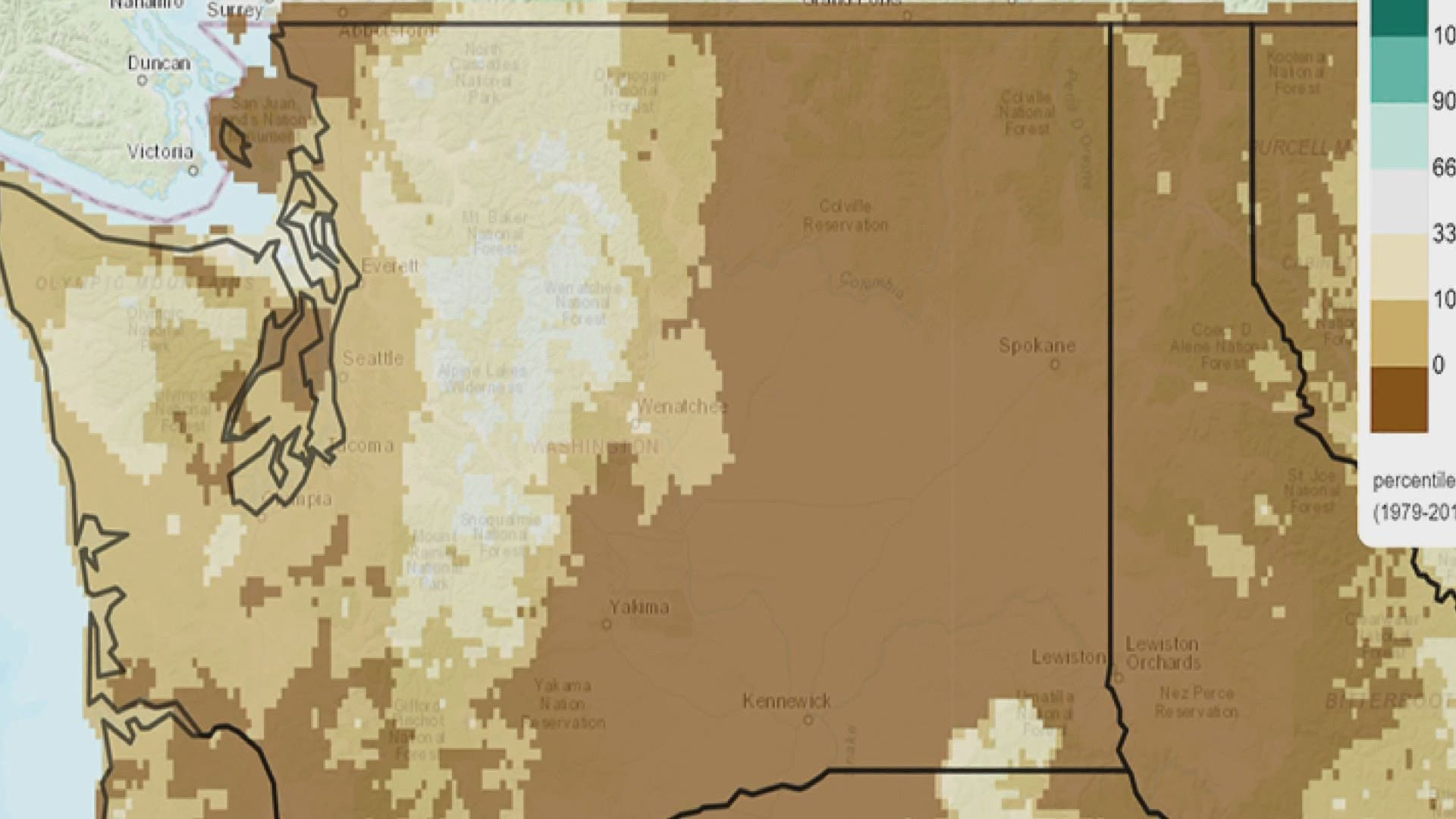 SEATTLE — As the West Coast faces severe drought, officials in Washington are warning of wide-spread dry conditions heading into summer.

Though winter brought an above-average snowpack, officials in the Dept. of Ecology said lack of rainfall and above-normal temperatures made March through April the fourth driest period for Washington since 1895.

That’s leading to problems for some agricultural producers, said Jeff Marti, drought resources coordinator for the Dept. of Ecology, especially on the East side of the state.

“We're getting reports, this spring, from folks that are watching their fields struggle, things aren’t germinating, starting to get bare spots in their fields,” Marti said. “So it's a different picture.”

Around 86% of the state is either abnormally dry or in moderate to severe drought, he said.

The west is generally experiencing a dry year, part of a 20-year long 'megadrought' for the region. California saw its fire season spark earlier than normal, and the U.S. Drought monitor comparison charts year to year cast a striking contrast.

Washington has fared better than most though, especially the areas of most-snow fall in high elevations of the Cascade mountains.

Still, with drier summer weather patterns on the way, chances of conditions improving are dropping, raising the risk of fires.

“So, you know that door’s closing, what's dry now is likely to stay dry and probably get drier,” Marti said.