A panel of experts met in Denver after the EPA labeled the Front Range a 'serious' violator of ozone standards. 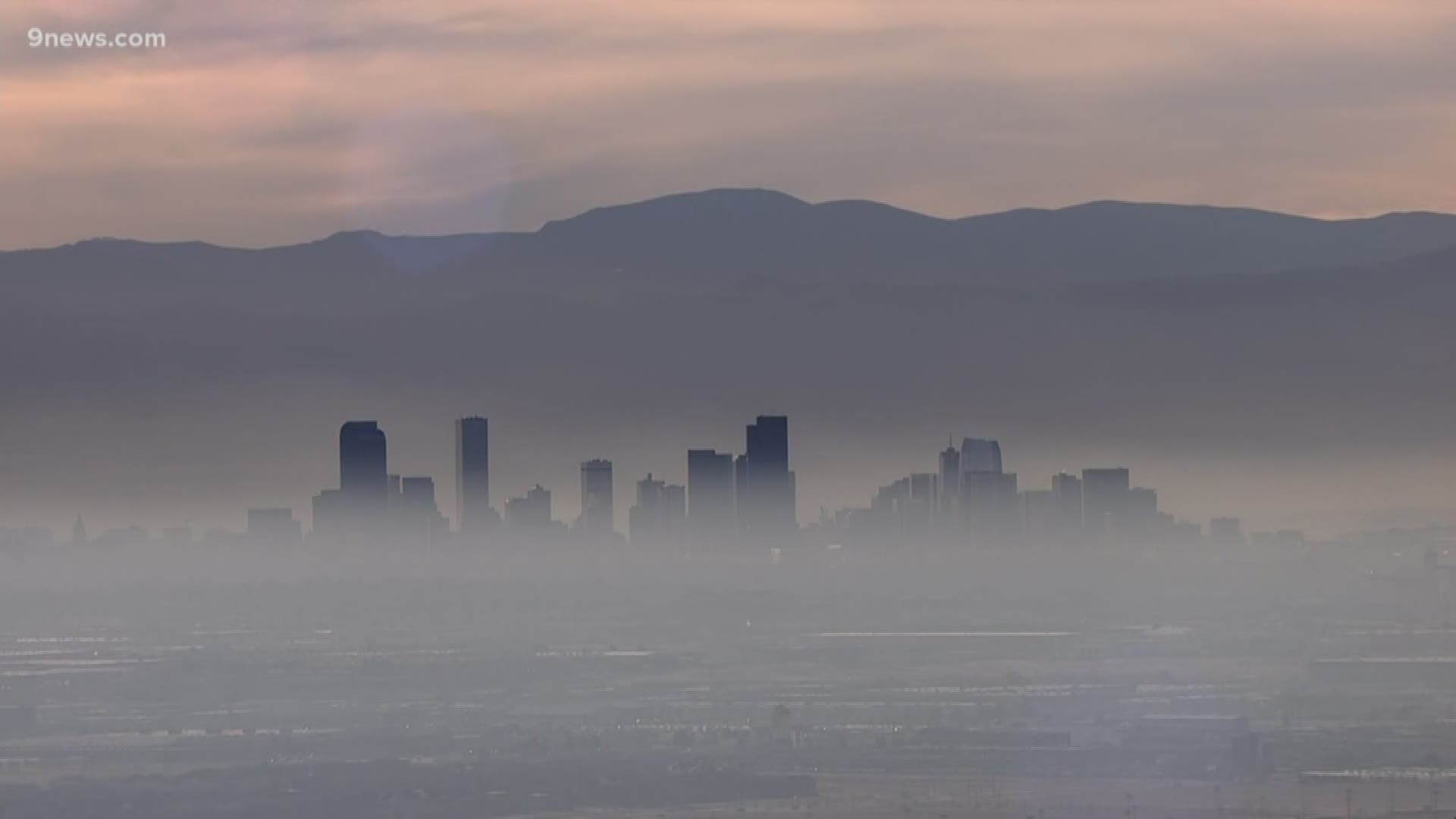 DENVER, Colorado — The Front Range of Colorado has not been able to meet what the Environmental Protection Agency (EPA) calls a safe level of ozone pollution since 2004, and now those standards have been changed to an even more stringent level -- putting our state even further behind in cleaning up our air.

In December, the EPA announced that Denver will be downgraded from moderate non-attainment of the Clean Air Act for ozone standards, to serious non-attainment.

Air Quality was the main topic at a forum in Denver on Thursday about the impacts of Climate Change.

Panelists from the University of Colorado and the Colorado Department of Public Health and Environment spoke to a small crowd at the Colorado History Center in downtown Denver.

9NEWS spoke to one of the panelists, Dr. Gabby Patron after the conference. She is a research scientist with the Cooperative Institute for Research in Environmental Sciences (CIRES) at the University of Colorado-Boulder, and with NOAA's Global Monitoring Division.

9NEWS: What does your research say about air quality in the future?

Patron: I think the science and the evidence is pretty set. Climate Change is going to make our air quality and our health impacts worse than what we are already seeing.

Is our monitoring of ozone in northeastern Colorado adequately showing the level of our problem?

Why do you say we need such drastic improvements to the way we monitor ozone pollution in Colorado?

Patron: We have not been meeting the ozone standard since 2004, and 15 years later, we now have a target pollution standard that is even lower. It’s going to take a lot more action that just sending a few more inspectors to look at oil and gas sites to meet the ozone requirements.

Where do we take enough measurements and where do we not?

Patron: We measure it more along the Front Range where you have high density municipalities, and that’s going to be mostly Denver, Boulder, the Front Range, Fort Collins, and Greeley. We need more measurements in the rural areas that has seen a big boom in oil and gas operations, and that’s not on the book yet.

Where does our ozone come from?

Patron: There was a big science campaign called FRAPPE (Front Range Air Pollution and Photo-chemistry Experiment) in 2014. They found through very extensive analysis of very high quality data, that 40% of the ozone problem is related to vehicle emissions, 40% to oil and gas extraction and processing, and the other 20% is from things like power plants and other industry.

Does the ozone pollution stay in the city and over the oil fields?

Patron: No, the air mixes and spreads by wind. So you end up looking at a soup of pollutants, and having ozone production that impacts the entire northeastern part of Colorado.

Is there a sense of urgency to clean up our act?

Patron: Yes, because if we want to address climate change, we have to have no fossil fuel extraction or burning by 2060. That’s not too far down the road. So I think we need to face tough questions, and we have to have people work together to address those questions.

Can individual people cleaning their own carbon footprint be enough for Colorado to reach ozone attainment?

Patron: It’s not enough. I cannot sit still and think that just by taking the bus, or being a vegetarian for 20 years, that I’m going to save the planet. This is not going to happen. We need to reduce our addiction to fossil fuel.

What can individuals do besides reduce our own carbon footprint?

Patron: Vote for the right leaders, and nurture a place where it’s safe to talk and communicate and exchange ideas. Because climate change is not going to be a simple thing to tackle.

Do we have too many jobs and income from mineral rights tied to the oil and gas industry to put a complete end to it?

Patron: We need to understand the world, and our own ecosystems, and look at where our economy and industry is headed, in order to see that this is not sustainable.