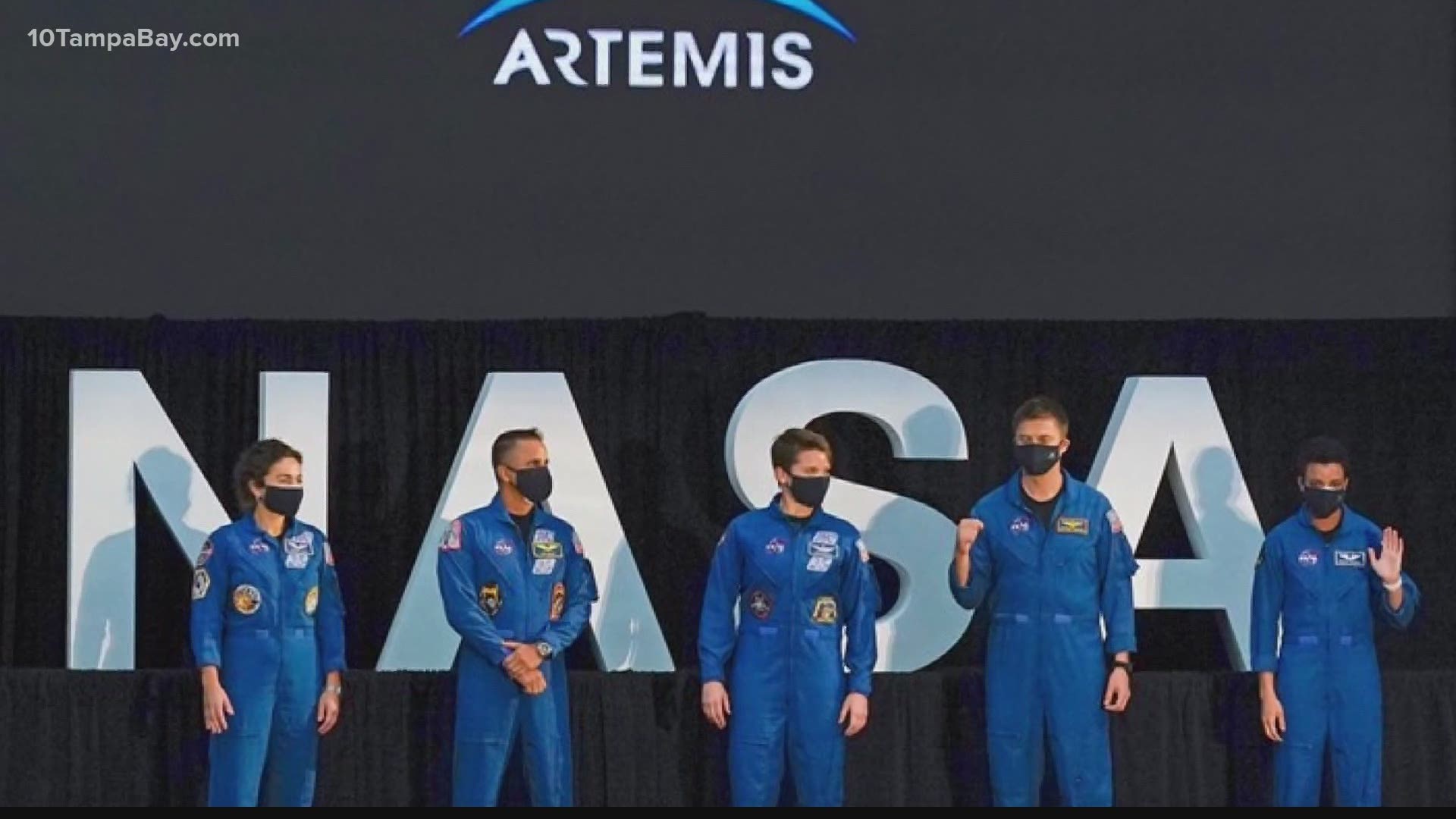 CAPE CANAVERAL, Fla. — The next astronauts to train to go to the moon have been named.

The first cadre of Artemis astronauts was announced Wednesday afternoon by Vice President Mike Pence, who was at Kennedy Space Center for a meeting with the National Space Council and leaders from NASA.

Pence, who is the chair of the council, discussed NASA's Artemis lunar program and spoke on the Trump administration's accomplishments in space exploration in the last four years.

NASA Administrator Jim Bridenstine said it has "been the joy of my life to serve this little agency called NASA," noting this council meeting is his last as administrator. After giving updates on the SLS rocket and the Orion spacecraft, Bridenstine turned it over to Pence again to name the first group of Artemis astronauts.

These astronauts are just the first bunch selected to train for future moon missions with the Artemis program, which aims to send the first woman and the next man to the lunar surface in 2024.

Learn more about these astronauts and their accomplishments here.

"My fellow Americans, I give you the heroes of the future who'll carry us back to the Moon and beyond - the Artemis generation." - @VP Pence introduces the #Artemis team of 18 @NASA_Astronauts, including 5 attending the Space Council, who'll prepare us for missions to the Moon. pic.twitter.com/NyocHHlf2v

Before the news conference, Pence announced the renaming of two bases in Florida to ones under the U.S. Space Force -- Cape Canaveral Space Force Station and Patrick Space Force Base. These are the first to get Space Force titles, Pence said.

This latest meeting of the National Space Council came days after NASA released its priorities for the first Artemis crew's mission on the moon. That mission is scheduled for 2024.

By the end of the decade, NASA hopes to have established its Artemis Base Camp.

RELATED: Break the Ice Challenge: NASA looking for help on the next Artemis project, winner could receive $5M prize