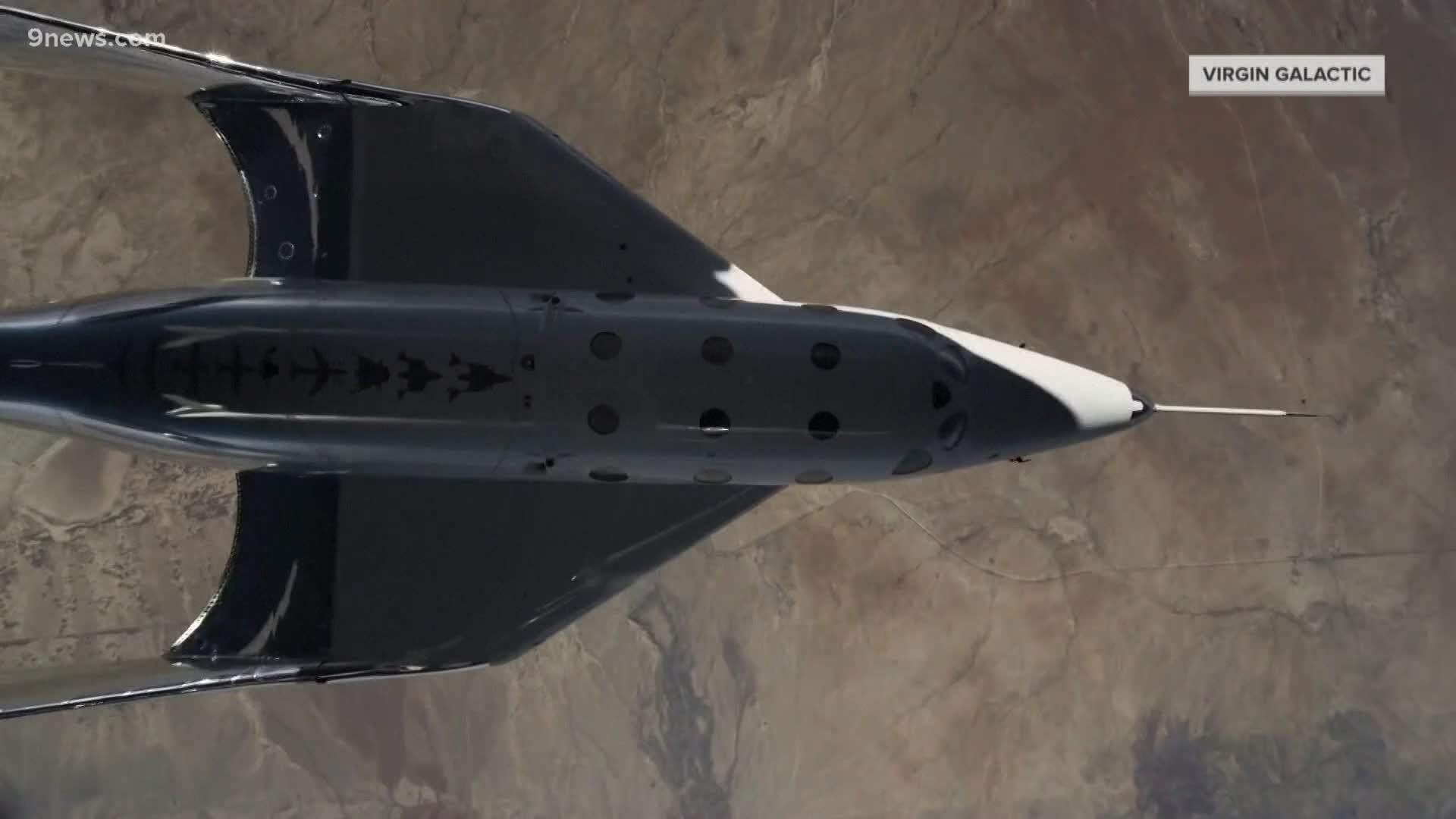 BOULDER, Colo. — British billionaire Sir Richard Branson and his five crewmates were the first civilians to fly to their own spaceship to space Sunday. The Virgin Galactic Unity22 flight crew reached the edge of space at an altitude of more than 50 miles, where passengers experienced four minutes of weightlessness, according to NBC News.

A Virgin Galactic spokesperson told 9NEWS two additional flights are planned before the company expects to commence commercial service in 2022. As of March 31, approximately 600 people have purchased tickets to take the trip once given the green light. Tickets are currently selling at $250,000.

The two students said their goal for the last three years has been to launch their own rocket into space. "More than just getting into space, it’s getting a 100% student-designed, built, and flown rocket to space," said Mckee. "That is all pretty much done in house, so we do all the manufacturing and making." More importantly, they said their primary goal is to develop good engineers for the aerospace industry. You can see some of their work here.

RELATED: Billionaire Richard Branson reaches space in his own ship

Leson and McKee were both excited about Virgin Galactic's successful trip to the edge of space Sunday morning, saying it was a step toward making space travel accessible to more people. "This is literally just the tip of the iceberg in terms of those commercial space flight developments," said McKee.

Former NASA astronaut Ron Garon told NBC News "I think we're at the dawn of a new era of space travel, where flying a spaceship will become as commonplace as flying on an airplane."