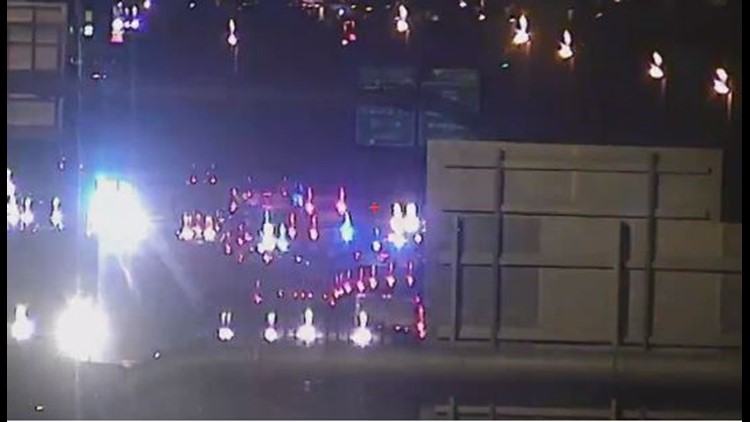 DENVER, Colorado — The southbound lanes of Interstate 25 just south of 6th Avenue were closed after nine vehicles were involved in a crash Tuesday night.

Denver Police say one person was injured in the crash. The injured person was taken to the hospital. The extent of their injury is not known, according to police.

One of the vehicles involved rolled during the crash.

Police are advising drivers to take other routes around the crash scene.