One intersection in Denver has had 15 crashes this year. 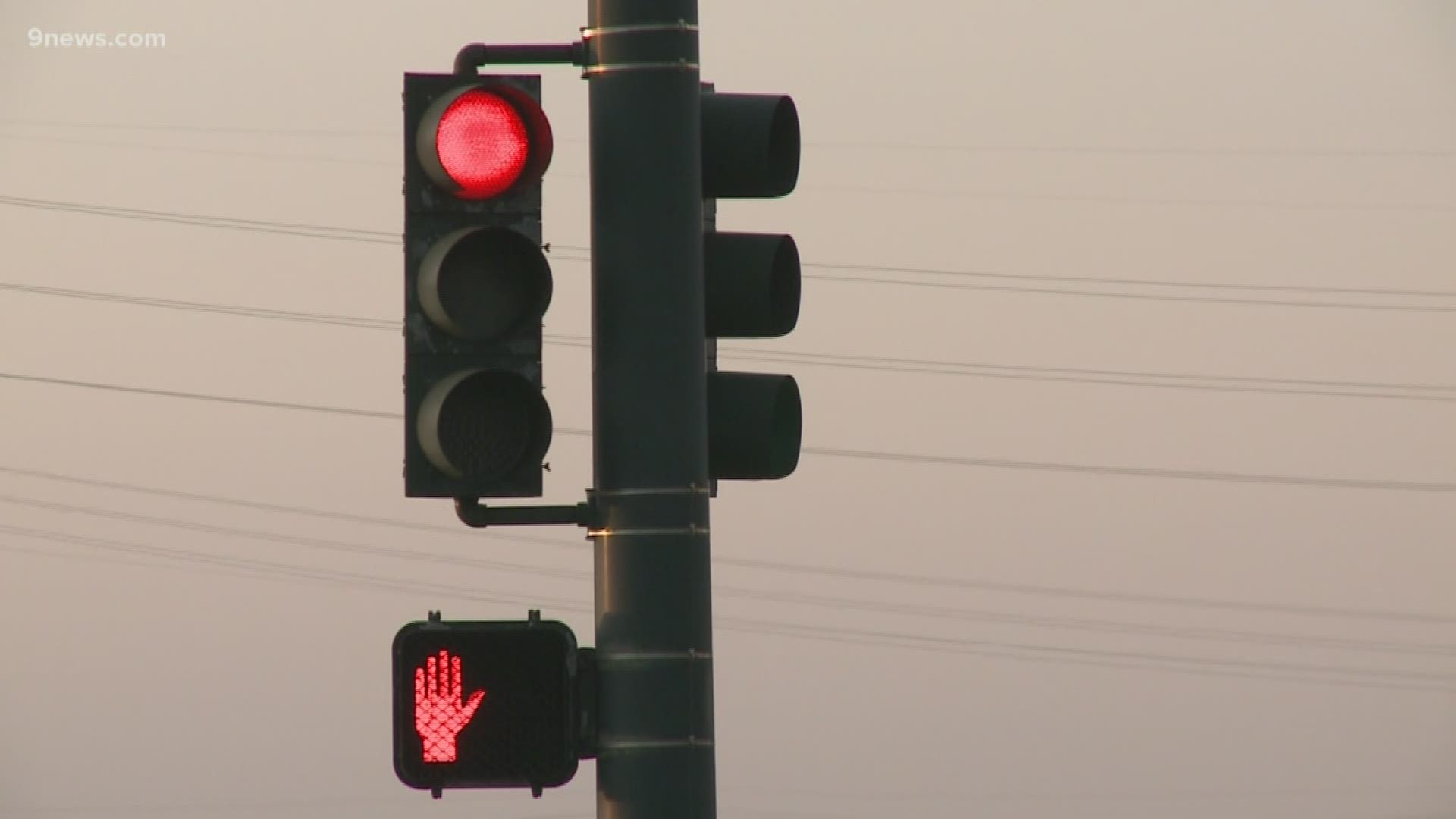 COLORADO, USA — In 2017, 939 people were killed in crashes where the driver ran a red light, according to new data by the AAA Foundation for Traffic Safety.

Of those killed, AAA said 20 were from Colorado. The state has the sixth-highest rate per capita in the country, according to the AAA Foundation.

Denver Police said the worst intersection drivers run red lights in the city is at Quebec and East 36th, where more than 5,000 tickets were issued to drivers through red-light cameras since January. That's an average of nearly 24 tickets a day. According to DPD, the same intersection had 15 crashes this year, making it one of the highest collision locations in the city.

Skyler McKinney of AAA Colorado said drivers are not getting the message.

“Not everyone fully intends to run a red. But they might see a green and be shuttling along at 35 or 45, but expect that green light to go stale," McKinney said. "You need to be cognizant of that, you also need to tap your breaks to alert other drivers behind you. So you don’t get pushed into traffic when you stop.”

In the same study, AAA Colorado said 85% of drivers believe running a red light is "very dangerous" – yet one in three said they blew through a red light within the past month-- when they could have stopped.

"While the fatality rate has dropped, we're seeing it start to go back up again for the first time in a generation. That’s largely the result of distraction and speeding and bad behavior," McKinney said.

According to Denver Police, these are intersections, equipped with red-light cameras, that have had the most violations between January 1 and July 31.

"In 65% of the fatalities related to red-light running it's not the driver who dies," McKinney said. "It’s a passenger or a bicyclist or pedestrian, so you’re putting other peoples lives on the line when you do this. And you simply don’t have to."