An ambulance responding to a call with lights and sirens activated collided with a sedan on Thursday, said Fort Collins Police. 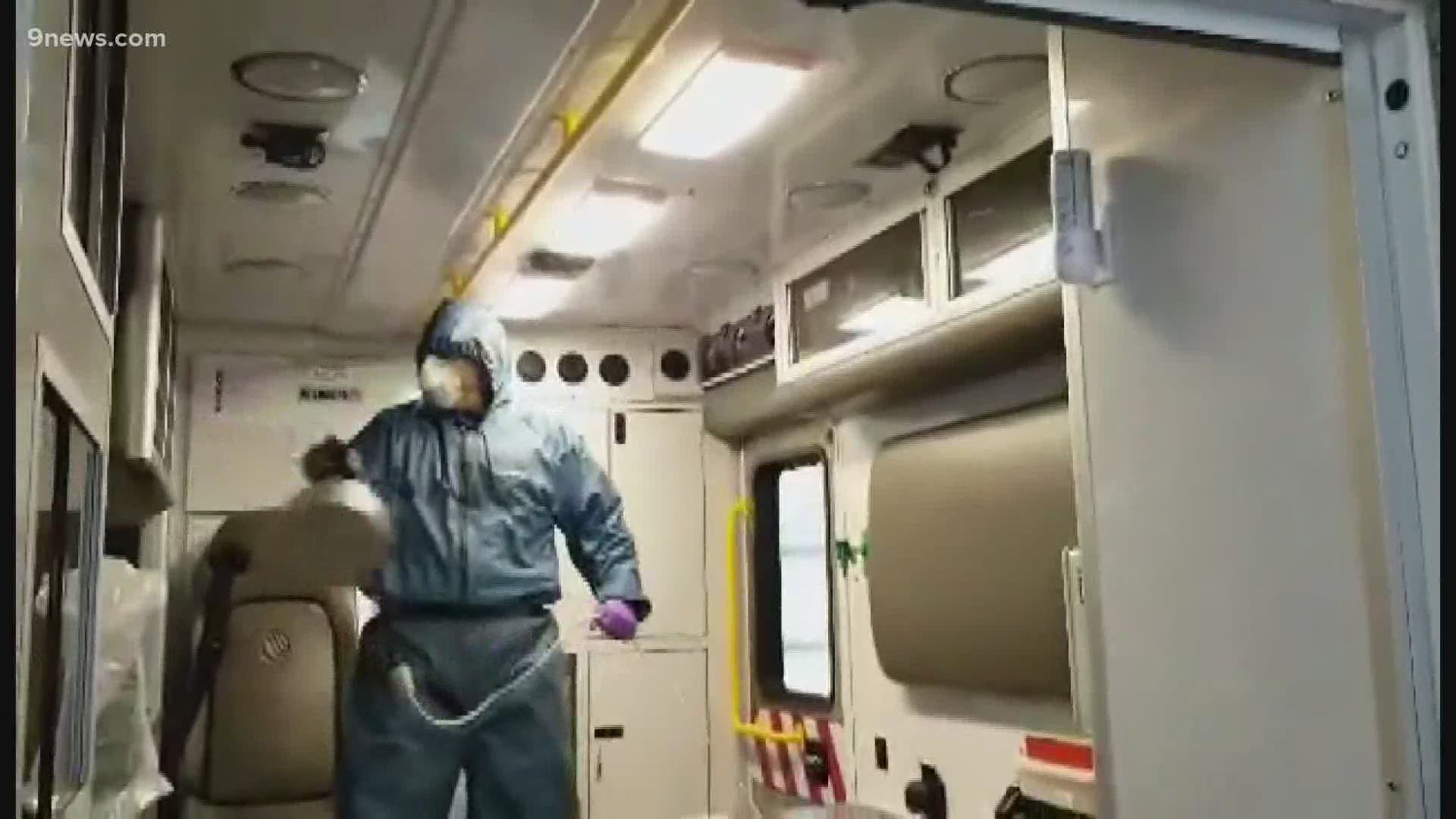 FORT COLLINS, Colo. — A 67-year-old driver of a sedan on Thursday collided with an ambulance responding to an emergency in Fort Collins, said Fort Collins Police Services (FCPS).

The sedan driver sustained moderate injuries and was transported to an area hospital. The UCHealth ambulance driver and its passenger were also treated at area hospitals and were not transporting a patient at the time of the accident, said FCPS.

The ambulance was traveling northbound on College Avenue and went through the red light at Elizabeth Street when it collided with a westbound 2013 Chrysler 200 sedan, according to FCPS. The ambulance had its lights and sirens active at the time of the crash, FCPS said.

> Video above: Colorado paramedics changing the way they respond to calls during COVID-19

Northbound College Avenue was closed in between Garfield and Elizabeth streets for approximately 3 hours while investigators processed the scene, said FCPS.

Police are working to determine if speed was a factor in the collision. Anyone who witnessed the crash or with information, who has not already spoken to police, is asked to call Officer Ken Koski at (970) 416-2229.