The canyon is closed from the base in Boulder to the top of the canyon in Nederland. 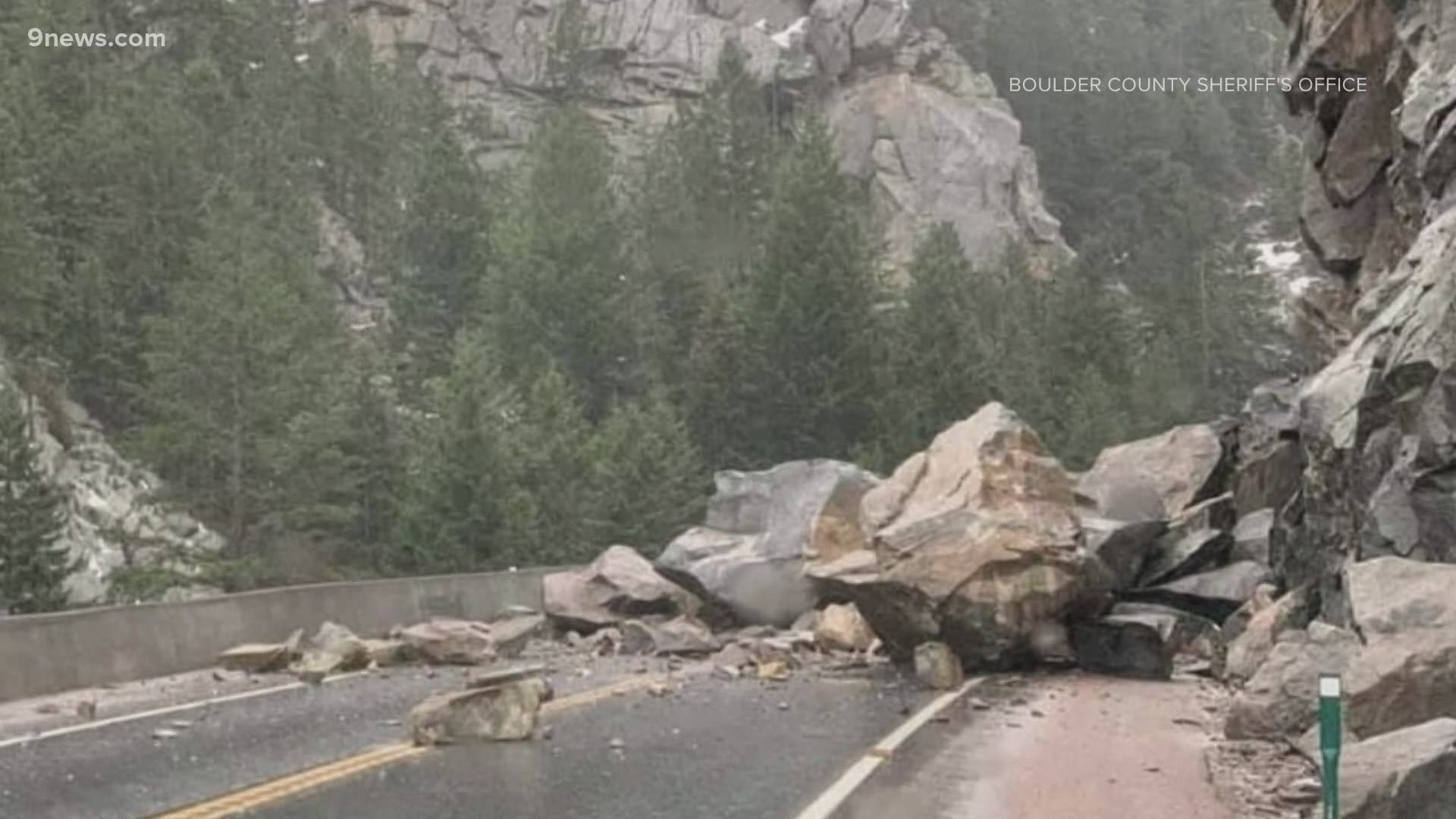 The rock slide happened Tuesday around mile marker 32 in an area known as the Narrows, the Colorado Department of Transportation (CDOT) said. The damage led to the closure of the highway from the base in Boulder to the top of the canyon in Nederland.

No people were injured and no cars were damaged, CDOT said. The slide happened during heavy rain and snow.

RELATED: A 'large boulder the size of a small boulder' rolled onto Highway 145, and the internet had questions

In the hours since crews have had to truck an estimated 300 to 500 cubic yards of rock from the road. To put that into perspective, one cubic yard of rock is around the size of a dishwasher.

"The road is still rough in some areas, so drivers are advised to drive slowly," CDOT said in a news release.

A permanent pavement repair is slated to happen in the "near future."

CDOT said its geologic teams have assessed the area where the rock slide occurred to ensure that it's safe from another rockfall. The slide happened in the same area where the agency is working on permanent repair from the 2013 flood.

RELATED: Largest firefighting plane may be sold for COVID-19 response