About 50 people were on the bus when the crash happened, a spokesperson for the Colorado State Patrol said. 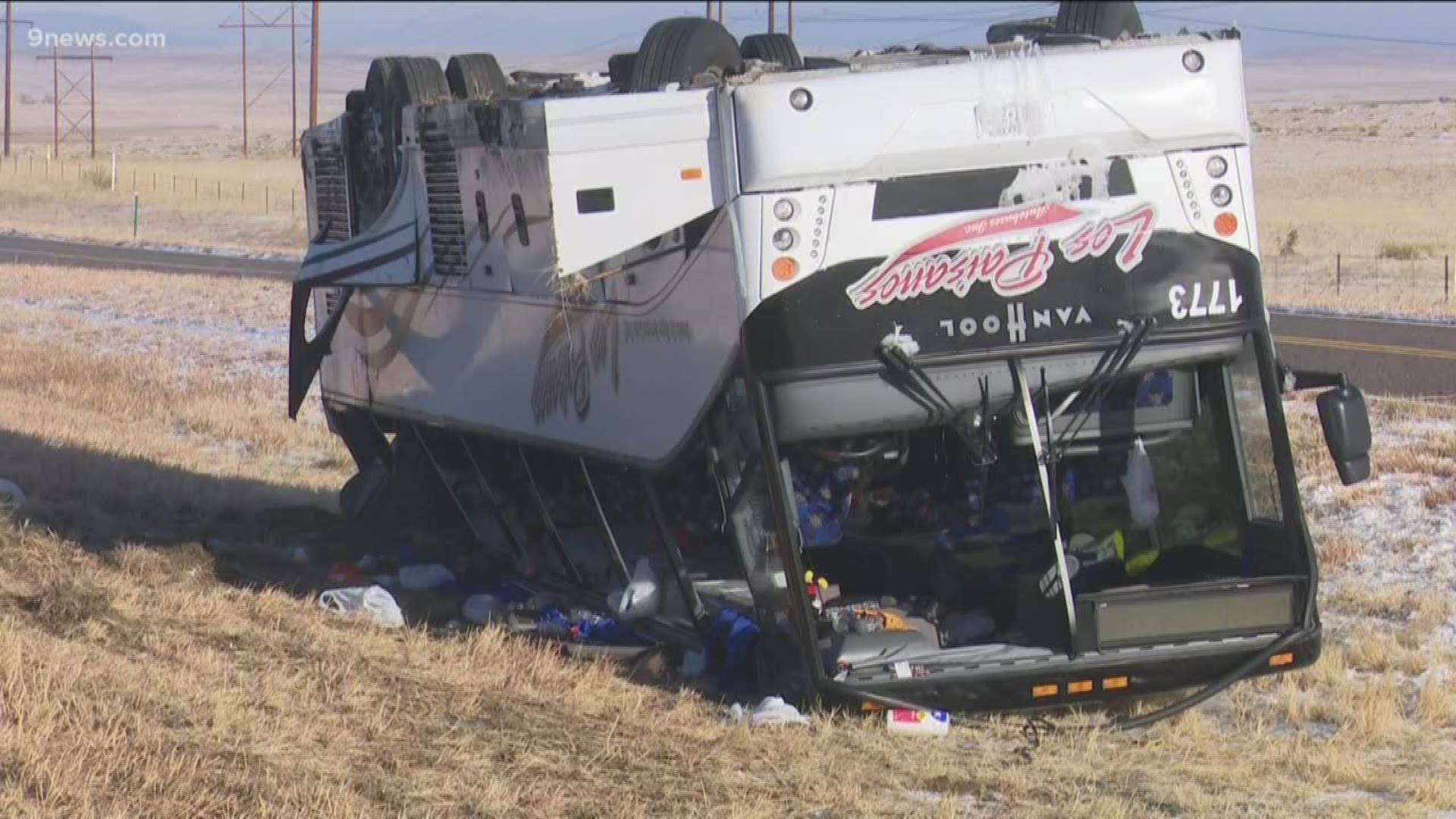 WALSENBURG, Colo. — A bus carrying 49 people rolled over onto the shoulder of Interstate 25 near Walsenburg early on Thanksgiving morning, according to a spokesperson for the Colorado State Patrol (CSP).

The crash happened around 5:45 a.m. near mile marker 45 which is about four miles south of Walsenburg in southern Colorado. Investigators said the bus ran off the right side of the road and rolled one and a half times.

Troopers said a total of 49 people, from four to 83 years old were on board, including the driver. Injuries from the crash range from minor to life-threatening. Investigators at the scene said five people, all adults, were taken to the hospital, with critical injuries. The other passengers were taken to the Huerfano County Community Center.

The 2017 Vanhool charter bus involved is with Los Paisanos Autobuses, according to the staff working at their ticketing office on Broadway in Denver.  A little before 12:30 p.m. Thursday they said another one of their buses was headed to go pick up passengers and bring them back to Denver.

Los Paisanos has several offices in the U.S. as well as Mexico, according to their website.

Now the 53-year-old driver, Alberto Torres, has been cited for careless driving that caused bodily injury.

The state patrol said they were looking into how fast Torres was going and if there were any other contributing factors.

"Our initial investigation shows that the party was traveling at a minimum of 55 miles per hour," said Cpt. Brian Lyons."Which with these road conditions this morning is way too fast. We've had other slide-offs, like I said, between here and milepost 55 on I-25 just because of the elements and icy conditions that were there and all were traveling way too fast."

Mannie Kalman, a lawyer who says he's representing the company, says the President of Los Paisanos flew to Denver Thursday to help the victims of the crash.

All the bus routes from Denver to El Paso were canceled Thursday night, with passengers booked to leave on Friday morning.

Kalman confirmed a van run by Los Paisanos was involved in a crash in 2005 that killed two people and injured several more in Colorado. A jury in Texas awarded the victims $132 million in 2010, but that was later reduced on appeal to $5 million.

One lane of northbound I-25 is now back open after it was restricted during the investigation.