A juvenile female and an adult male were injured in the shooting, police said. 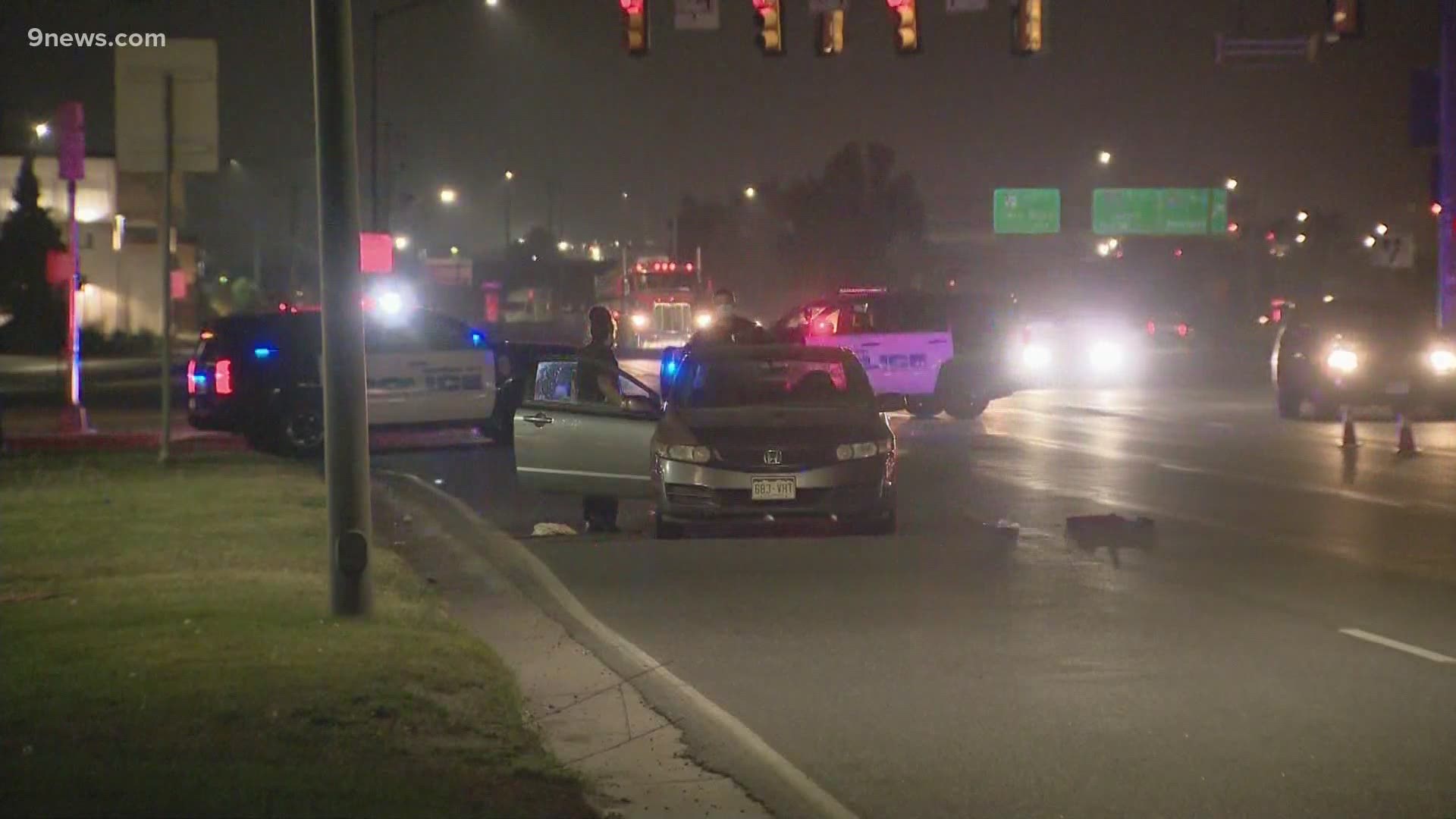 The shooting happened at just before 2:17 a.m., in the 6000 block of Highway 85, according to a release from Commerce City Police.

When officers arrived on scene, they found a grey Honda that had been shot multiple times and two people who had also been shot, police said in the release.

The driver of the vehicle was a juvenile female and the passenger who was injured was a man, according to the release.

Two other passengers were in the car at the time of the shooting, but were not injured, police said.

Police believe that the victims were shot at from the occupant of another vehicle as they were driving westbound on I-270, according to the release.

After being shot, the driver managed to exit and stop near 60th Avenue and Highway 85. A worker at the nearby Jack in the Box restaurant said she called 911 and offered first aid.

Northbound Highway 85 was restricted to one lane at East 60th Avenue and westbound I-270 was closed between Interstate 70 and Vasquez Boulevard, while the investigation continues, police said in the release.

The Colorado Department of Transportation (CDOT) closed ramps along westbound I-270 between I-70 and Quebec because of the scene, the department said in an early morning tweet.

Drivers were diverted on westbound I-70 to I-25 to avoid the scene, according to CDOT.

The two shooting victims were taken to a nearby hospital, but their conditions have not been released. Investigators have not released a description of the car that opened fire.

RELATED: 3 men dead after 3 officer-involved shootings in the last week