Construction on the I-25 Gap Project is ramping up this summer. What you can expect

Crews are actively improving an 18-mile stretch of Interstate 25 known as "the gap," starting south of Castle Rock and continuing to Monument. 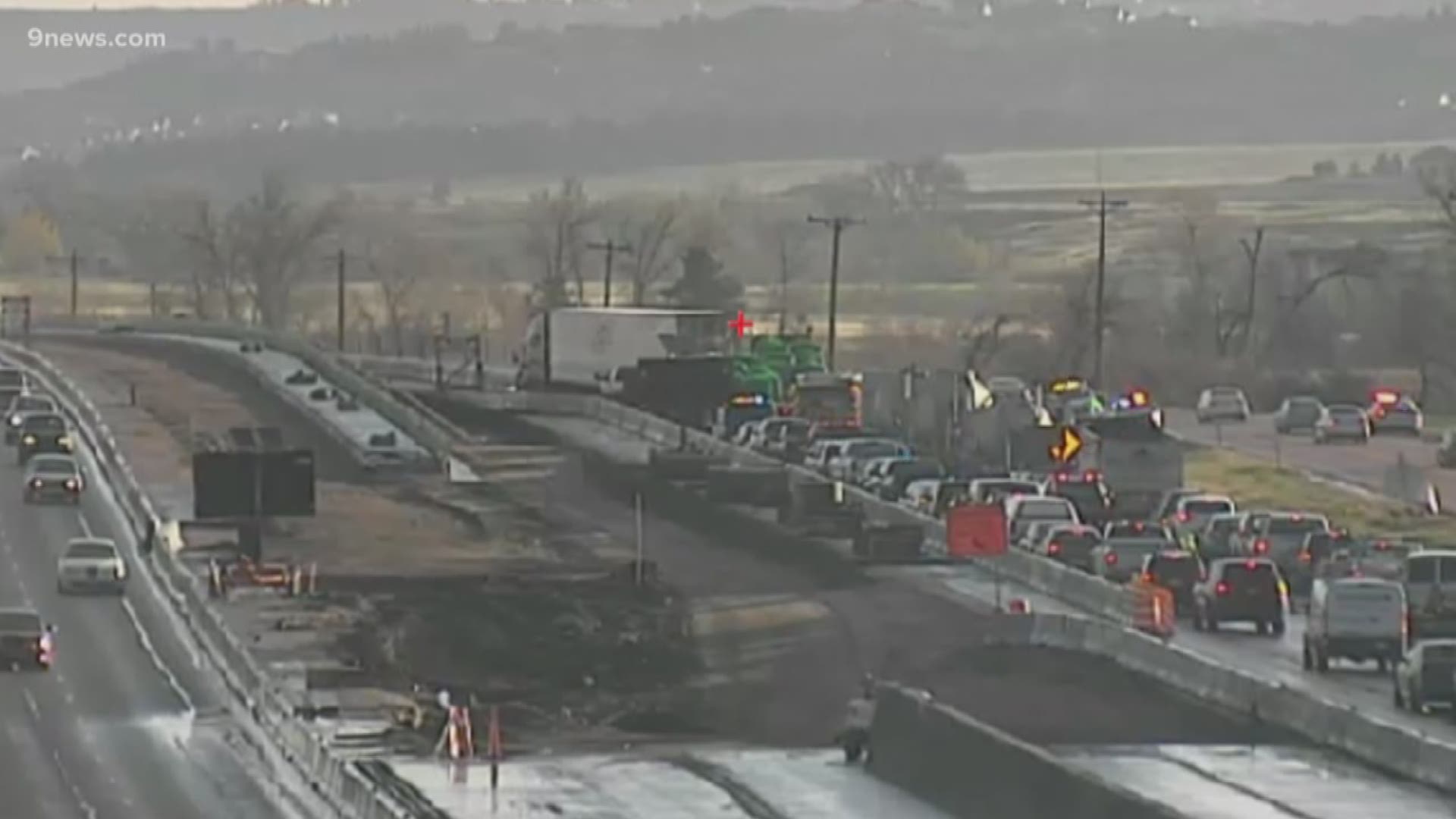 CASTLE ROCK, Colo. — The Colorado Department of Transportation (CDOT) is warning drivers there will be more traffic on Interstate 25 between Castle Rock and Monument this summer.

The area is known as "the gap," a tight, busy two-lane stretch of highway that is currently under construction.

Plans include widening the road from two to three lanes in each direction along an 18-mile stretch. Work on the project started in September 2018.

RELATED: Construction starts Tuesday for I-25 widening project between Monument and Castle Rock

Over the summer, CDOT said it will have more crews in the area as construction increases.

Both lanes are still open in through the gap, but CDOT said that at times, lanes will be closed overnight.

For those towing campers or trailers, CDOT said to be aware there will be narrow lanes and shoulders all summer.

RELATED: Is recent construction causing more crashes in the 'I-25 Gap'?

The new lanes being built will operate as express lanes. That means motorists can choose from taking one of the two general-purpose lanes for free or pay a toll to drive in an express lane.

RELATED: Why you shouldn't expect new highway lanes without a toll

CDOT said its hope is that the additional lanes will help reduce congestion and delays while helping to make more room for a growing population in the area.

Construction is expected to last through late 2021, with tolling set to start in 2022.