1 killed, 2 seriously injured in crash that shut down EB I-70 for hours

The cause of the crash is under investigation, Denver Police said. 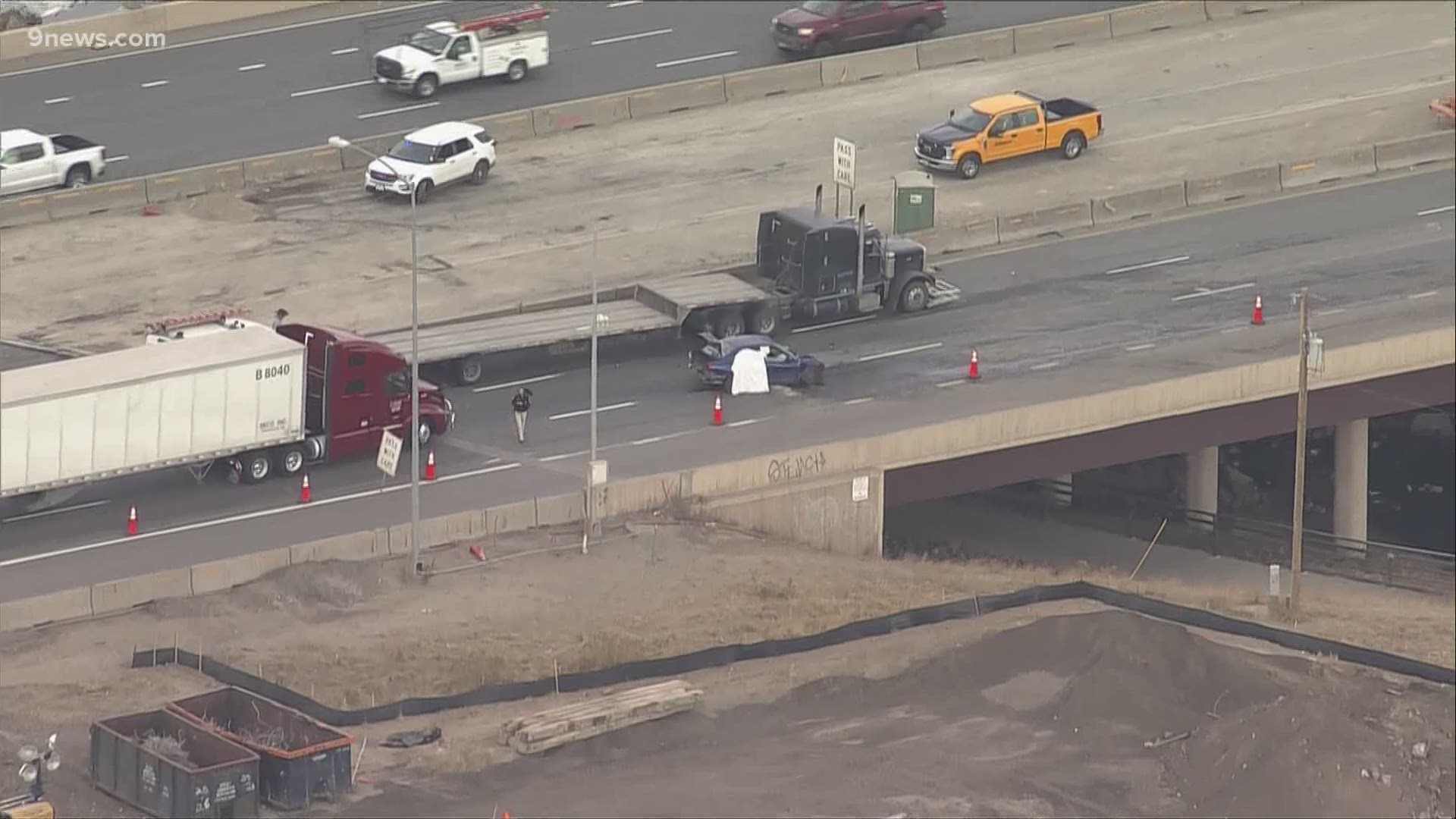 DENVER — One person is dead after a crash involving two semi-trucks Wednesday morning that shut down a stretch of Interstate 70 for hours.

The Denver Police Department (DPD) tweeted at 11:20 a.m. that eastbound I-70 was closed at Quebec Street due to a multi-vehicle crash with serious injuries.

All eastbound I-70 ramps were closed from Brighton Boulevard to Quebec Street, according to DPD.

Later, DPD said one person had died and two others had serious injuries. Those two are expected to survive, according to DPD.

Just before 3 p.m., DPD announced the highway had reopened.

RELATED: I-70 reopens after shooting shuts down westbound lanes in Denver

The cause of the crash is under investigation, DPD said.