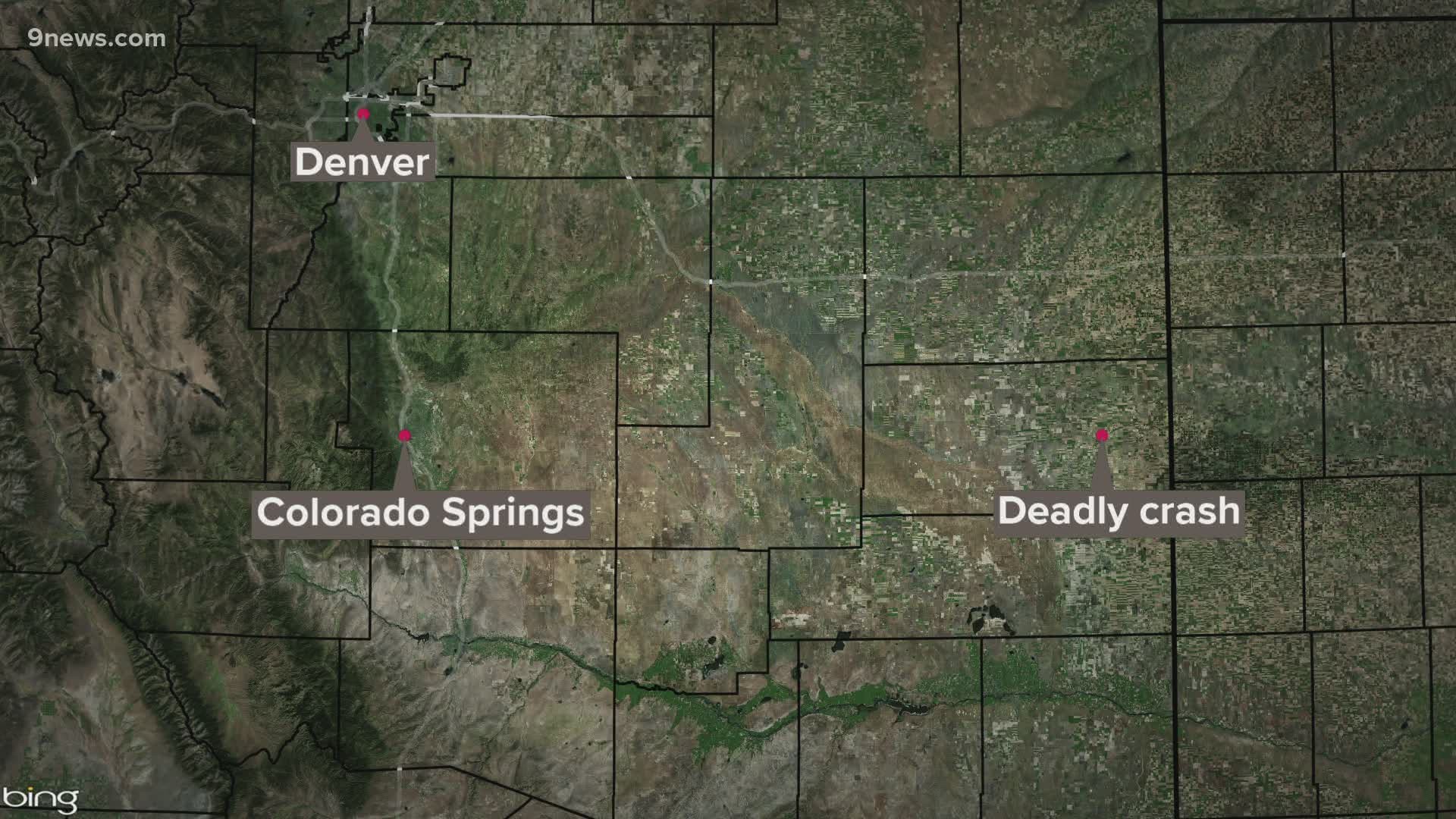 CHEYENNE COUNTY, Colo. — The eighth person injured in a fatal two-vehicle crash in eastern Colorado, has died from their injuries, according to Colorado State Patrol (CSP).

According to the CSP, the crash happened at about 4:30 p.m. Friday on Highway 40 between Kit Carson and Hugo.

A Ford F-150 pickup truck that was towing a boat was passing a semi-truck that was traveling in the same direction when it crashed head-on into a Chevrolet Silverado, according to a CSP news release.

The Ford pickup was in a passing zone and heading west in the eastbound lanes when it hit the Silverado, which was going east, the release says.

The Ford pickup caught fire and was engulfed in flames, CSP said. Four of the people who died were in the Ford truck.

The other two occupants of the Chevrolet died at the scene of the crash.

The driver of the Chevrolet Silverado was 59-year-old Samuel Henry from Liberal, Kansas, according to CSP. The passengers of the Chevrolet were Joshua Henry, 36, from Sterling, Colorado, Messiah Henry, unknown age, and Maki Henry, an 8-year-old boy.

The driver of the Ford F-150 was identified as Jian Zhong, 45, from Aurora, according to CSP.

The passengers were identified as Cathy Zhong, 45, from Aurora, Myoli Zhong, a 9-year-old girl from Aurora, and Ren Juntan, 53, Centennial, according to CSP.

The driver of the semi-truck was not injured.

Highway 40 was closed for several hours for investigation. The road was back open by Saturday morning, the CSP spokesperson said.