The Federal Highway Administration found a 69% reduction in pedestrian crashes in another city using the lights. 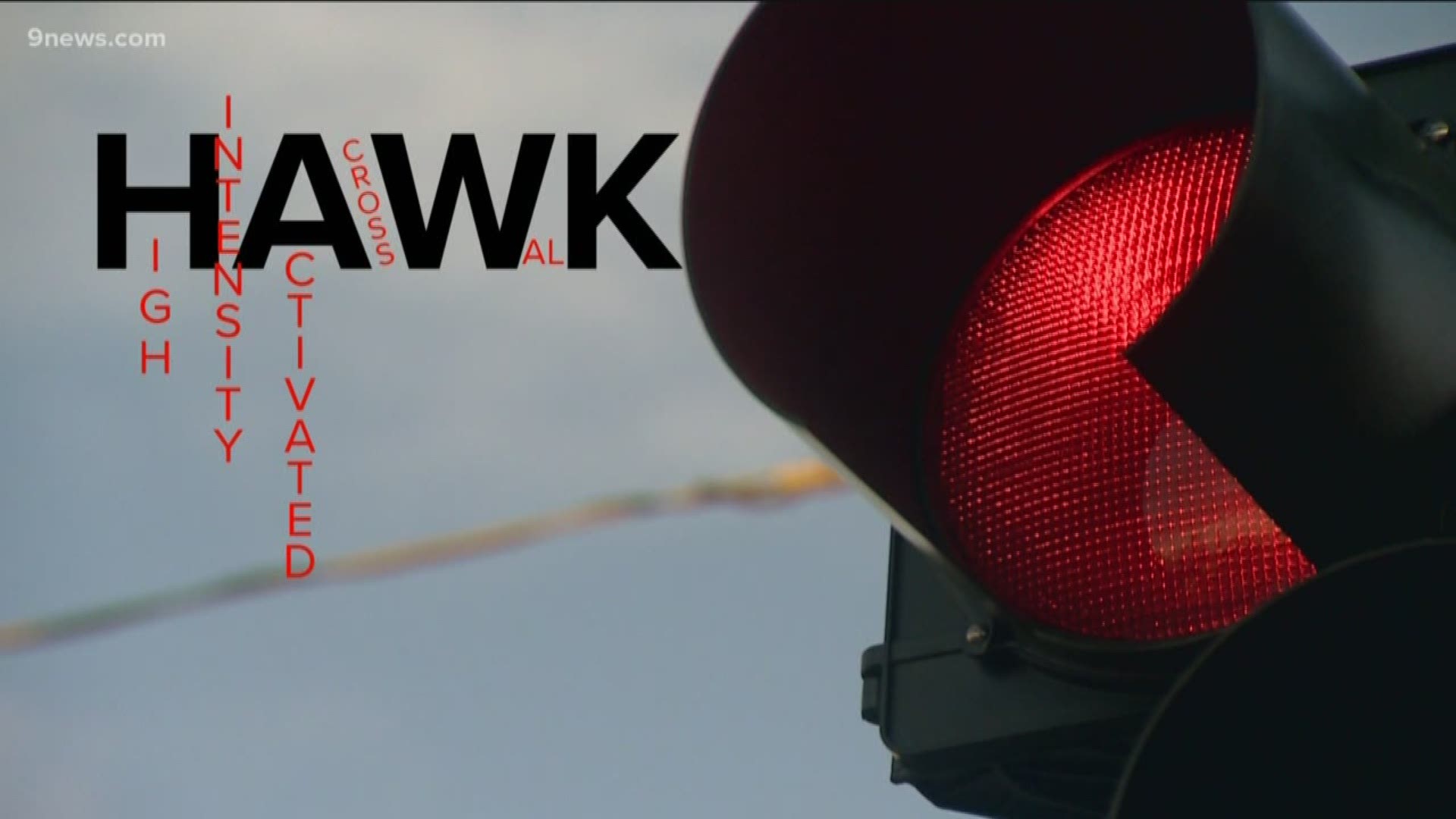 HAWK lights, which is supposed to stand for High-intensity Activation crossWalK, only turn on when a pedestrian pushes the button, activating a series of lights to stop traffic.

When Denver Public Works shared the location of the latest light on social media, some people had questions about how the lights work.

“HAWK signals are new to Denver so a lot of people have never seen them before,"  said Jill Locantore, with the pedestrian advocacy group WalkDenver. "So it’s not surprising that they would be a little confused when they see it for the first time.”

The light series starts with a flashing yellow light (to warn drivers something is happening), moves on to a solid yellow (meaning slow down and prepare to stop), then to a solid red light (which means stop), then to a flashing red light (which means drivers can proceed if the crosswalk is clear, like a stop sign). 9NEWS spotted several confused drivers on Tuesday afternoon.

Locantore explained that the lights are actually cheaper than a typical traffic light and that they’re becoming more common across the country.

“The great thing about HAWK lights is they are pedestrian-activated," she said. "Most of the time they are dark and only turn on when somebody is present and actually needs to cross the street. That means it’s there when you need it and when you don’t need it, it allows traffic to flow unimpeded.”

There is data to show it works.

The Federal Highway Administration looked at the effect the lights had on another city. They found a 69% reduction in pedestrian crashes there.

Here are the existing locations of HAWK lights in Denver by year they were turned on: