Cyclist Alexis Bounds was hit and killed while riding her bike on the road in July 2019. 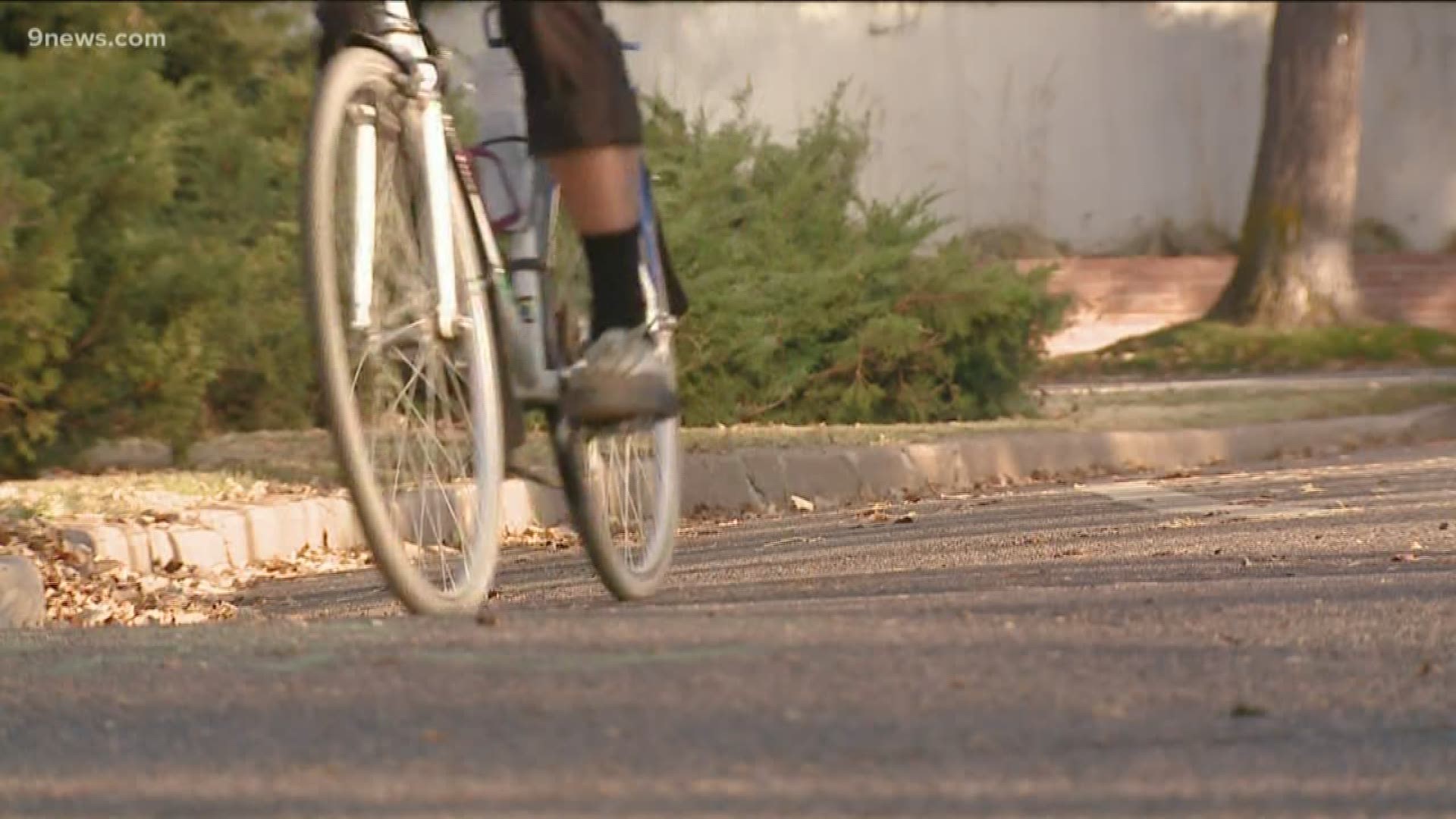 DENVER, Colorado — Marion Parkway has received much attention after cyclist and mother Alexis Bounds was killed while riding there in July. Denver Public Works shared its latest protected bikeway plan at a public meeting Thursday.

The meeting drew a packed auditorium of mostly cycling advocates at Steele Elementary. Several people also came to protest the lanes. The city has asked for continued input from all involved as it looks to finalize plans in the coming months.

The latest plan puts protected bike lanes with a low concrete barrier in the median and not along the sidewalk. The city did so to prevent cyclists from interacting with parked cars and to avoid rush hours at Steele Elementary.

“We evaluated all of the conflicts along the corridor, we counted that up, how many interactions a bicyclist might have with a vehicle, and when we did that math, there’s many fewer conflicts if we do it along the median,” said Denver Public Works’ Senior Planner, Sam Piper.

He added that they plan to use a low concrete barrier, similar to curb height, to keep a low profile.

Marion Parkway between Bayaud and Virginia is a high traffic cycling area. While some residents worry about aesthetic, others worry about the increased bike volume a protected lane might bring.

“Bicyclists have already shown people in the neighborhood that they don’t care much for slowing down,” said Walt Heidenfelder who lives near Washington Park. “I am concerned about the huge increase in bicycle traffic. That possibly, and I think predictably, will make our neighborhood more dangerous.”

But the lanes are coming thanks to an $18 million-dollar bond that will help Denver build 125 miles of new bikeways in the next five years. There has been a steady increase in traffic fatalities as the city continues to grow. The city says it’s committed not only to reducing traffic injuries and deaths to zero but also to getting people to explore alternative modes of transportation.

RELATED: Denver could see more traffic fatalities in 2019 than any time in the last decade

The city said 59% of residents have an interest in cycling but are concerned about safety. They hope this, and the seven other lanes it’s currently planning, addresses some of those concerns.

“I just want to be able to ride around Denver safely with my family. I have a younger sister who is six and she barely knows how to ride bikes,” said nine-year-old Lucy Odwyer, who came with her mom to learn about the plan. “She has to ride in between us and it’s really scary biking with her.”

The city said the Marion Parkway lanes could be finalized in the coming months and implementation could begin by summer 2020.