Feds sign off on $1.2B overhaul of I-70 across north Denver

The controversial $1.2 billion controversial plan to expand Interstate 70 through north Denver was approved Wednesday by the Federal Highway Administration. 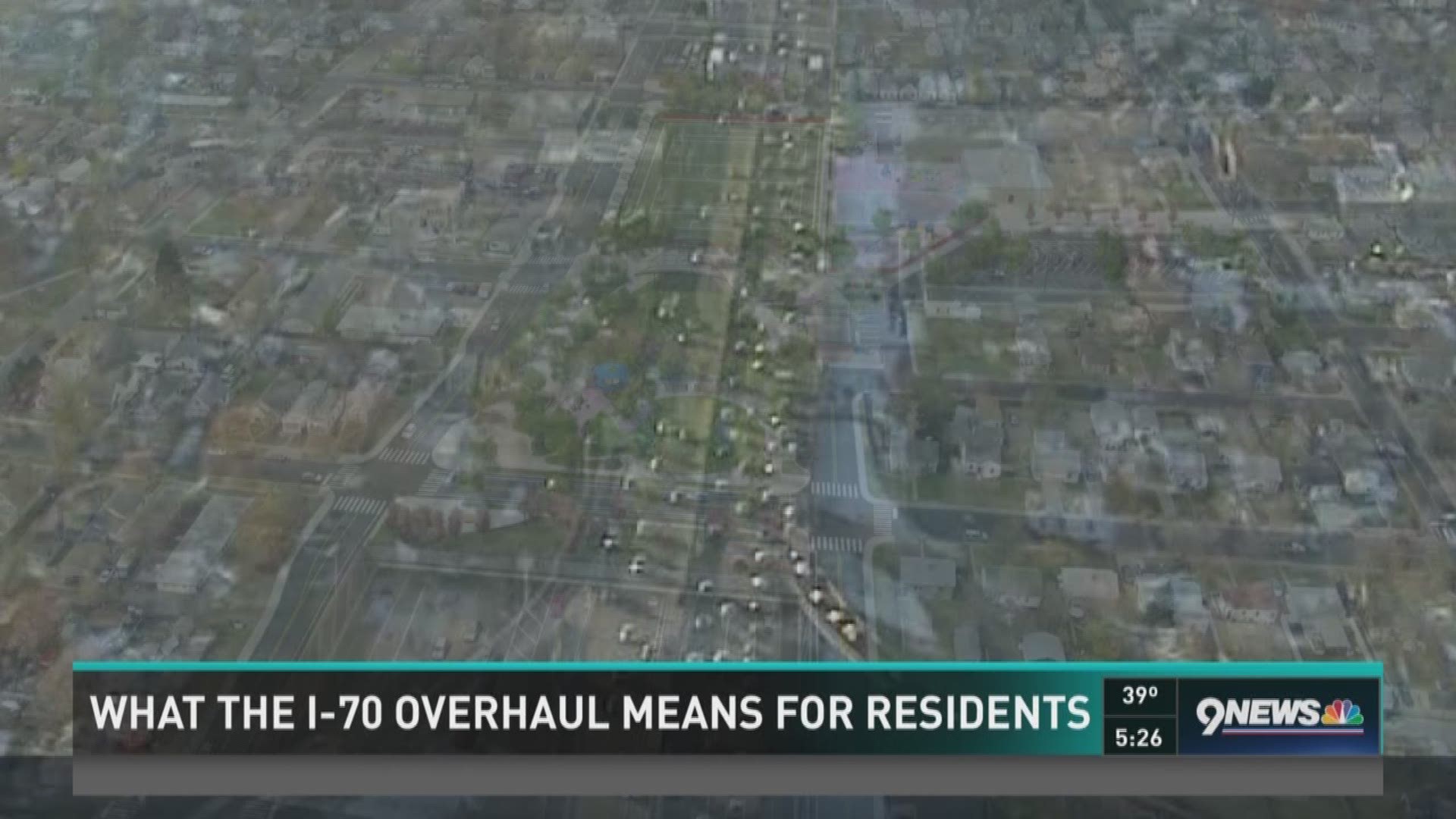 The controversial $1.2 billion controversial plan to expand Interstate 70 through north Denver was approved Wednesday by the Federal Highway Administration.

The federal approval follows a 14-year effort to figure out how to unclog the major corridor for the city, state and nation.

The Central 70 Project will reconstruct a 10-mile stretch of I-70, add one new Express Lane in each direction, remove the aging 53-year old viaduct, lower the interstate between Brighton and Colorado boulevards and place a 4-acre park over a portion of the lowered interstate by Swansea Elementary School.

"If there's one thing I've learned in this job it doesn't matter what decision we make somebody is not going to be happy," said CDOT Executive Director Shailen Bhatt . "We believe that we have followed the law and done everything that we need to do and have come up with the best possible solution while reconnecting this neighborhood and providing good outcomes for this neighborhood."

However, residents who oppose the project see things differently. A total of 56 homes will be lost to make way for the highway expansion. Residents are also worry about potential impacts on their health from increased traffic.

"The decision today really highlights what we've been encountering all along," said Candi Cedebaca a Swansea resident and Executive Director of Project Voice. "And that's a complete disregard for communities' health and civil rights."

The project has drawn controversy, including a lawsuit filed against the U.S. Environmental Protection Agency over air quality standards used to study environmental impacts.

The U.S. Department of Justice is investigating complaints from community groups that the project could have severe environmental and economic impacts on the communities of Globeville, Elyria, and Swansea.

CDOT expects the project to get underway next year despite the pending lawsuits. It's expected to take 5 years to complete.