At least one person was killed in the crash, according to the Colorado State Patrol. 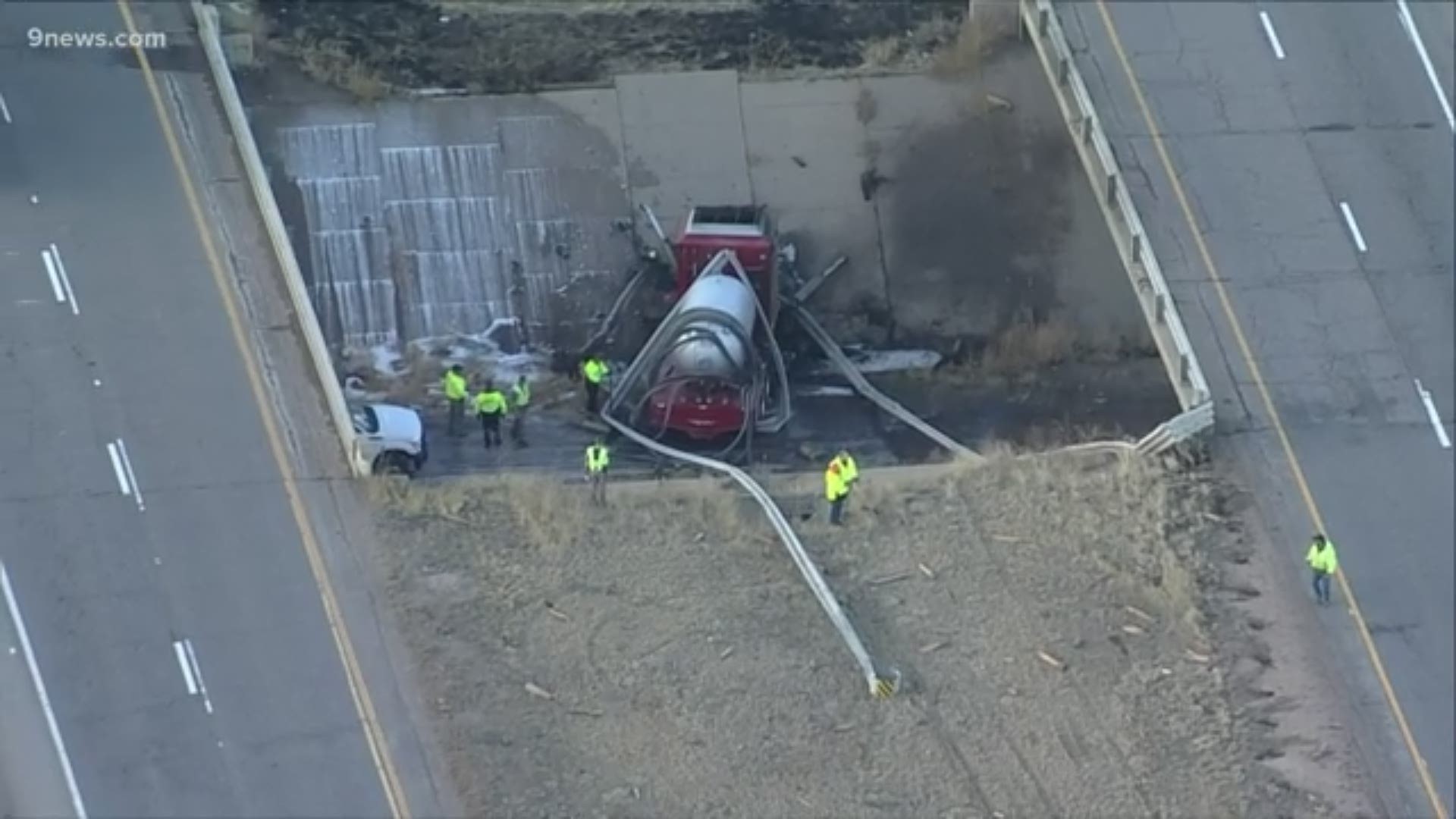 PEORIA, Colo. — The westbound lanes of Interstate 70 are closed between the towns of Deer Trail and Peoria following a fatal crash involving a tanker truck, according to the Colorado Department of Transportation (CDOT).

The truck crashed near the town of Peoria just before 2 p.m. and then caught fire, according to Master Trooper Gary Cutler with the Colorado State Patrol (CSP). At least one person was killed, according to Cutler.

A 9NEWS viewer who said he witnessed the crash said the truck went off an overpass and then burst into flames.

The highway was fully closed, but the eastbound lanes have since reopened. CDOT said traffic is being detoured onto Highway 40.