It’s so hot that a road buckled in Castle Rock

Drivers were asked to avoid a stretch of Plum Creek Parkway after a section of the road buckled amid nearly three digit temperatures. 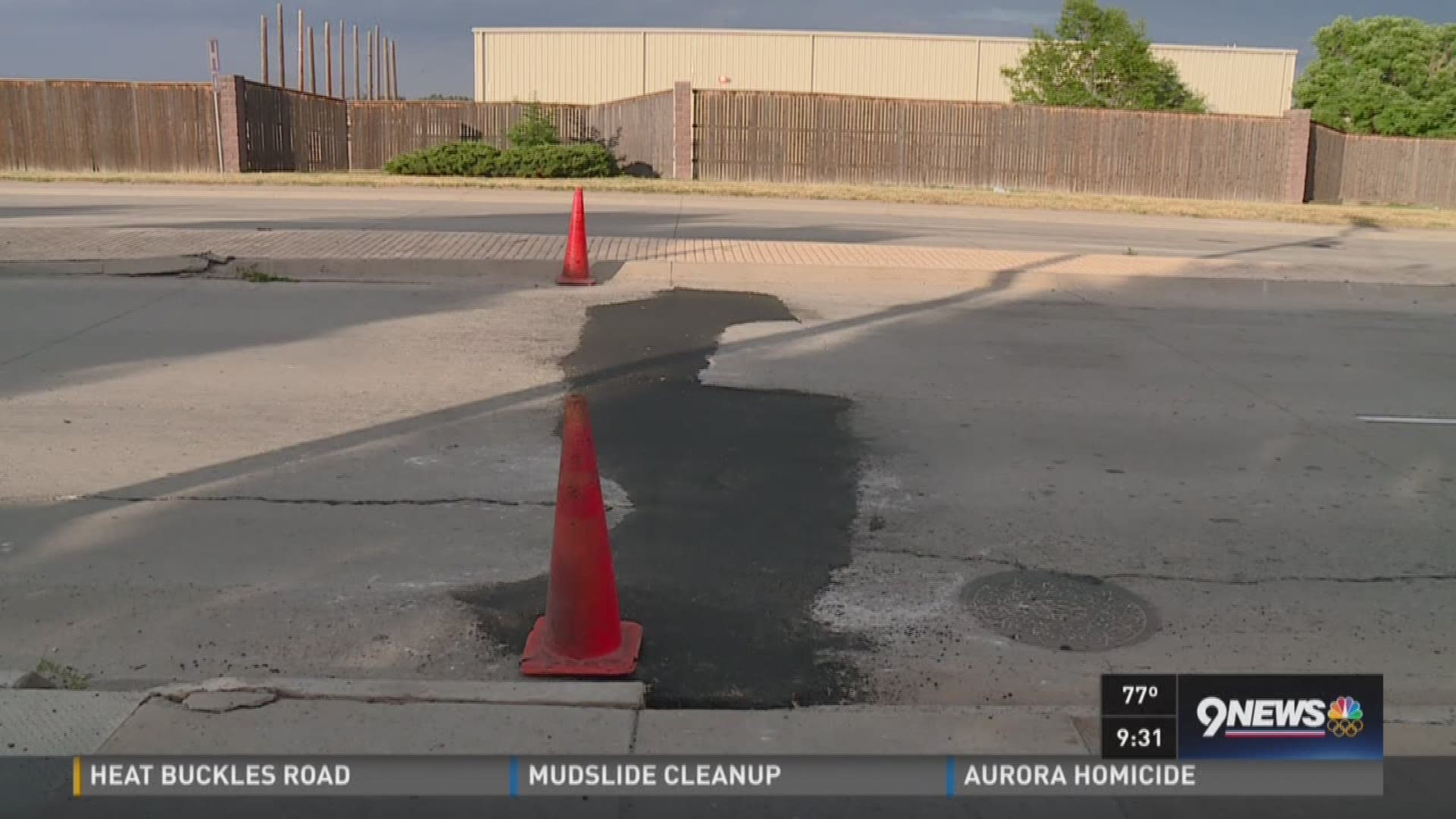 DOUGLAS COUNTY, Colo. — Emergency crews had to make repairs after a stretch of Plum Creek Road near Castle Rock buckled Monday afternoon due to what’s believed to be the heat.

The road buckled between Interstate 25 and the Miller Activity Complex and drivers were asked to avoid the area if at all possible.

Highs at Denver International Airport hit 98 degrees, making it the hottest day of the year and the first in what’s forecasted to be a string of days with highs in the 90s – maybe even the first 100-degree day of 2021.

This forecast prompted the National Weather Service to issue an Excessive Heat Warning for a swath of the Western Slope – the first time this particular advisory has happened in Colorado.

As for roads buckling?

This does happen during the summer, but it's not particularly common. The links below are from previous 9NEWS stories about the phenomenon.

RELATED: It's been so hot, a Colorado road has literally buckled under the heat

> If these links weren't enough to satisfy your interest in road buckling, the video above is from previous stories about the phenomenon.

And here's a photo of the now-buckled Plum Creek Parkway in Castle Rock:

Buckling can happen when concrete slabs of roads start expanding in the heat and press on each other, according to a CDOT engineer.

This creates stress and if they expand and press too much, the road will buckle at those stress points.

If you see roadway that appears to be damaged or buckling, call CDOT's customer service representatives at codot.gov or at the following phone numbers: