I-225 northbound closed at South Parker Road for fatal crash 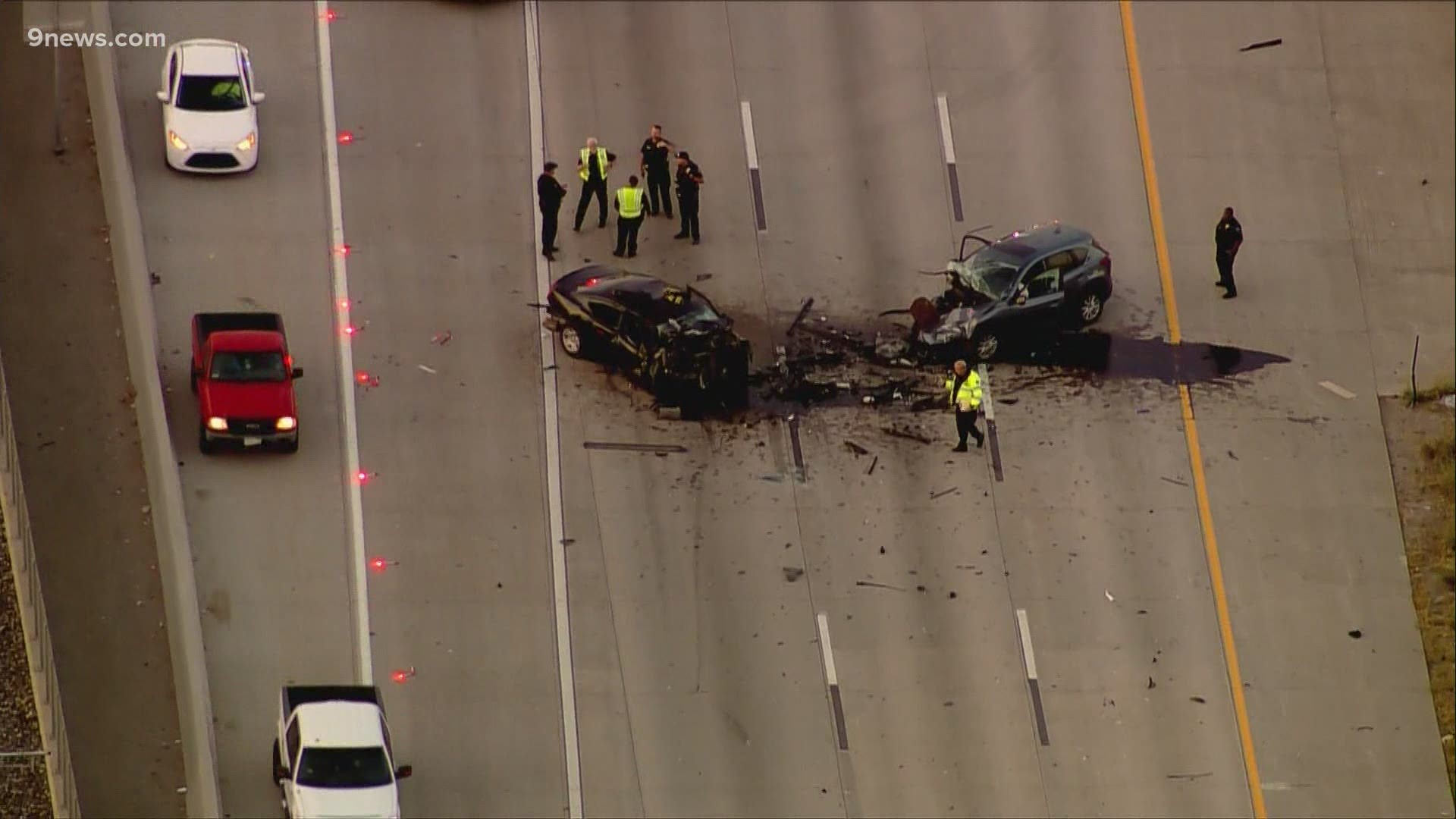 AURORA, Colo. — One person was killed in a crash that closed lanes of northbound I-225 on Monday morning.

At about 6:15 a.m., officers from the Aurora Police Department (APD) responded to a crash on I-225 near South Parker Road.

APD said a Dodge Charger drove onto the interstate at East Iliff Avenue going southbound in the northbound lanes. The Dodge struck the passenger side of a Chevrolet Silverado pickup truck and continued traveling against traffic until the Dodge hit a Mazda SUV head-on, according to APD.

Police believe that alcohol may have been a factor in the crash.

The identity of the victim will be released by the Arapahoe County Coroner's Office after next of kin have been notified.

Anyone who may have witnessed the crash or has any information about the incident, is asked to call Metro Denver Crime Stoppers at 720-913-7867.

Northbound traffic was diverted onto Parker Road as crews investigated the crash Monday morning and into the afternoon. APD did not have an estimate on how long northbound lanes of the interstate would be closed.

UPDATE: There is one confirmed fatality from this crash. The interstate will be shut down for an extended period of time as the investigations is completed. NB traffic can get back onto I-225 at the Mississippi Ave on-ramp. #APDTrafficAlert

Download the 9NEWS app to get traffic alerts on your phone.