I-25 reopens after tanker fire

A vehicle fire has closed both directions of I-25 near the Denver Tech Center due to a vehicle fire. 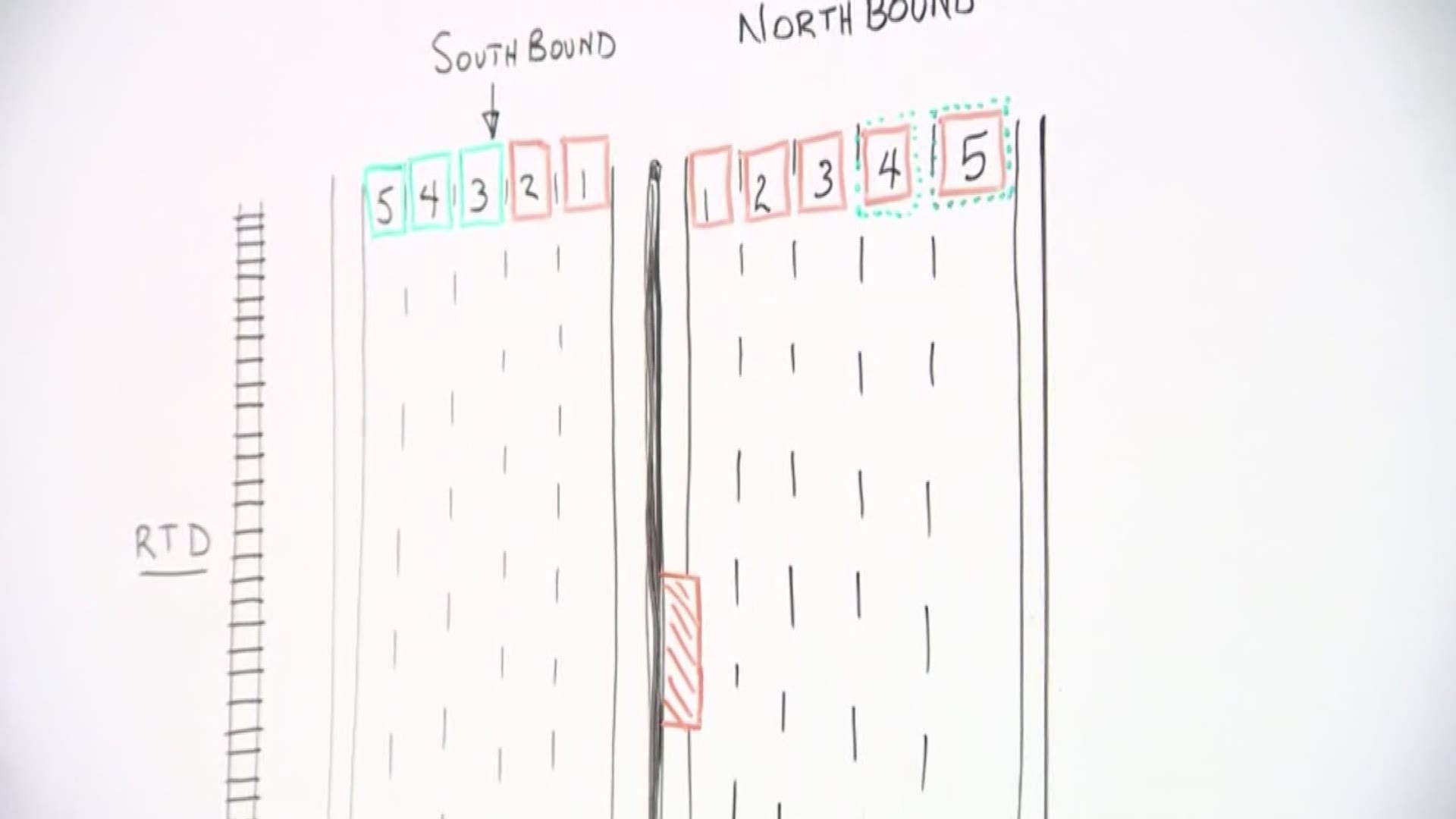 Road crews worked through the night to repair the northbound lanes of Interstate 25 in the Denver Tech Center after a tanker fire on Wednesday afternoon.

All lanes of the interstate reopened just after 4 a.m.

The fire sparked just before noon in the northbound lanes of I-25 at Orchard Road and Belleview Avenue. CDOT says a fuel tanker blew a tire and crashed into the median, catching fire.

LIVE VIDEO: A look at I-25 from a nearby traffic camera

TONIGHT: This is CDOT'S plan to re-open I-25

DETOUR: Best routes around I-25 closure

TRAFFIC: A real-time look at road conditions in metro Denver

The driver of the tanker was injured and taken to the hospital. That person is expected to recover. Dramatic video sent to 9NEWS shows the moment the driver jumped out of the truck.

"We are cautiously optimistic that by tomorrow morning, all drivers will be able to travel on all lanes of traffic," Bhatt said.

One of the people who stopped and helped the injured driver was Dave Fretz, who told 9NEWS over the phone he was formerly a CDOT worker. 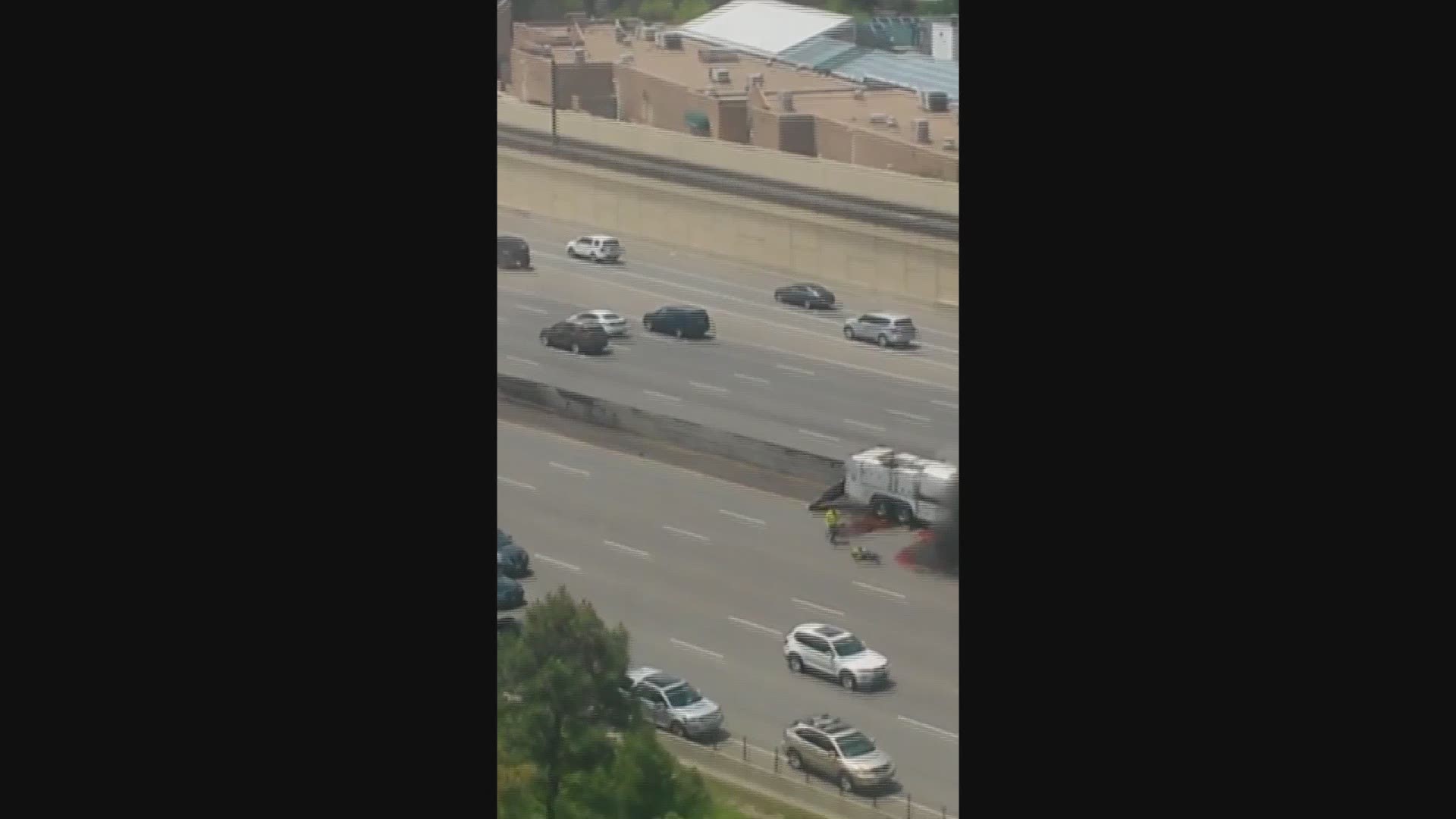 Fretz said he was driving in another lane when he saw the wreck and stopped. He said he just felt like he should help out.

Bhatt said during a news conference that two CDOT employees on the scene also helped driver out to safety.

Two CDOT employees on the scene helped driver out to safety. Smoke still coming off wreckage from truck fire on I-25.

The fire was extinguished after burning for nearly three hours. CDOT said in a press release it is working with emergency crews to repair the pavement caused by the fire. Heat from the fire caused damage mainly to the pavement and median barrier.

INTERVIEW: CDOT director on paying back E-470, the employee who saved the driver 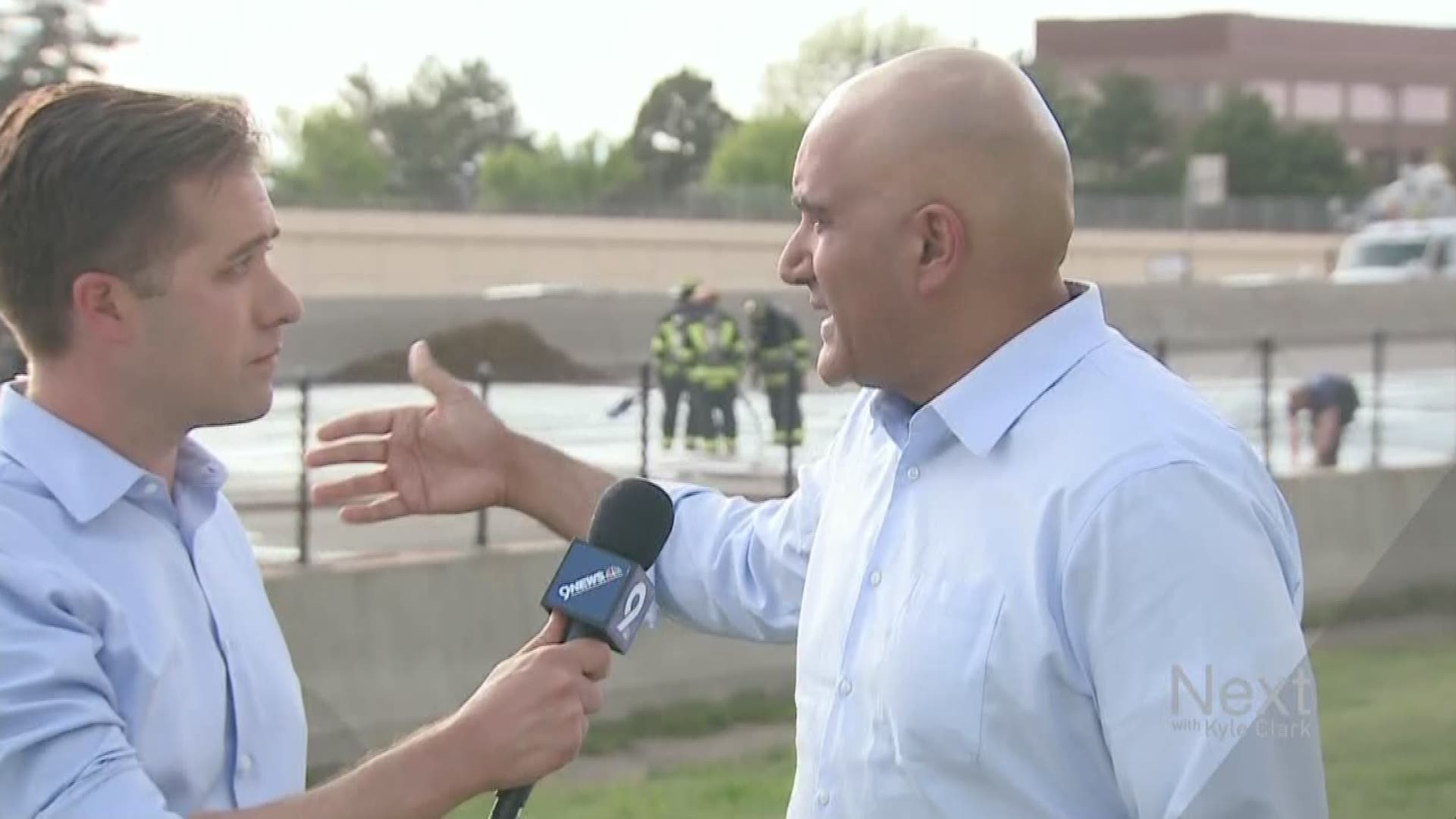 A bit of good news is that E-470 is waiving tolls in response to the I-25 closure from Orchard to Belleview. CDOT said on Wednesday that the agency will reimburse E-470 for money lost, instead of completely doing away with the tolls.

"I think it'll be part of a negotiation. They've been very good to work with. Ya know, it's a private road, it's a public-private entity," Bhatt said. "They're not interested in making a lot of money, but they also have responsibilities. I'd love it if they just waive it, but we'll have a negotiation around that."

Although some lanes of I-25 reopened for the Wednesday evening rush hour commute, CDOT urges drivers to take an alternate route, as heavy delays are still expected.

Traffic getting by in the right 2 and center lanes on SB I-25. NB likely to be closed for several more hours. Seek alt route pic.twitter.com/uq3J7Jxi9a

"We're not unnecessarily keeping the roadway closed," said Eric Hurst with South Metro Fire Rescue." It's in the effort of safety, making sure there's no other dangers that can occur."

"People frustrated on their drives home tonight, which I'm sure will happen, just keep in mind that we're doing our best to get it open as fast as possible and as safety as possible," Hurst said.

At this time, CDOT cannot talk specifics about how much repairs will cost, but that money will come out of CDOT's budget for now. Bhatt says badly damaged lanes will get a temporary patch.

Light rail service for the E, F and R lines between the Southmoor and Dry Creek stations was shut down because of the fire for hours. After an inspection, crews determined there was no damage, despite reports to the contrary, RTD said.

PHOTOS: Fire closes I-25 in both directions at Orchard