Traffic is being diverted onto U.S. 6 at the New Castle exit after a crash between the truck and a pickup. 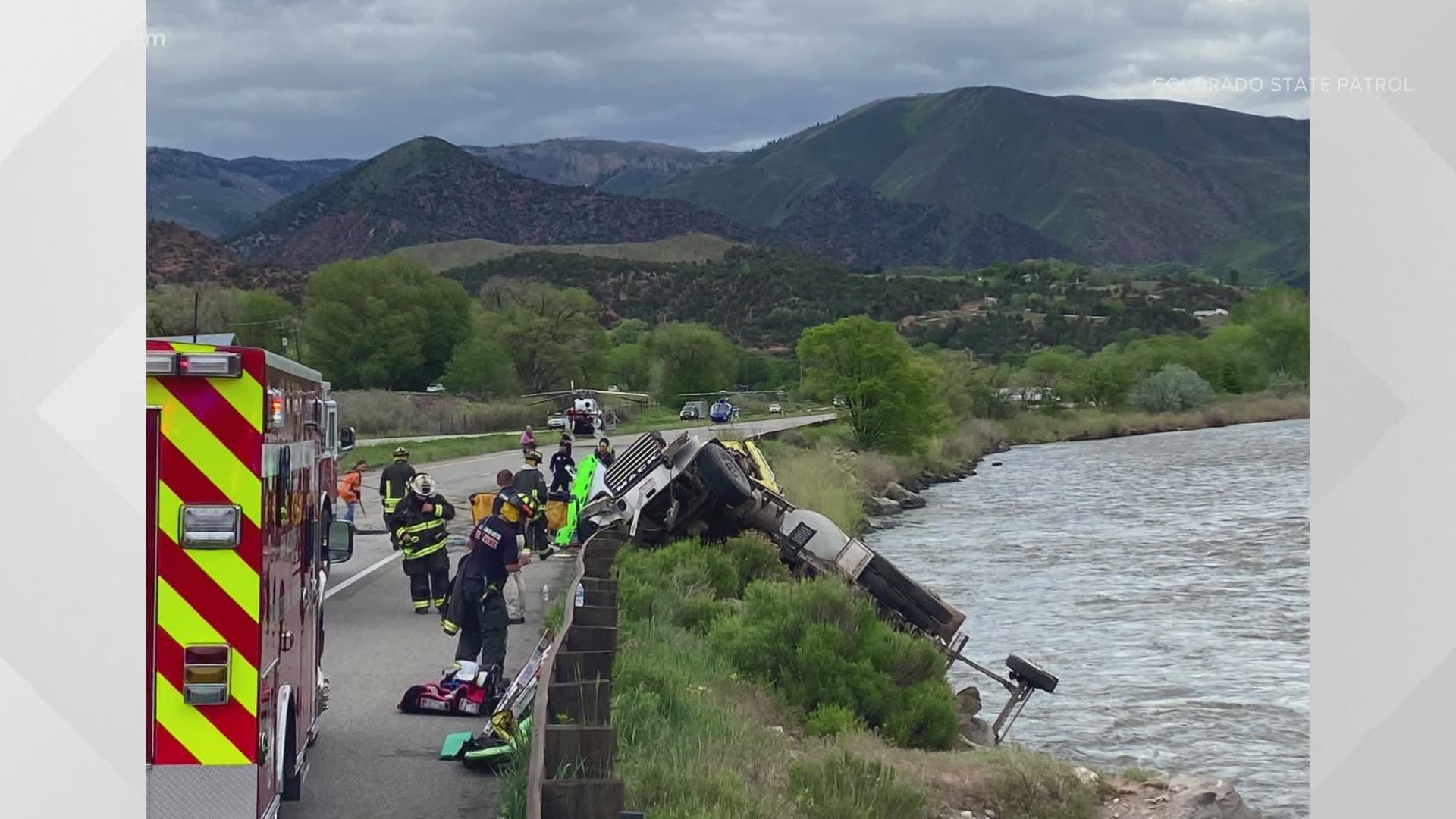 GARFIELD COUNTY, Colo. — A crash involving a concrete truck and a pickup closed the eastbound lanes of Interstate 70 near New Castle on Friday morning.

According to the Garfield County Sheriff's Office (GCSO), the crash happened about 9 a.m. at mile marker 107.

The closure of the eastbound lanes is expected to continue for several hours, GCSO said. Traffic was being diverted onto U.S. 6 at the New Castle exit and was re-entering I-70 at mile marker 109, according to GCSO.

Two medical helicopters were called to the scene to evaluate those who were injured in the crash, the sheriff's office said.

Westbound lanes were open but traffic was moving slowly through the area, GCSO said.

As of 3:15 p.m., the Colorado State Patrol (CSP) said that all parties had been extricated from the vehicles and were taken to hospitals. Tow trucks were on scene and working to clear the roadway.

CRFR currently on scene at a concrete truck vs. passenger truck accident at mm 107 on EB I-70. CRFR crews, along with multiple agencies, are assisting. NFI at this time. #CRFR pic.twitter.com/mjNjr0O48u

The sheriff's office was asking drivers using the detour on eastbound U.S. 6 not to slow down to look at the cleanup operations.