'I could tell the tires were not touching the ground': Drivers stuck in Glenwood Canyon overnight after mudslides, flooding

People sheltered in vehicles in the tunnel after making their way into Glenwood Canyon before it was fully closed. 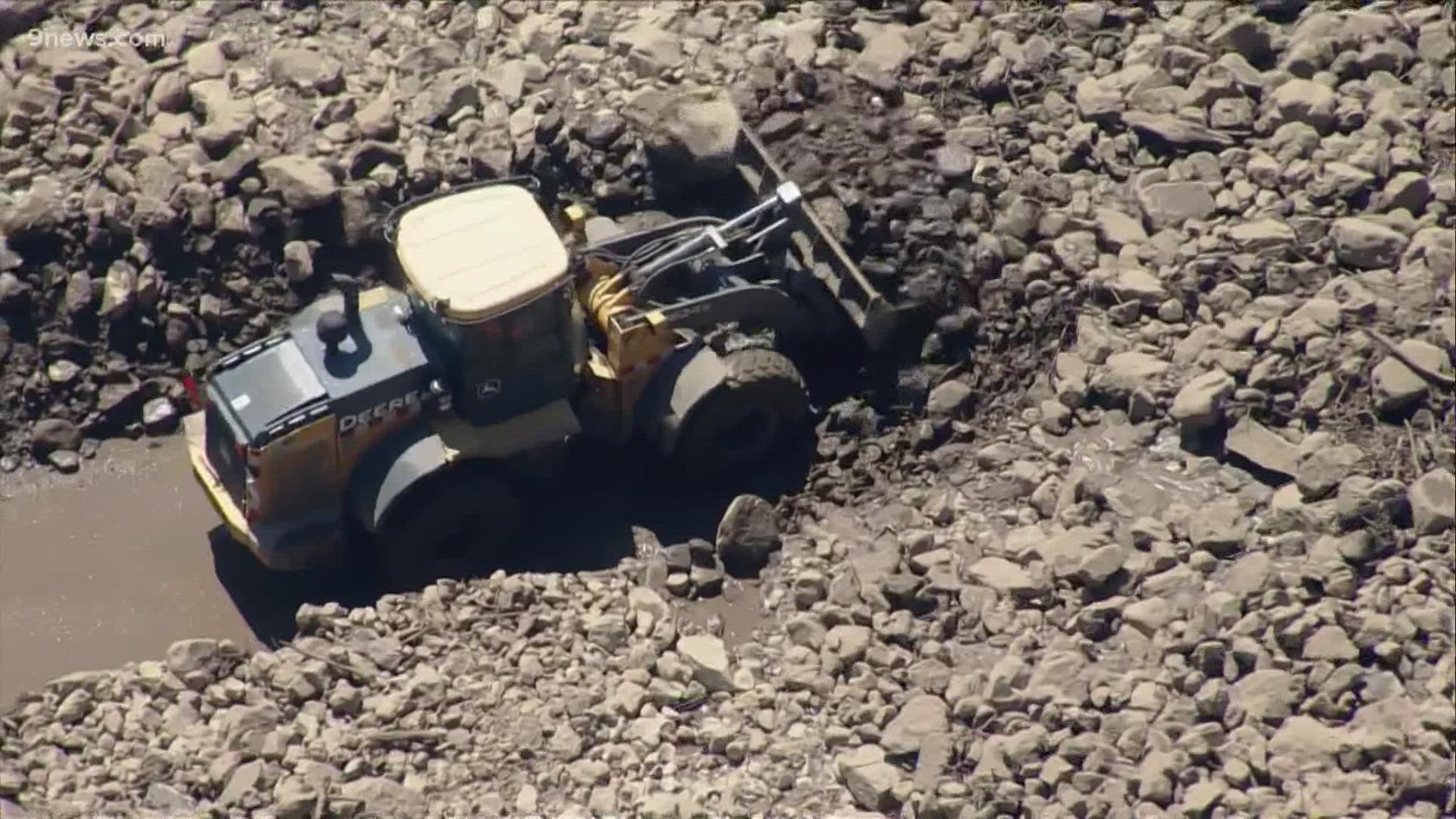 GARFIELD COUNTY, Colo. — Several of the more than 20 people who spent the night trapped on Interstate 70 in Glenwood Canyon described how quickly things changed late Thursday when an active storm cell moved in over the area leading to mudslides and flash flooding.

"We checked the road and it was open, so we headed home," said Kristin Thomas. “Got about two miles, got a warning on our phone of a flash flood watch, but we were in between two exits where you can’t get off."

Around 4:30 p.m. on Thursday, the highway was closed due to a Flash Flood Warning for the Grizzly Creek burn scar area. At 6 p.m., the warning expired, and I-70 was reopened, CDOT said.

Around 9 p.m., a new Flash Flood Warning went into effect after storm cells quickly built up in the area. Mudslides and debris reached I-70 within a few minutes, according to CDOT.

Thomas and her daughter Haley were headed back to the metro after hiking Hanging Lake as part of a birthday celebration around that time.  She said they kept going hoping to make it through the canyon before any flooding started.

“After the tunnel, it started pouring rain and then mudslides," Thomas said. “There was mudslides behind me and in front of me. I made it through the tunnel.”

Thomas said they stayed in their car all night and were not sure how bad things were until the first light when they could get out and see that damage. She said they didn't hear from any rescuers until about 6 a.m. when a CDOT worker tossed them water from the upper, westbound lanes of the highway.

A total of 29 people sheltered at the tunnel complex overnight, and 108 individuals have been evacuated from Glenwood Canyon or moved to a safe place, said CDOT.

“We hit a lot of rain, and it just got worse and worse," said Mark Allen, who is from Upland, California. He was driving on interstate 70 with his partner Sonia Gerberding and nephews 17 and 11 when they ran into trouble.

“When we got past the tunnel, the last tunnel, that’s when it was like, you couldn’t even see," he said. “Probably two feet of water started hitting the car."

Allen described some pretty scary moments as they watched water and mud overtake the highway.

"That was really scary and the water like going over this guardrail. It was a waterfall," Allen said.

At one point, he said, the water lifted their car.

"Yeah, it was moving the car. I could tell the tires were not touching the ground," Allen said.

Garfield County Emergency Operations was activated, and a temporary shelter was set up at the Glenwood Recreation Center with the American Red Cross to help those stranded.

“It’s been like a little community here, actually. Somebody was looking on oh do you have water? They were walking up and down and the guys were going up making sure that people were okay in the cars, nobody was injured and stuff last night," Allen said.

They were all on their way to Nebraska to attend the wedding of Gerberding's son, which is set to take place on Saturday.

“All the bouquets for the bridesmaids and the bride. I made them, so have them in the car haha.," said Gerberding.

GCSO and Glenwood Fire secured a bus from RFTA and headed into the canyon to reach the people that were in the tunnel. They followed Colorado Department of Transportation (CDOT) crews as they traveled through two debris flow areas to reach the tunnel.

Early Friday morning, the bus reached the tunnel and took people back to Glenwood Springs. Several people drove their vehicles out, following the bus to safety and shelter at the recreation center, according to GCSO.

“We followed the state patrol in his truck. I think there were five or six of us. We followed him out to this rest area we’re at now," said Thomas.

RELATED: 'Lengthy' closure of I-70 through Glenwood Canyon expected after 'significant' mudslides

Multiple vehicles are still stuck in the canyon, and CDOT said its crews would remove those vehicles and their occupants while cleaning up the debris flows.

The highway will remain closed through the weekend, CDOT said.