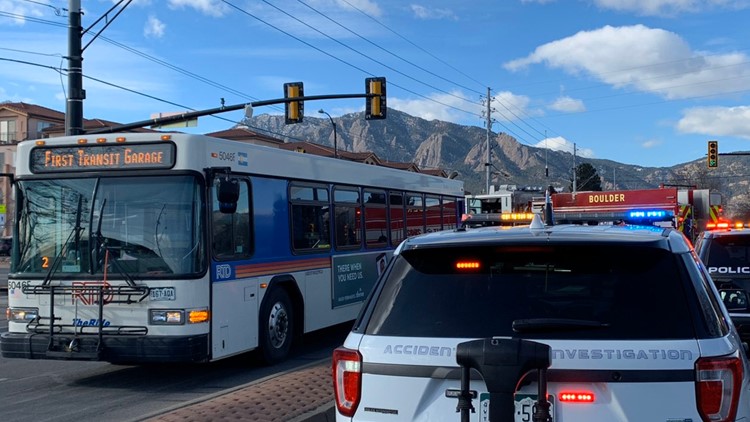 Pedestrian dies after being struck by RTD bus in Boulder

BOULDER, Colo. — An 85-year-old man has died after he was struck by a Regional Transportation District (RTD) bus Thursday morning, according to the Boulder Police Department (BPD).

BPD said a preliminary investigation indicates the RTD bus was making a left turn onto Mohawk Drive when he was struck.

The man was transported to the hospital, where he later died from his injuries.