For the next several weeks drivers should prepare for single lane closures and delays while potholes are repaired; Also for drivers slamming breaks to avoid potholes 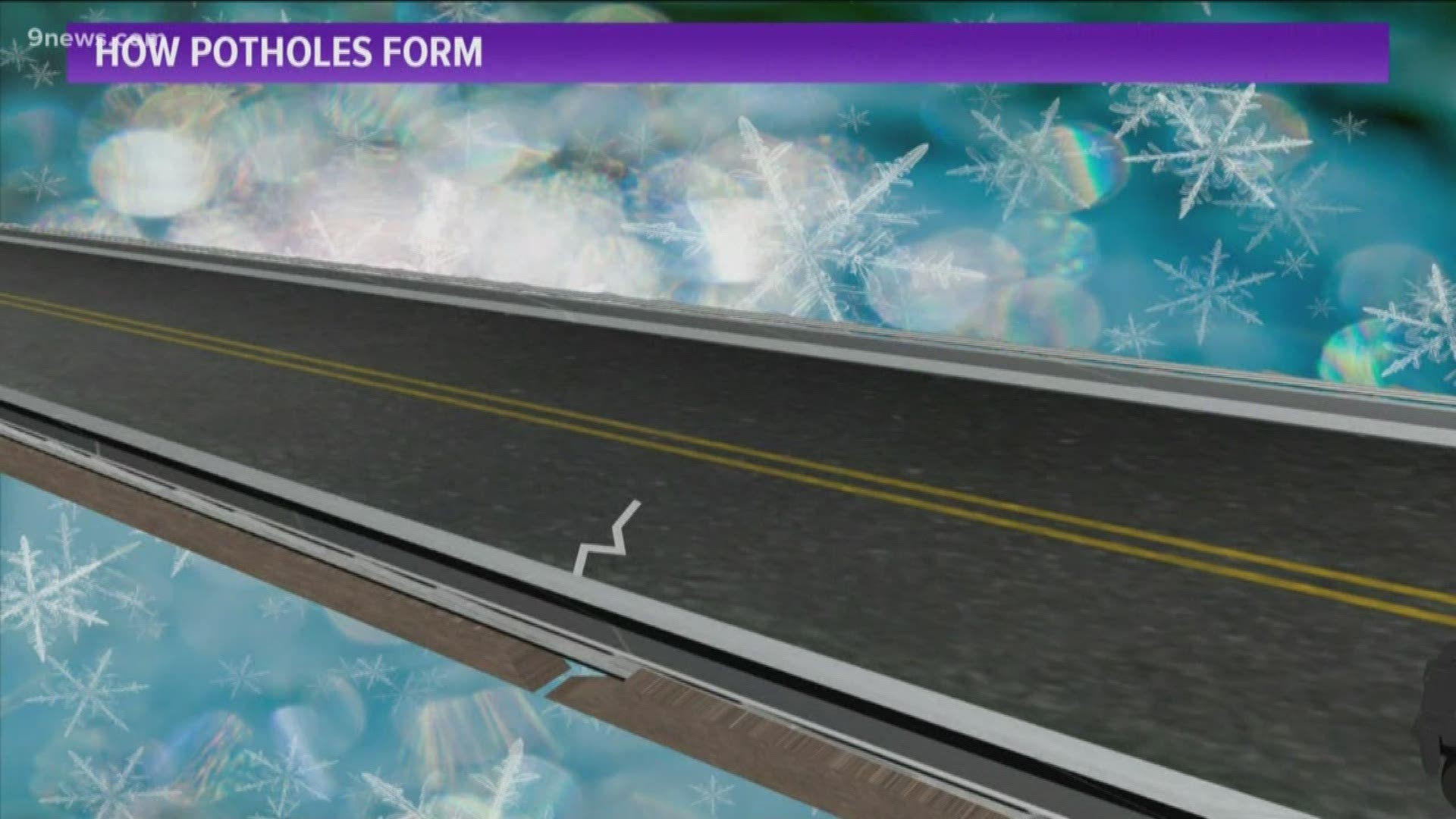 COLORADO, USA — It's the same story every spring.

Colorado drivers begin avoiding right lanes, swerving suddenly and slamming on breaks to avoid popping their tires on the potholes showing up on nearly every road.

To address this the Colorado Department of Transportation (CDOT) announced on Thursday it will begin to work on patching potholes throughout the state. The agency said this would lead to daytime lane closures and possible delays urging drivers to plan accordingly.

Motorists should slow down when approaching these work zones for the safety of the crews and everyone involved, said CDOT.

>The video above aired in 2019 and explains how potholes form.

The agency wants to remind the community that while most lane closures happen at night, patching potholes repairs are done mostly in the daytime to avoid further deterioration and damage to the roadway.

"Patching potholes is an essential part of the work we do to maintain our system so it's safe and reliable for the traveling public," said Executive Director Shoshana Lew. "In addition to plowing snow and keeping the road clear in the winter, our maintenance team plays a key role in making these critical repairs to roads across the state. Please respect their work zones and keep them safe on the job."

Each winter roads around Colorado sustain damage. CDOT recommends that if drivers cannot avoid a pothole, please reduce the speed and check the rear or side-view mirrors before swerving or braking abruptly.

Hitting a pothole at higher speeds greatly increases the chance of damaging tires, wheels and suspension components. Also, puddles require extra caution since they can disguise a deep hole.

CDOT has the following tips for drivers while traveling through a work zone: