5 ejected, 1 killed after vehicle rolls down flyover at I-70 & Peña Boulevard

Alcohol and drugs are suspected as factors in the crash, according to Aurora police. 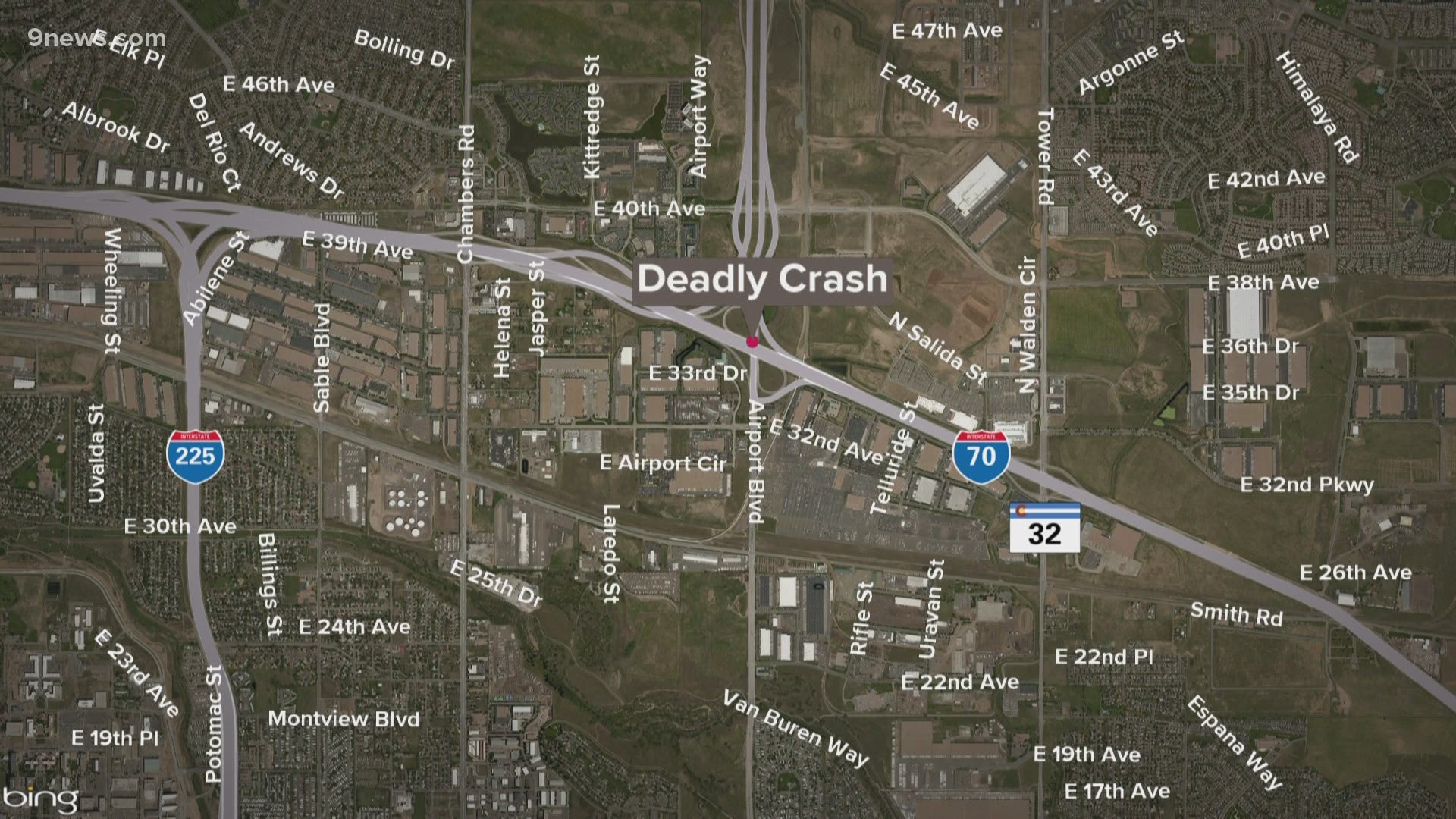 AURORA, Colo. — One person was killed in a crash Sunday morning when the vehicle he was in rolled off a flyover and down an embankment near Interstate 70, the Aurora Police Department (APD) said.

APD said a call came in at 8:59 a.m. for a crash involving a Ford Expedition containing six occupants.

According to APD, the driver of the SUV exited eastbound I-70 onto northbound Peña Boulevard and failed to safely negotiate the curve on the Peña Boulevard flyover above I-70. APD said it caused the SUV to leave the roadway, rolling down an embankment and ejecting five of the six passengers. It came to rest south of I-70 near a drainage canal, according to APD.

All six people were taken to area hospitals, and a 56-year-old male passenger died, APD said. His name will be released by the Adams County Coroner's Office.

Alcohol and drugs are suspected as factors in the crash, according to APD, and the incident is still under investigation.

Anyone who witnessed the crash, has dash cam footage, or has any information about the incident is asked to contact Metro Denver Crime Stoppers at 720-913-7867 or online at metrodenvercrimestoppers.com.

RELATED: Woman dies after being hit by vehicle in Denver